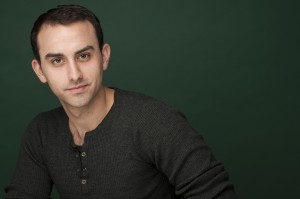 Christopher Dunham was preparing for his summer singing appearances in Italy, presenting Rossini’s “La Cenerentola” when his professor: Theodore Baerg approached him.  He had received a request for a top student to interpret a newly composed song about Ukrainian settlers.  Some of the words would be in Ukrainian.  The Niagara Falls, Ontario native who is of Scottish heritage was intrigued and pleased.  He immediately agreed.  That song is Edna Star.

Edna was the name of a post office on a farm in Alberta, near to where Canada’s first colony of Ukrainian settlers was established nearly 120 years ago. As often happened in early Western Canada, the post office passed on to another farmer in the area after a few years. He renamed it Star. History later referred to the first colony of Ukrainians in Canada as the Edna-Star settlement.

The lyrics locate the singer successively as a pioneer, as someone seeking acceptance, as an accomplished citizen and finally as an appreciative descendant. The song ends in Ukrainian, which Christopher delivers seamlessly.

Steve Andrusiak wrote the lyrics on Ukrainian Christmas 2011, sitting alone in his boyhood Montreal home, reflecting on his parents’ lives and those who preceded them to Canada.  Steve is a veteran CBC journalist, television producer and media-relations lecturer.  He has served as Dean of Communication Arts at Fanshawe College and performed with the popular Montreal band:  Rushnychok.

Music composer Igor Zhylyak was born in Karaganda, Kazakhstan where both of his parents’ families had been exiled during a brutal repression.  He earned teaching specialties in the button accordion and conducting at Memorial State Music Institute in Ivano Frankivsk, Ukraine.  Igor distinguished himself in music in Ukraine, Poland and the Netherlands.  He moved to Canada in 1996.

Alex Baerg is a classically trained musician turned audio engineer/producer. He is finishing his education at the Ontario Institute of Audio Recording Technology, after which he hopes to further his career as a producer and songwriter.