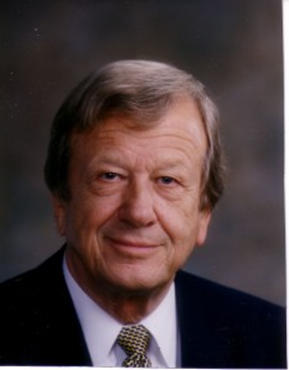 Mr. Huculak was born in Ukraine and immigrated with his parents to Canada in 1948. He founded the first Medical Pharmacy in Oshawa, ON and just retired from the position of president and chairman of the board of Medical Pharmacies Group, which is a chain of 37 pharmacies and over 650 employees in Ontario. Medical Pharmacies Group is the largest provider of pharmaceuticals to Long Term Care facilities in Canada.

In addition to his career successes, Mr. Huculak has been a very active member of the Ukrainian Canadian community and has been involved in numerous organizations. In 1962, Mr. Huculak organized an interdenominational school that was accredited by the Board of Education in Oshawa. Between 1963-1965, Mr. Huculak was a  Member of the Oshawa Library Board and became President of Business and Professional Club also in Oshawa. Recognizing the importance of Ukrainian youth Associations Mr. Huculak donated his time and energy and became the Leader (stanychnyj) of Plast in Toronto from 1983 – 1987.  Mr. Huculak was also President of Canadian Friends of Rukh for Canada, and is currently, one of the founders and director of the “Children of Chornobyl Canadian Fund”. In 1989, Mr. Huculak established the Huculak Chair of Ukrainian Culture and Ethnography which was the first endowed chair in the University of Alberta’s Faculty of Arts. Currently, Mr. Huculak  is also active in many professional, business and medical associations.

Mr. Huculak has been a financial and community supporter, donating substantial sums of money to UCC for Holodomor-Genocide information, as well as large sums of money to the Ostroh University in Ukraine. In addition to this Mr. Huculak provided funds to Plast -Toronto to purchase a building in Toronto for their scouting activities and for community use. Through the years Mr. Huculak has been a constant contributor to many charitable organizations and schools in Canada and Ukraine.

For all of his achievements Mr. Huculak has been awarded the highest honour that the Ukrainian Canadian Congress can bestow the “Taras Shevchenko medal” (1995).  In addition, he received the President’s Medal of Merit 3rd degree in 1996, and the Ukraine President’s Medal of Merit 2nd degree in 2001, from the Presidents of Ukraine. He was bestowed a Honorary Doctor of Laws Degree by U of Alberta 2001.  He was appointed as Honorary Consul of Ukraine in Canada 2003, and appointed to the Order of Canada in 2006. Most recently Mr. Huculak has received the Medal by the Ministry of Foreign Affairs of Ukraine 2009, Prince Ostroh gold Medal, by the Ostroh Academy 2011 and the Plast Order of “Eternal Fire” in gold 2011.

Mr. Huculak is married with his wife Yarmila, together they have five children and two grandchildren. The UCC is pleased to have this opportunity to honor Mr. Huculak and to thank him for all his dedication to the Ukrainian Canadian community.