The Holodomor and History: Bringing Ukrainians Back In – Transcript of Lecture by Professor Alexander Motyl01 February 2013
February 1, 2013in Forever Remembered 0 Likes 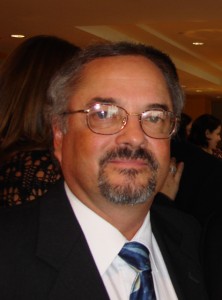 Walter Mychajlowskij   passed away suddenly in his home in Superior, Colorado, on January 16, 2013.   He   was 62 years old and planning his return to Canada and his retirement . Predeceased by his father Iwan, he is survived by his beloved children, Alexander(London, ON) and Melannya (Georgetown, ON), his mother, Nadia,   sisters  Valentina (Ihor) Kuryliw of Toronto and Lydia (Daniel) Huzyk of Vancouver, niece Ulyana Kuzmycz, and nephews Peter, Andrew, Christopher and Damian and their families, godchildren, and many friends who shall miss his smiling face and gentle disposition.   He shall also be missed by his extended family in Ukraine and his friends and professional colleagues in Canada and the United States.

Walter was born in Montreal, Quebec to Iwan and Nadia Mychajlowskij, survivors of both Bolshevik and Nazi terror, refugees who had just immigrated to Canada.  He completed his primary and secondary education at Lorne and Nesbitt schools, and Rosemont High School in Montreal. He was a member of the Ukrainian Youth organization,  ODUM and the Youth Choir, Moloda Ukraina.

Walter earned his Bachelor of Science in Chemistry with Honours from Sir George Williams University (Concordia)   in 1971  and his Ph.D. in Organic Chemistry at McGill University in Montreal in 1977.

For 24 years, he was employed as a senior research chemist in synthetic organic and polymer chemistry at Xerox Research Centre of Canada, Mississauga, Ontario. While at Xerox, he authored 47 patents in the   field of electrophotographic materials in the area of chemically produced toner, becoming one of a handful of people in the world with so many patents and numerous publications in this field.  At Xerox, Walter’s research activities provided the staff the skills required to undertake the research necessary to make a product that has been brought into production in both North America and in Japan.

From 2002-2004, Dr. Walter Mychajlowskij was employed as a Delivery Scientist for Hunt Imaging LLC of Cleveland, Ohio.  From 2004 to the end of his career (2012) he was employed by  Lexmark International Inc. as an Applied Research Engineer   and scientist working   on chemically produced colour toner and was a key player in bringing that technology to Lexmark.

Wally   was a wonderful father, devoted to his two children, whom he saw regularly either in Canada or during their visits to Colorado. He was close to his family, frequently visiting his ailing mother   and his sisters, Valentina and her family in Toronto  and Lydia  in Vancouver on holidays and special occasions. He enjoyed his travels to Great Britain, continental Europe,  Ukraine and Mexico and loved showing  Colorado to all his visitors.

A gourmet cook and accomplished photographer, his favourite pastime for many years   was golf.

A man of few words, only occasionally did he share glimpses of the highs and lows, of the hurts and joys of his life. He was a person who never maligned another human being, who never complained about what life dealt to him, who never boasted of the many significant achievements of his career, who never asked for help, who didn’t burden others with his own problems and heartaches, who carried out his responsibilities toward family and career with unfaltering dedication and commitment.

A gentle and private individual, a mentor, his unassuming personality,  sense of humour and captivating smile befriended many. He will be sorely missed by those who truly knew him.   May his soul find rest in eternity! Vichna Jomu Pamiat!

Visitation is scheduled for Sunday, Feb 3  at 5 p.m., followed by a Memorial Service at 7 p.m. at Cardinal Funeral Home,  92 Annette St. in Toronto. The funeral will take place at Monday, Feb 4, 11 a.m. at All Saints Chapel of Ukraine , St. Volodymyr Cultural Centre, 1280 Dundas St, West in Oakville. He will be interred at the St. Volodymyr Cemetery in Oakville.