I have just completed a successful four-day visit to Ukraine, underscoring the deep relationship between Canada and Ukraine.

My visit allowed me to focus on positive aspects of the bilateral relationship, including ongoing free trade negotiations, while raising Canada’s concerns about the deterioration of the rule of law and civil rights in Ukraine.

During my trip, I announced:

• that Citizenship and Immigration Canada issued a record number of Temporary Resident Visas to Ukrainians in 2012;

• our invitation to Ukraine to join the International Holocaust Remembrance Alliance.

You will find more information on my trip in these news releases:

As always, I would appreciate your comments or feedback. 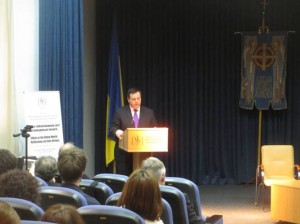 Minister Kenney speaking at an international symposium at the Ukrainian Catholic University in Lviv on “Ethics in the Global World: Reflections on Civic Virtues.” This growing and vibrant university is a proudly independent anchor of Ukrainian civil society (March 1, 2013). 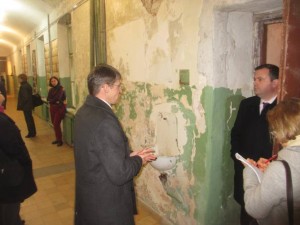 Minister Kenney visited the Lonsky Street Prison National Memorial Museum. Throughout the twentieth century, thousands suffered behind the Lonsky Street Prison walls at the hands of occupying powers, including both Nazi Germany and the Soviet Union. The site is a testament to the strength of the Ukrainian people in the past century, moving from foreign oppression towards freedom (March 1, 2013). 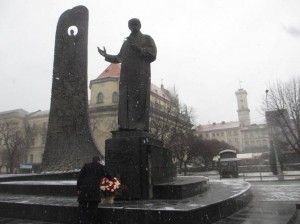 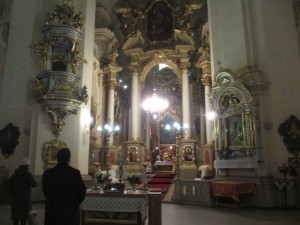 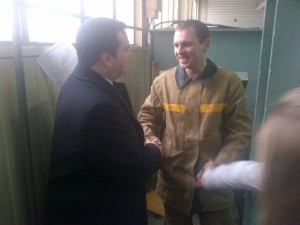 Minister Kenney speaking with Yaroslav, a welding student in Kiev. Yaroslav will be immigrating to Canada soon, thanks to our new immigration reforms (March 3, 2013). 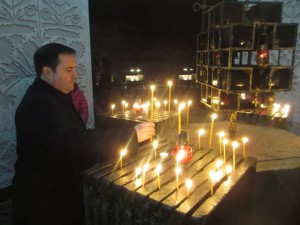 Minister Kenney lighting a candle at the Ukrainian National Holodomor Memorial, in memory of the millions killed in the genocide between 1932 and 1933. Canada was the first country in the world outside of Ukraine to recognize Holodomor, one of the greatest crimes in human history, as a genocide (March 3, 2013). 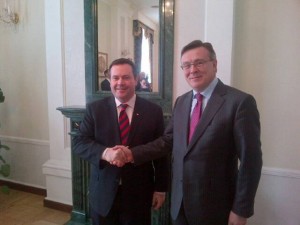 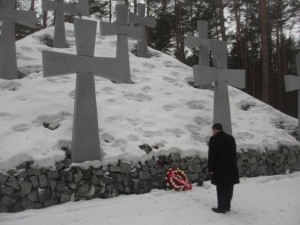 Minister Kenney places a memorial wreath at Bykivnia, the final resting place of over 200,000 Ukrainians and Poles who died here under Stalin’s orders (March 3, 2013).