During my visit to Ukraine earlier this week, I had the honour of meeting with His Beatitude Sviatoslav Shevchuk, Major Archbishop of the Ukrainian Catholic Church, and attending the Divine Liturgy at the Cathedral of the Resurrection in Kyiv.

As many of you know, Patriarch Shevchuk visited Canada last year, on occasion of the 100th anniversary of the arrival of the first Ukrainian Catholic Bishop in Canada, Nykyta Budka, who was later martyred in the Gulag by the Soviet regime. Patriarch Shevchuk also presided over the Ukrainian Catholic Church’s worldwide Synod of Bishops, held in Winnipeg just last Spring.

I also had the opportunity to meet with Patriarch Filaret of the Ukrainian Orthodox Church (Kyiv Patriarchate) at the Ukrainian-Jewish Encounter event. This initiative, sponsored by Citizenship and Immigration Canada, aims to find common ground between communities based on historical truth.

You may be interested in the following account of my trip. As always, I would appreciate your comments or feedback. 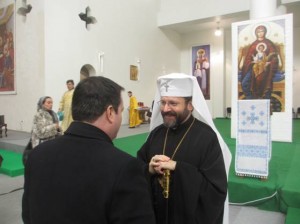 Minister Kenney meets with Archbishop Shevchuk at the Cathedral of the Resurrection. 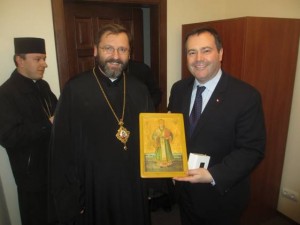 Minister Kenney presents an icon as a gift to Archbishop Shevchuk. 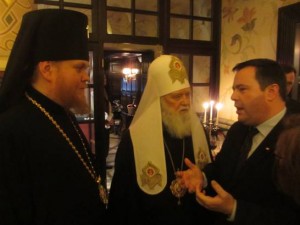 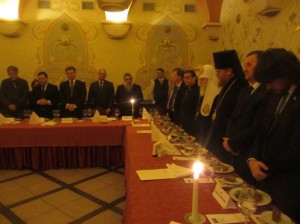