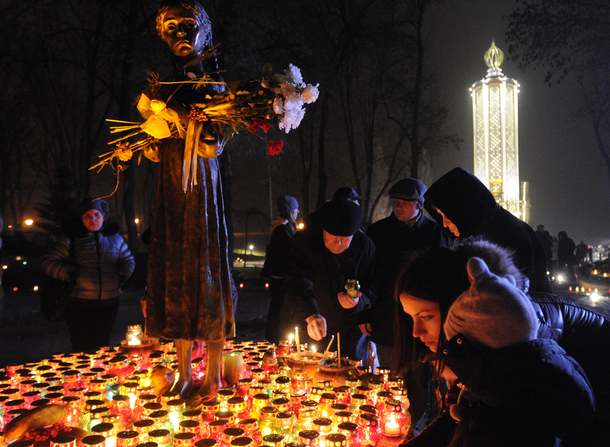 Ukrainain Mychajlo Zahorulko, originally from Manzhelina village, Poltava Oblast, now a resident of Montreal, recalls bodies being loaded onto carts and taken to the cemetery in 1933.

“They buried hundreds of people there… dug big holes and threw them in,” he says. “Sometimes you could hear that some of the people they brought were still alive. They begged, asking not to be thrown in (the grave), saying ‘we’re still alive.’”