REMARKS BY MR. STEFAN ANDRUSIAK ON THE 25TH ANNIVERSARY OF THE JAPANESE CANADIAN REDRESS AGREEMENT 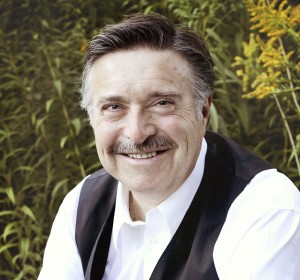 Since signing the Universal Declaration of Human Rights in 1948, Canada has attempted to make universal human rights a fundamental part of Canadian law.

And most Canadians believe our country is a positive model of human rights for the world.

This was not always the case. We have seen the rights of groups of Canadians reduced or removed during times of war and conflict on many occasions in our history.

For example, during World War I, the internment of Ukrainian Canadians was part of the confinement of “enemy aliens” in Canada both during the war and for two years after its end, lasting from 1914 to 1920, under the terms of the War Measures Act.

As a consequence thousands of Ukrainian men – and some women and children were confined in twenty-four internment camps and forced labour sites – known, at the time, as concentration camps. This unfortunately was an ugly precedent for the government’s internment of Japanese Canadians during World War II.

Following the attack on Pearl Harbour, Japanese Canadians were branded under the War Measures Act as “enemy aliens”. On 14 January 1942, the Government of Canada passed an order calling for the removal of male Japanese nationals 18 to 45 years of age from a designated ‘protected area’ 100 miles from the BC coast.

Many Canadian citizens are still unaware of the living conditions within the internment camps. where internees were placed in stables and barnyards, living without privacy in an unsanitary environment.

Their property was confiscated and many were repatriated to Japan, with thousands of Canadian-born, Japanese Canadians sent to a country they had never known.

Not only did the redress help the Japanese Canadians but it also helped to reform the Canadian society.

The agreement also awarded $12 million to the National Association of Japanese Canadians to promote human rights and support the community, and $24 million for the establishment of the Canadian Race Relations Foundation.

It is only fitting that tonight, the Canadian Race Relations Foundation is joining the National Association of Japanese Canadians to mark the 25th Anniversary of the Japanese Canadian Redress Agreement, signed between the Government of Canada and the NAJC, under the leadership of then President, Art Miki.

While we celebrate this remarkable achievement, we must remember the past and  acknowledge the historical injustices and racism which were sanctioned by the Government of Canada against Japanese Canadians, Ukrainian Canadians, First Nations and others and ensure that they do not recur.

It is only through education that we can be vigilant in safeguarding the rights of vulnerable Canadians, immigrants and newcomers.

Our fight must can and must continue to include these shameful episodes in:

i) Canadian history classes in our school curricula,

ii) in our textbooks;

iii) in our universities and college; and

And yes in the Canadian Museum for Human Rights. It is not by gently glossing over these episodes or by folding them into a general sense of regret that we will teach our young people and the less young the lessons that can ensure that these rights abuses will never recur in Canada.

Congratulations to the National Association of Japanese Canadians and to Art Miki who played such an important role in helping to achieve this historic agreement.

Merci Beaucoup – Thank you very much.