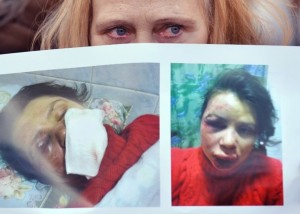 KYIV, Ukraine – The ambassadors of France, Germany, Finland, Belgium, the United States, and Canada have visited journalist and public activist Tetiana Chornovol, who was beaten in Kyiv on Dec. 25, in hospital.

Channel 5 reported on Friday that the diplomats had three minutes to talk to Chornovol. The ambassadors wished her get well soon.

After the meeting, the diplomats said that they were shocked by her condition and promised to control the investigation into the case.

“We all were shocked. We think that it is very important to show our support. I think the parliament has not only constitutional, but also moral obligations to ensure that journalists and public activists are protected from violence in this country,” Swedish Ambassador to Ukraine Andreas von Beckerath said.