The National Security and Defense Council (RNBO) reported at 12PM Kyiv time that Anti-Terrorism Operation (ATO) forces have carried out a redeployment, established new lines and have switched to active defense. Over 100 Russian mercenaries were killed in an airstrike on a Kremlin-backed terrorist base by Ukrainian forces near Snizhne. In the ATO zone, Russians have begun to loot mines and transport coal from Ukrainian mines to Russia. The RNBO stated that despite the fact that many civilians remain in cities and towns, Russian soldiers and Kremlin-backed terrorists continue to shell towns in Donetsk and Luhansk oblast. On 2 September, Kremlin-backed terrorists shelled Popasna, Luhansk oblast; civilians were forced to flee the city. The RNBO stated at 5PM Kyiv time that they are “seeing a reduction in military activity, including the use of artillery and other heavy weapons.”

2. Obama: NATO must send “unmistakable message in support of Ukraine”

US President B. Obama, speaking in Tallinn ahead of the Wales NATO Summit (4-5 September) stated,”Because of the work of generations, because we’ve stood together in a great alliance, because people across this continent have forged a European Union dedicated to cooperation and peace, we have made historic progress toward the vision we share — a Europe that is whole and free and at peace. And yet, as we gather here today, we know that this vision is threatened by Russia’s aggression against Ukraine.  It is a brazen assault on the territorial integrity of Ukraine — a sovereign and independent European nation.  It challenges that most basic of principles of our international system — that borders cannot be redrawn at the barrel of a gun; that nations have the right to determine their own future.  It undermines an international order where the rights of peoples and nations are upheld and can’t simply be taken away by brute force.  This is what’s at stake in Ukraine.  This is why we stand with the people of Ukraine today…It was not the government in Kyiv that destabilized eastern Ukraine; it’s been the pro-Russian separatists who are encouraged by Russia, financed by Russia, trained by Russia, supplied by Russia and armed by Russia.  And the Russian forces that have now moved into Ukraine are not on a humanitarian or peacekeeping mission.  They are Russian combat forces with Russian weapons in Russian tanks.  Now, these are the facts.  They are provable.  They’re not subject to dispute… And just as we never accepted the occupation and illegal annexation of the Baltic nations, we will not accept Russia’s occupation and illegal annexation of Crimea or any part of Ukraine…[W]e must continue to stand united against Russia’s aggression in Ukraine…So the United States will continue to help Ukraine reform — to escape a legacy of corruption and build democratic institutions, to grow its economy, and, like other European nations, diversify its energy sources, because no country should ever be held hostage to another nation that wields energy like a weapon…We’ll continue to offer training and assistance to help the Ukrainian military grow stronger as they defend their country.  And since ultimately there is no military solution to this crisis, we will continue to support President Poroshenko’s efforts to achieve peace.  Because, like all independent nations, Ukraine must be free to decide its own destiny. And this week, NATO must send an unmistakable message in support of Ukraine as well.  Our Alliance has had a partnership with Ukraine for more than 20 years.  Ukrainian forces have served with distinction in NATO operations in the Balkans and Afghanistan.  So in Wales, we’ll meet as an Alliance with President Poroshenko to show that our 28 nations are united in support of Ukraine’s sovereignty and right to defend its territory. Now, Ukraine needs more than words.  NATO needs to make concrete commitments to help Ukraine modernize and strengthen its security forces.”

Ukrainian President P. Poroshenko and Russian President V. Putin held a phone conversation. According to the press service of the Ukrainian President, “The conversation resulted in an agreement on ceasefire regime in the Donbas. The parties reached mutual understanding on the steps that will facilitate the establishment of peace.” Poroshenko stated that that he expects the Trilateral Contact Group to begin negotiations on Friday on the peaceful regulation of the situation in Donetsk and Luhansk oblasts, and that “I have great hope that in Minsk on Friday the peace process will finally start…The entire world knows that Ukraine is a country that strictly complies with obligations, international law, and today is the object of aggression by a neighboring state.”

Russian President Putin today told journalists, “I did speak with President Poroshenko this morning, and it seemed to me at any rate that our views on how to settle the conflict are very close, as the diplomats say.” Putin identified a 7 point plan as follows: “First, end active offensive operations by armed forces, armed units and militia groups in southeast Ukraine in the Donetsk and Luhansk areas. Second, withdraw Ukrainian armed forces units to a distance that would make it impossible to fire on populated areas using artillery and all types of multiple launch rocket systems. Third, allow for full and objective international monitoring of compliance with the ceasefire and monitoring of the situation in the safe zone created by the ceasefire. Fourth, exclude all use of military aircraft against civilians and populated areas in the conflict zone. Fifth, organise the exchange of individuals detained by force on an ‘all for all’ basis without any preconditions. Sixth, open humanitarian corridors for refugees and for delivering humanitarian cargoes to towns and populated areas in Donbass – Donetsk and Luhansk Regions. Seventh, make it possible for repair brigades to come to damaged settlements in the Donbass region in order to repair and rebuild social facilities and life-supporting infrastructure and help the region to prepare for the winter.”

Ukrainian Prime Minister A. Yatsenyuk stated that the ” ‘Seven points’ suggested by the Russian President, allegedly to resolve the crisis in Ukraine, remarkably imply the plan of salvation for the Russian terrorists…This is yet another ‘plan’ – an attempt to confuse the international community before the NATO summit [to] try to avoid the inevitable decisions of the European Union on imposing a new wave of sanctions against Russia…All previously approved by Russia understandings – in Geneva, Normandy, Berlin, Minsk – were just ignored or violated blatantly by the Russian regime. The best plan to stop [the] war of Russia against Ukraine can be comprised of [only one] point: Russia withdraws their regular troops, mercenaries and terrorists from Ukrainian territory, then peace will be reinstated in Ukraine.”

Ukrainian Canadian Congre
ss National President Paul Grod stated in the Globe and Mail, “Moscow’s aggression in Ukraine can only be stopped with a strong and unwavering response from NATO and the G7 countries that make it prohibitive for Russia to continue. This includes: decisive sectoral economic sanctions – particularly against the financial, defense and energy sectors; political isolation of Mr. Putin; and military support to Ukraine.”

The full article is available at http://www.theglobeandmail.com/globe-debate/ukraine-needs-natos-weapons-not-its-words/article20321269/#dashboard/follows/ 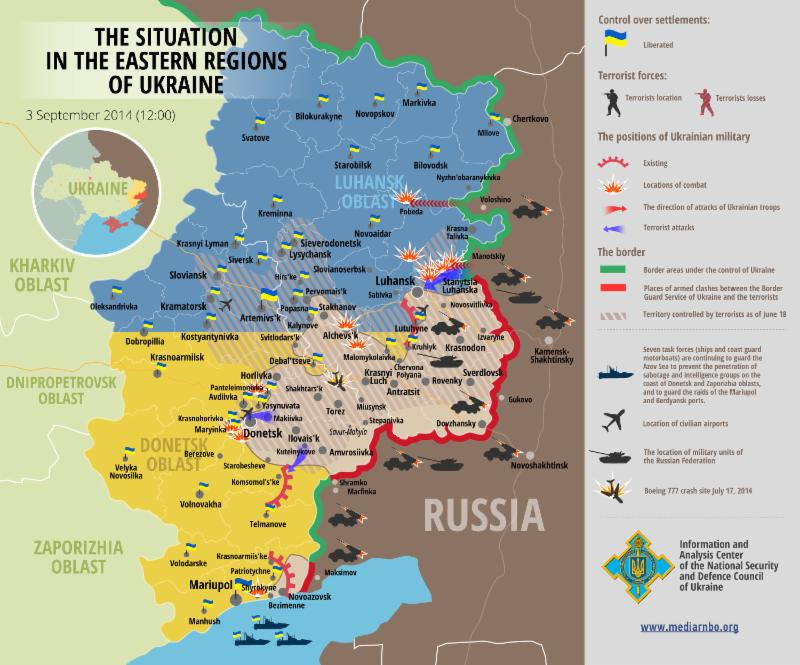