The National Security and Defense Council of Ukraine (RNBO) reported at 12:30 PM Kyiv time that Kremlin-backed terrorists and regular Russian army units are attempting to carry out localized offensive operations. The intensity of shelling of Ukrainian positions with mortars, artillery tanks and Grads (truck-mounted multiple rocket launchers) remains high. The RNBO reported at 12:30 PM Kyiv time that in the last 24 hours, no Ukrainian soldiers were killed and 19 Ukrainian soldiers were wounded. Kremlin-backed terrorists continued to shell residential areas. As a result of shelling by Kremlin-backed terrorists, in Debaltsevo, a 5 year old boy and 2 adults were killed; in Maryinka, one person was killed and 2 were injured; in Krasnohorivka, one person was killed and 3 people were injured. In an additional evening briefing RNBO spokesman A. Lysenko stated that intense battles are taking place at the Donetsk airport, and that Ukrainian units are holding their positions at the airport and inflicting heavy losses on the Kremlin-backed terrorists. “In violation of all previous agreements, Ukrainian units were attacked in the north of the anti-terrorism operation (ATO) zone by regular units of the Armed Forces of the Russian Federation. Intense battles are ongoing at the 29th and 31st checkpoints on the so-called Bakhmutska highway. ATO forces have stopped the advance of the Russian units.”

The foreign ministers of Ukraine, Germany, France and Russia will meet in Berlin for talks on 21 January, the German Foreign Office reported.

3. EU Foreign Affairs Rep: Relations with Russia can change only if Minsk is implemented

Speaking after the meeting of the EU Foreign Affairs Council on 19 January, EU High Representative for Foreign Affairs F. Mogherini stated, “Those who were expecting divisions, major divisions today on Russia, I think will be a little bit disappointed, because we are united. […] Our relations with Russia can only change if and when – I hope when, but at the moment it’s if – commitments that were taken in Minsk are implemented. And let me say that the latest developments on the ground are definitely not encouraging, rather the contrary. […]Our pressure on Russia, with the sanctions policy, where as I have said several times: any decision will be based on, first of all, the non-recognition policy of the annexation of Crimea and on the full implementation of the Minsk agreements, on the situation on the ground. And again today, the situation on the ground is definitely much worse than in the last weeks.”

4. Ukrainian President: Values are not for sale and we must do what it takes to defend them

In a speech at the University of Zurich on 19 January, Ukrainian President P. Poroshenko stated, “Today the threats faced by Europe are similar to those that are now struggled against in Ukraine. My country wages a war against terrorism. It fights at the forefront for the European values such as freedom, sovereignty and democracy.[…]I believe that the democratic world must further consolidate its joint and resolute response to aggression against Ukraine and violation of the international law by Russia. The efficiency of this response will, in fact, affect the future path of Ukraine. I believe and, it is internationally acknowledged, that the only way to de-escalate the conflict is to implement the Minsk agreements in their entirety and in good faith. If there is no resolution, Ukraine will have to continue paying a too high price of human lives, enormous spending on the defense, rather than on reforms. Basically, this is exactly what the aggressor aspires to. To stop the reforms. To prevent Ukraine from transforming into a modern European democratic state. […] Only together democratic nations can stand up for the freedom of present and future generations of humankind to live without fear, without threat of terrorism and build brighter future. Values are not for sale and we must do what it takes to defend them.” The full transcript of the speech is available at http://www.president.gov.ua/en/news/32086.html

The General Prosecutors’ Office of Ukraine stated that they have begun preparing documents regarding the extradition of former President V. Yanukovych, former PM M. Azarov and former Minister of Finance Y. Kolobov, after court decisions supporting motions of the General Prosecutor to take into the three into custody, “a mandatory condition for recourse to the law enforcement agencies of foreign countries for extradition of suspects to Ukraine for criminal prosecution.” Red Notices were issued by Interpol for Yanukovych, Azarov and Kolobov on 12 January. 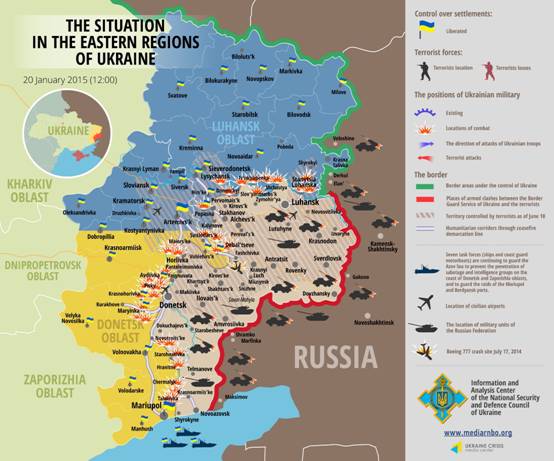