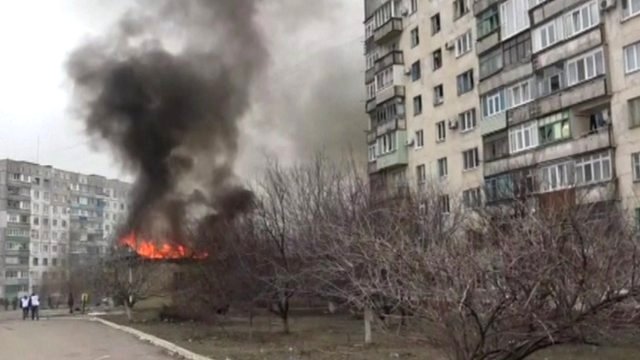 Today the OSCE confirmed that Putin’s proxies and Russian troops fired multiple rockets into
the center of Ukraine’s city of Mariupol. This is the latest in a series of murderous attacks on
civilians by these terrorists. It is obvious that Putin is moving to take the city of Mariupol and
establish a land bridge to Crimea which he illegally annexed from Ukraine.

We call on the international community to:

The world must not sit-by idly while Vladimir Putin invades and terrorizes a neighbouring
country.