On 14 May, the European Bank of Reconstruction and Development (EBRD) forecasted that “the economic disruption in the east of the country, the negative impact of the depreciation of the hryvnia, tight economic policies, energy tariffs hikes and a continued contraction of credit are expected to maintain pressures on the economy this year. GDP is now expected to shrink by 7.5 per cent this year – a worsening of the outlook since January, when a five per cent contraction was forecast. Assuming that the security situation does not deteriorate, that the IMF programme remains on track and other significant risks do not materialize, Ukraine is likely to register a recovery of around 3 per cent in 2016. Faster and successful reforms and abatement of the geopolitical risks may improve the growth outlook.”

At a meeting of the OSCE Permanent Council on 14 May, US Ambassador D. Baer stated, “It is Russia’s actions, in fact, that are hindering efforts toward a peaceful future for all of Ukraine. Russia maintains military command and control elements in eastern Ukraine, and coordinates joint military operations with the separatists. Russia continues to support and train the separatists. These actions are clearly contrary to the Minsk agreements. We welcome the inaugural meeting of the Trilateral Contact Group’s working groups, while stressing that their success rests on the full implementation of the Minsk agreements through a genuine ceasefire and the verifiable withdrawal of heavy weapons. We urge the members of the working groups to take immediate and concrete actions that ensure the full implementation of Minsk. The test of success is not in the holding of meetings, but in progress on the ground. […] In closing, let me remind colleagues that as we discuss the immediate situation in eastern Ukraine, we should not forget that this crisis began when Russian troops entered Crimea in 2014. Russia must respect Ukraine’s sovereignty and territorial integrity, and end its occupation of Crimea.” 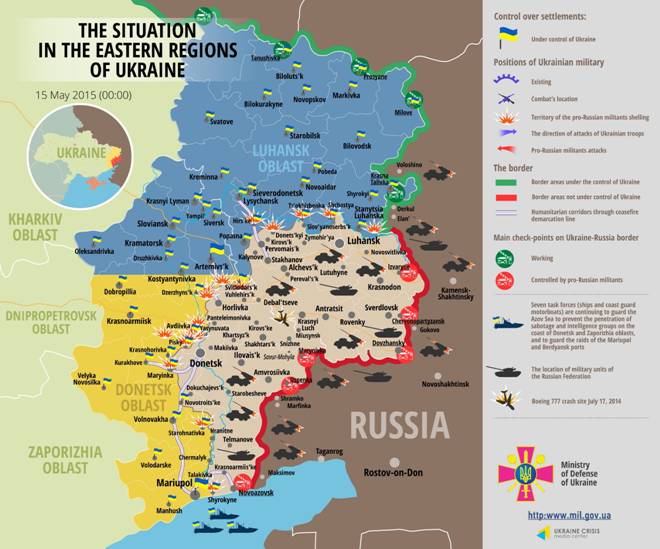