Ukrainian PM A. Yatsenyuk stated that the Ukrainian government will file a case against Russia at the European Court of Human Rights, a part of which is the “violation of the right to fair trial of Oleh Sentsov and other Ukrainian citizens who were illegally convicted by Russian courts. Ukraine demands an immediate consideration of this case and [demands] that the Russian Federation be held responsible for violations of norms of international law,” Yatsenyuk stated. Yatsenyuk called yesterday’s verdict and sentencing of Sentsov and Kolchenko an “inhuman decision of a so-called show ‘court.’ It is impossible to call this a trial – this is a political reprisal against Ukrainians.” Yesterday, Sentsov and Kolchenko were illegally sentenced to 20 and 10 years imprisonment, respectively, by a Russian military court on fabricated terrorism charges.

On 25 August, the World Bank approved a $500 million loan to finance the Second Multi-Sector Development Policy Operation in Ukraine.  The World Bank stated, “This new financing supports a number of high-priority structural and macroeconomic reforms to improve the country’s public sector governance, business environment, energy and social assistance. […] In particular, reform measures supported by this loan – the second in a series of two – will promote good governance, transparency, and accountability in the public sector. The loan ensures that scarce public resources will be used effectively to provide quality public services at a crucial time. At the same time, the operation will support efforts to strengthen the regulatory framework and reduce the cost of doing business. This should help unleash private enterprise and help create sustainable and good quality jobs for Ukrainians. Finally, this operation will assist the authorities to continue reforming inefficient and inequitable utility subsidies while protecting the poor from tariff increases by strengthening social assistance.”

A recent order by Russian President V. Putin decreed that all Russian military deaths “in peacetime” are designated a state secret. Forbes reported that the Russian Business Life (Delovaya Zhizn), which reports on markets and finance, published an article, Increases in Pay for Military in 2015, which “reveals what appear to be official figures on the number of Russian soldiers killed or made invalids ‘in eastern Ukraine.’ Russian censors quickly removed the offending material but not before it had been webcached,” Forbes stated. The uncensored Delovaya Zhizn article stated, “the Russian government, in a decision about the monetary compensation of military personnel taking part in military action in eastern Ukraine, approved compensation for families of military personnel who were killed taking part in military action in Ukraine of three million rubles (about $50,000). For those who have become invalids during military action, the compensation is one and a half million rubles (about $25,000). A payment of 1,800 rubles is envisioned for contract ‘fighters’ for every day of their presence in the conflict zone. In all, as of February 1, 2015, monetary compensation had been paid to more than 2,000 families of fallen soldiers and to 3,200 military personnel suffering heavy wounds and recognized as invalids.” Forbes stated, “The Russian censors have removed the incriminating information. The Kremlin will claim that the webcached material is a forgery. The figures, however, make sense and confirm what should be obvious to all: Russian troops are in east Ukraine and are being supplied with heavy weapons by Russia.  Deadly battles–such as those at Donetsk Airport and Debaltseve–have resulted in heavy casualties on each side. We also know how the Russian dead are secretly transported back to Russia for furtive burials. Despite this mass of evidence, only one-quarter of Russians believe the Russia has troops in Ukraine. Will the presence of 3,200 war invalids and more than 2,000 grieving families erode the belief that Russia is not conducting a war with its own troops against Ukraine? It seems that time and events will raise the number of Russians who believe the truth.” 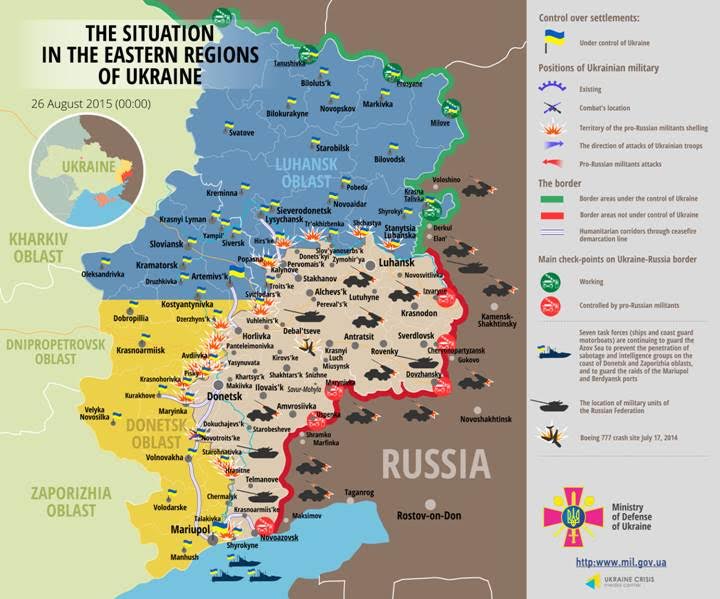