FEDERAL CANDIDATES AND PARTIES DECLARE THEIR POSITIONS ON UKRAINE

FEDERAL CANDIDATES AND PARTIES DECLARE THEIR POSITIONS ON UKRAINE 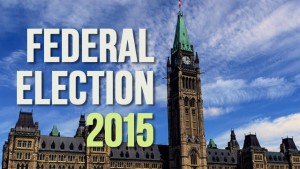 Dear Friends,
As we draw closer to Canada’s federal election day, the Ukrainian Canadian Congress (UCC) encourages all Canadians to get out and vote, and also to be politically active. Your  support for a candidate or a political party can make a real difference in the outcome of the election.
The Ukrainian Canadian Congress unifies and represents the interests of the entire Ukrainian Canadian community in a non-partisan manner.  As such, the UCC does not endorse political parties nor individual candidates for office.
During this election campaign, the UCC posed a number of important questions to the party leaders and individual candidates. We also offered to meet with candidates and party leaders from the Conservative, New Democratic, Liberal and Green Parties to discuss their positions on these key issues.
The UCC sent surveys to party leaders and local candidates. The responses of the party leaders to the UCC’s election survey can be found here

The answers provided by local candidates are organized by province, then riding, and can be found here for

By being politically active in Canada, we will best help our community as well as our brothers and sisters in Ukraine who are defending their homeland from Putin’s occupation and aggression.
We look forward to working with the Government of Canada and all parliamentarians in a non-partisan manner over the coming years to address issues of importance to the Ukrainian Canadian community.
Best wishes,
UKRAINIAN CANADIAN CONGRESS
Paul Grod, National President
0 Likes