Thank You to Our Volunteers! Together We Keep Our Community Strong12 April 2016Next 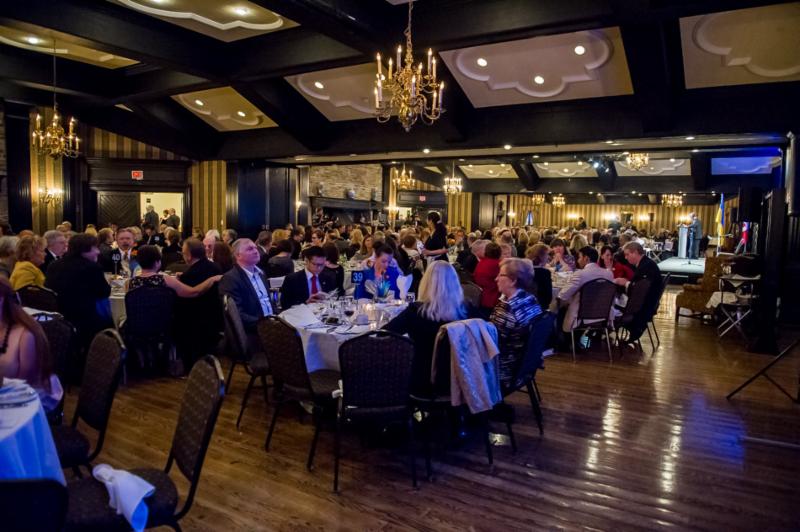 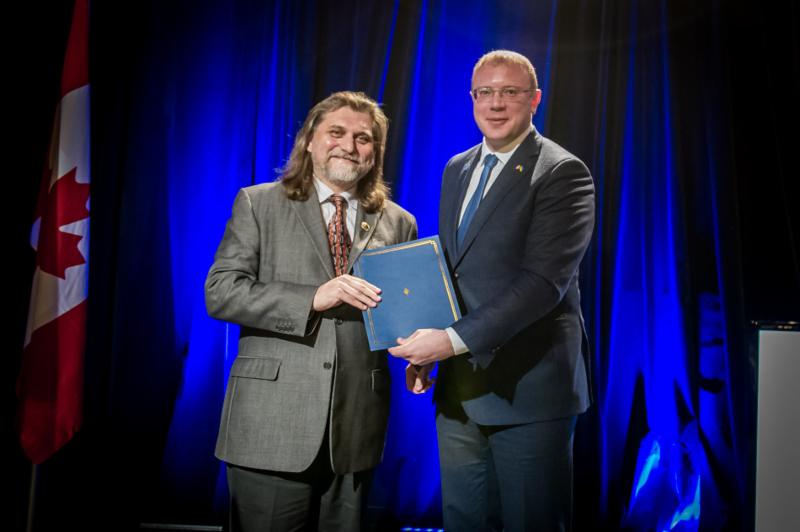 Member of the UCC’s Presidents’ Circle and Advisory Council Eugene Roman led a lively round of fundraising in support of the UCC. The highlight of the event was a fireside chat discussion with Ukraine’s Ambassador to Canada Andriy Shevchenko, Ukraine’s Ambassador to the United States Valeriy Chaliy and UCC National President Paul Grod. The energetic discussion was moderated by Ukrainian journalist and TV anchor Hanna Homonai. The participants discussed a wide range of topics, including Russia’s war against Ukraine, the political crisis in Ukraine, Canada’s and the international community’s continued support for Ukraine and the role of Canada’s Ukrainian diaspora in assisting Ukraine. The panelists also answered questions posed by the audience. 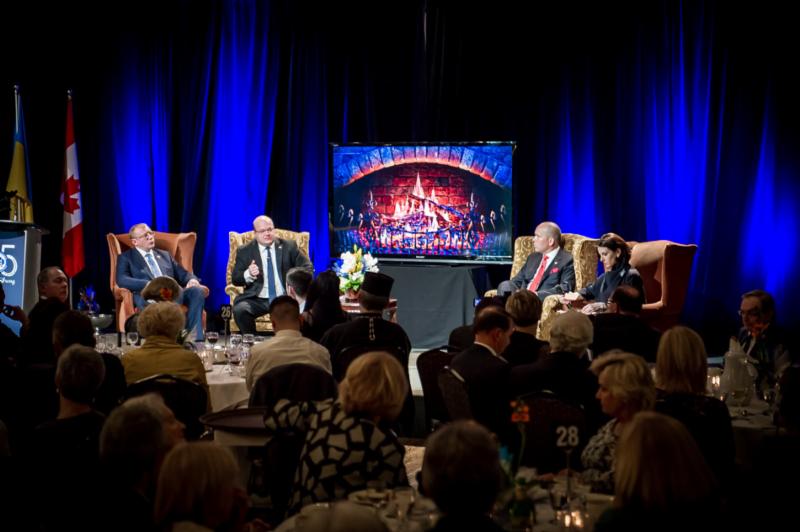 For an article on the event by the New Pathway (Новий Шлях) http://www.newpathway.ca/?p=6226
The next evening, the Ukrainian Canadian community of the Niagara Region welcomed Ambassadors Shevchenko and Chaliy and Paul Grod at the Black Sea Hall in St. Catharines to continue the celebrations of the 75th anniversary of the UCC. 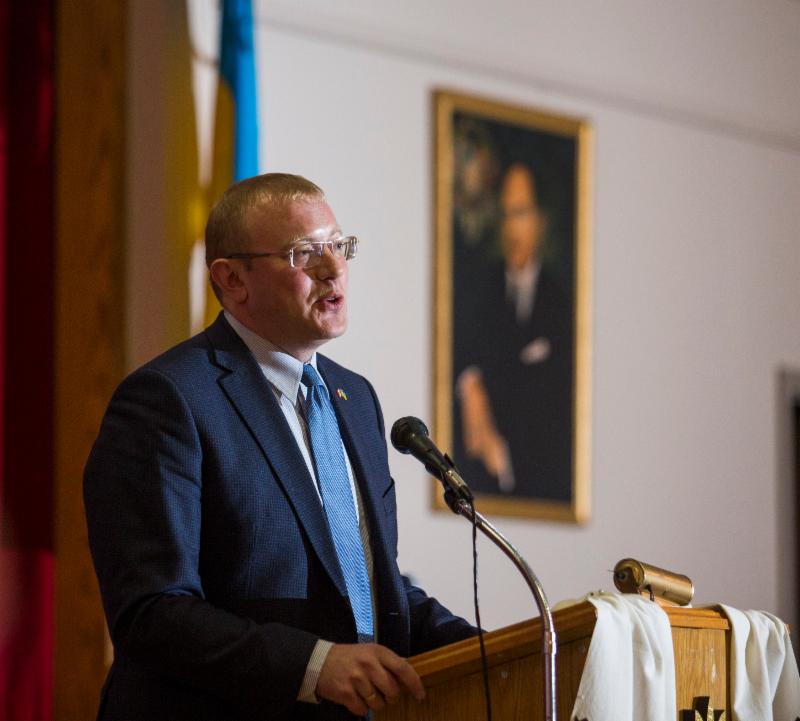 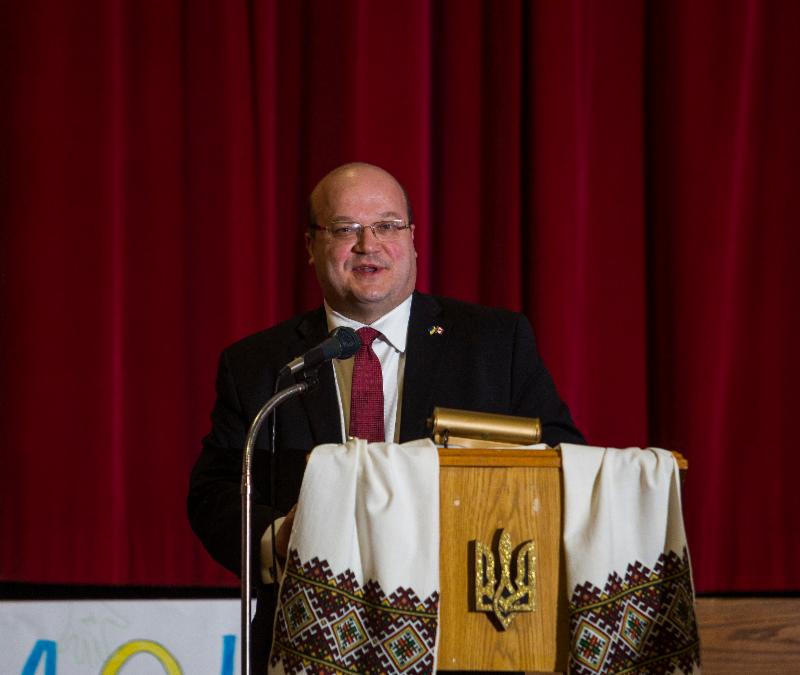 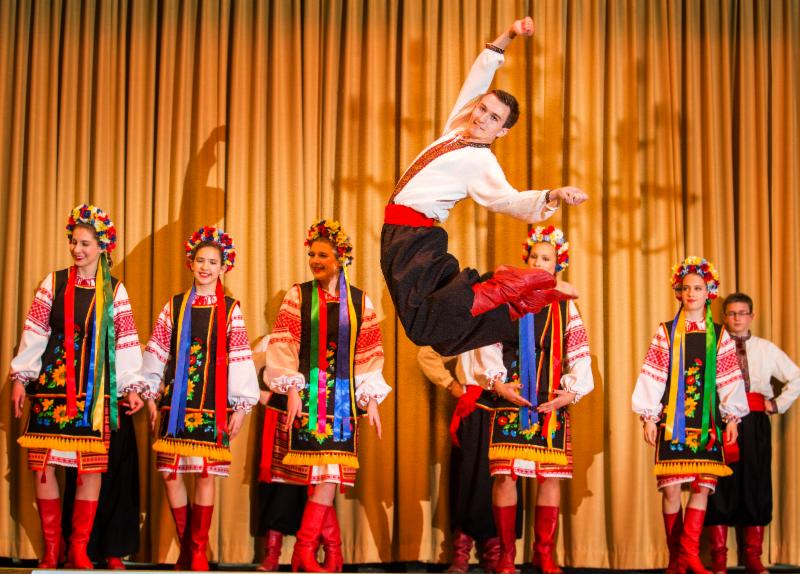 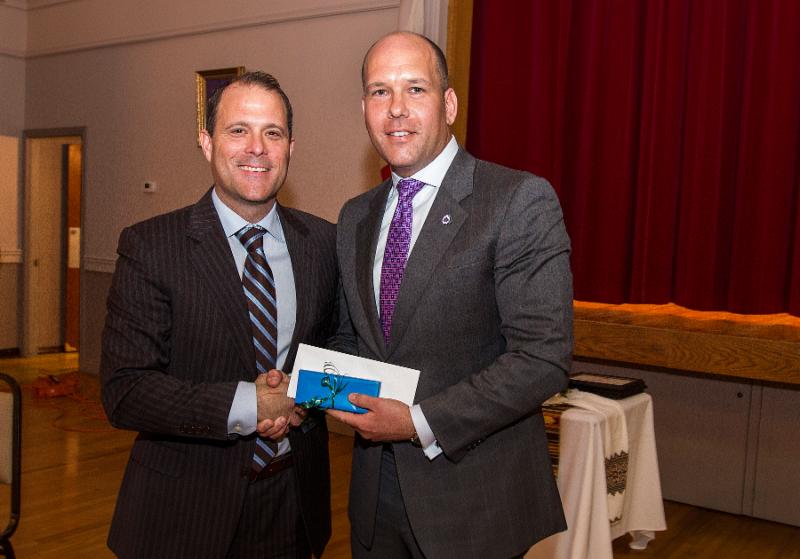 “Most of all, I would like to thank the two Ambassadors from Ukraine to Canada and the United States, Mr. Andriy Shevchenko and Mr. Valeriy Chaly, our National UCC President Pavlo Grod and their families, for joining us and making our evening a very special one. Their enthusiastic speeches gave us all hope and optimism that our work in Canada and in Ukraine is important, and that with our help a great deal can be done to improve the lives of our Ukrainian brothers and sisters. A sincere and warm thank you to everyone in our community!”
-Irena Schumylo-Newton,
President UCC Niagara
For an article on the event by the St. Catharines Standard, please see
http://www.stcatharinesstandard.ca/2016/04/10/niagara-ukrainians-celebrate-75-years-of-coming-together
“On behalf of the UCC, I would like to thank all the organizers, sponsors and attendees of the events in Toronto and Niagara for fantastic and engaging evenings,” stated Grod. “Together as a community we have accomplished so much, and your generosity and support will allow the UCC to continue to work tirelessly in support of our community here in Canada, and in support of our brothers and sisters in Ukraine for years and decades to come.”
The President/Ambassador Tour celebrating the 75th anniversary of the Ukrainian Canadian Congress continues. The next stop is Alberta – Edmonton, Calgary & Red Deer! 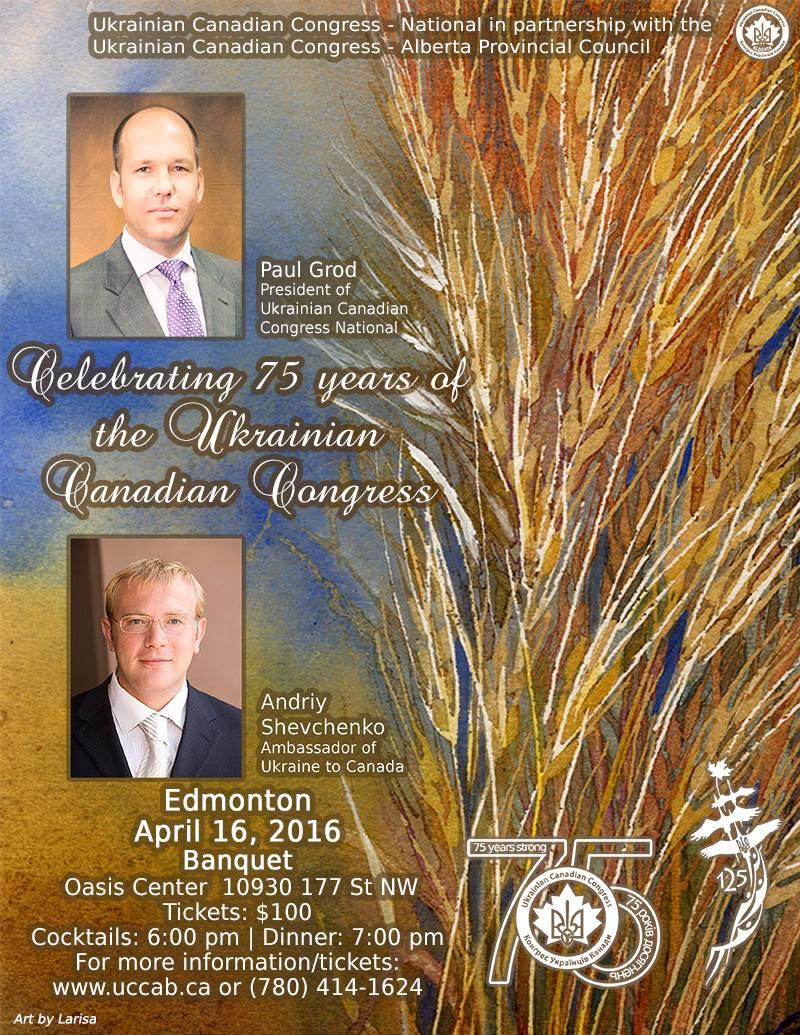 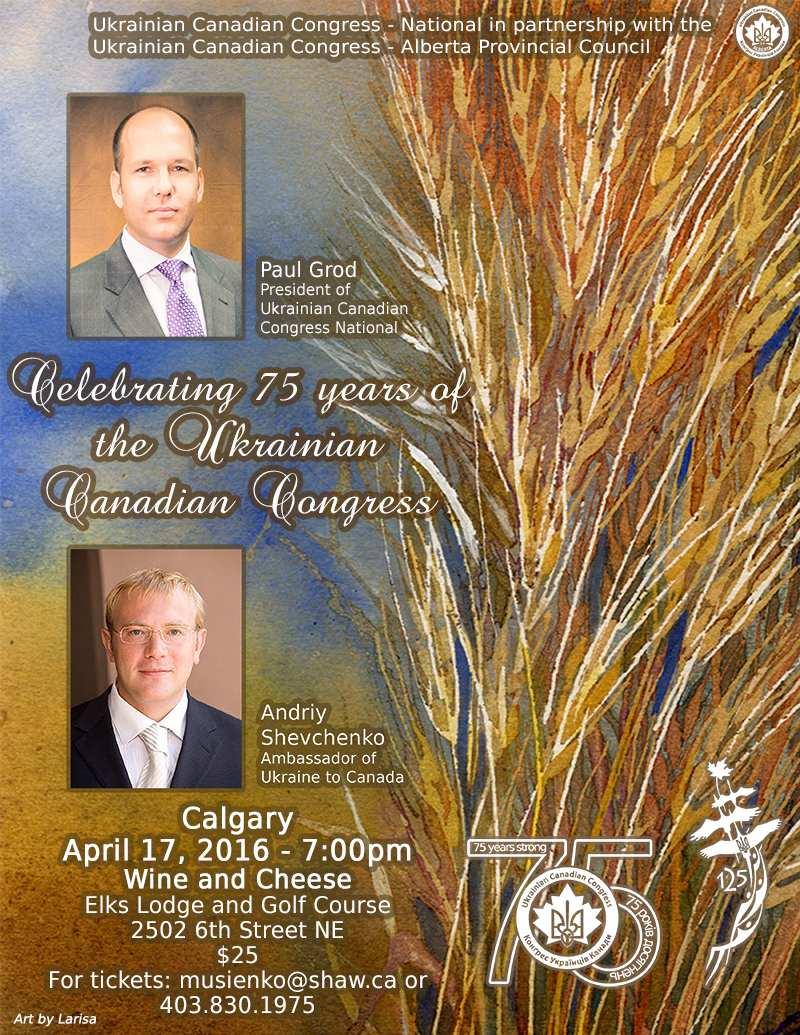