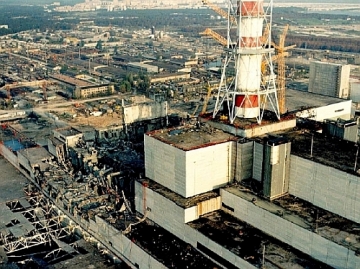 The Ukrainian Canadian Congress (UCC) asks that all Canadians take time to remember the victims of this terrible tragedy.

“Three decades after Chornobyl, the people of Ukraine continue to suffer from its effects. We must never forget this terrible tragedy, which changed Ukraine and the world forever,” stated Paul Grod, National President of the UCC. “We gather in our communities to grieve for the victims, and to pray for all those that suffered and continue to suffer the aftermath of this awful disaster.”

For more information on humanitarian projects of the Children of Chornobyl Canadian Fund, please see http://chornobyl.ca/

Vigils, services and solemn commemorative events of this terrible tragedy are being held in communities across Canada:

8PM – Saint Paul University Amphitheatre – Ukrainian Canadian Film Festival (UCFF2016: kino-fest.ca) “Russian Woodpecker” by Chad Gracia. A Ukrainian victim of the Chornobyl nuclear disaster discovers a dark secret and must decide whether to risk his life by revealing it, amid growing clouds of revolution and war.

-Open talk with a liquidator from Ukraine and an opportunity to discuss with him and with the high-school students the following topics: the history of Chornobyl, experience of an army servant in the USSR, his story as an liquidator being a 19 years old, consequences of the catastrophe etc.

Light refreshments provided. RSVP before Wednesday, April 20 by emailing to ivaplak@gmail.com or calling/texting to 613-276-2105 to obtain a security pass from the school board.

Sunday April 24, at the Ukrainian Catholic Church of the Holy Cross a memorial service will be held for the Children of Chornobyl

-The Ukrainian Museum of Canada, Saskatoon is entitled Chornobyl: 30 Years Later featuring the artwork of Kathy Nicholaichuk, Toronto. The exhibition opened March 1 and will be on display until April 30.

Join our community for a commemorative gathering near the Chornobyl catastrophe commemorative plaque at William Hawrelak Park in Edmonton.

-Tuesday, April 26th – The Edmonton community commemorations marking the 30th anniversary of the Chornobyl catastrophe will be broadcast live on World FM Radio. Listeners in the Edmonton area can tune in for the on-air broadcast at 101.7 FM. The event can also be heard worldwide via live streaming audio at www.worldfm.ca. TIME:  7:00-8:00 pm MT

One hour earlier, 6:00-7:00 MT, tune in the regular daily broadcast of Ukrainian Edition at the same coordinates.

-On April 26th, 7pm at the Assumption of the Blessed Virgin Mary Ukrainian Catholic Church 704 Sixth Street NE a Holy Liturgy will be held to pray for those still suffering from the devastation of the disaster of Chornobyl, with a Panakhyda to follow for those who lost their lives during this nuclear catastrophe.