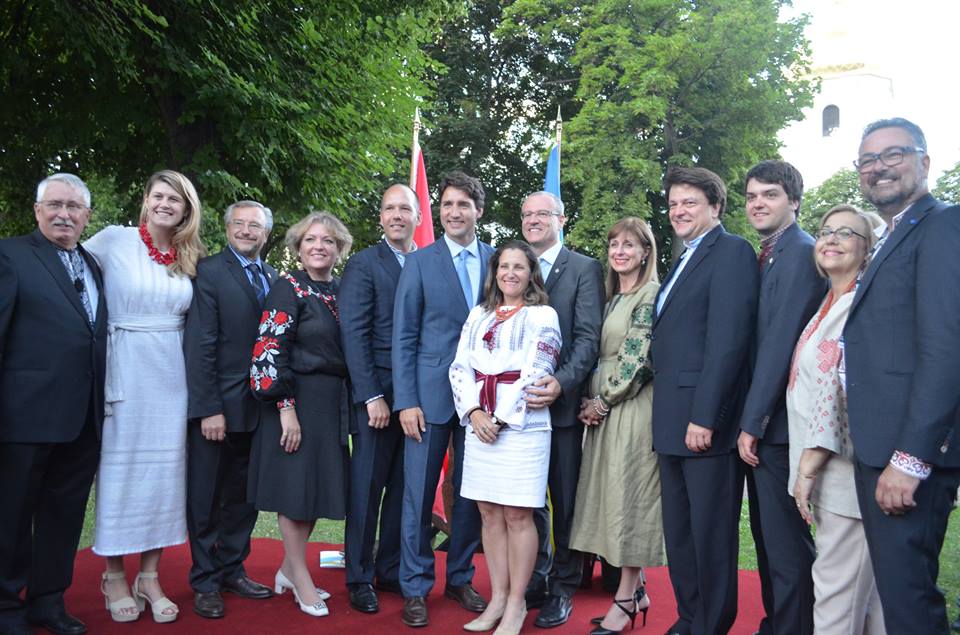 July 13, 2016. OTTAWA. The Ukrainian Canadian Congress (UCC) congratulates the Prime Minister of Canada, The Right Honourable Justin Trudeau, on his historic visit to Ukraine, which took place July 10-12, and welcomes the announcement of additional Canadian support for Ukraine. 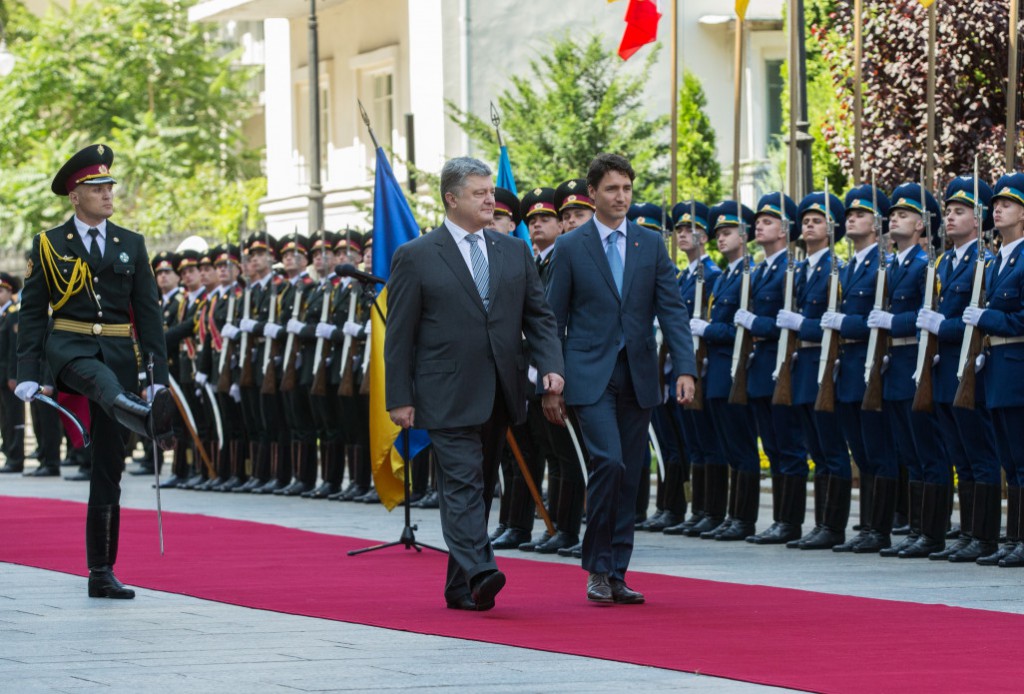 On July 11, Prime Minister Trudeau, accompanied by Minister Freeland, Borys Wrzesnewskyj and the UCC delegation visited the Babyn Yar Monument, the Park of Eternal Glory and the Holodomor Monument and Holodomor Commemoration Museum. 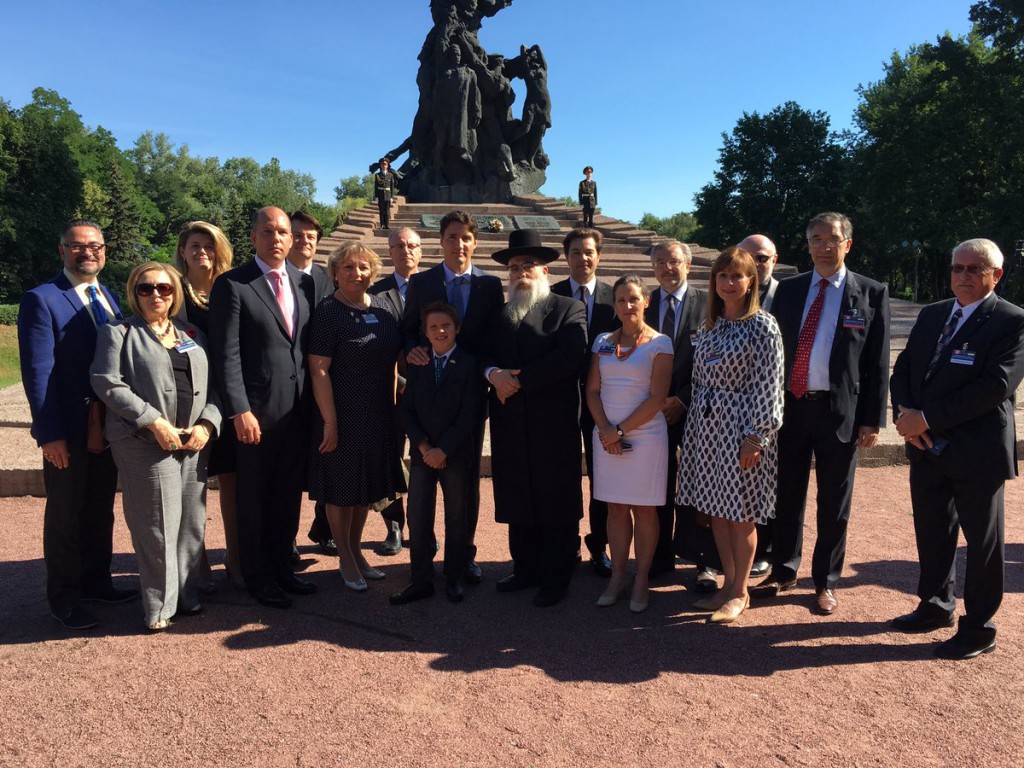 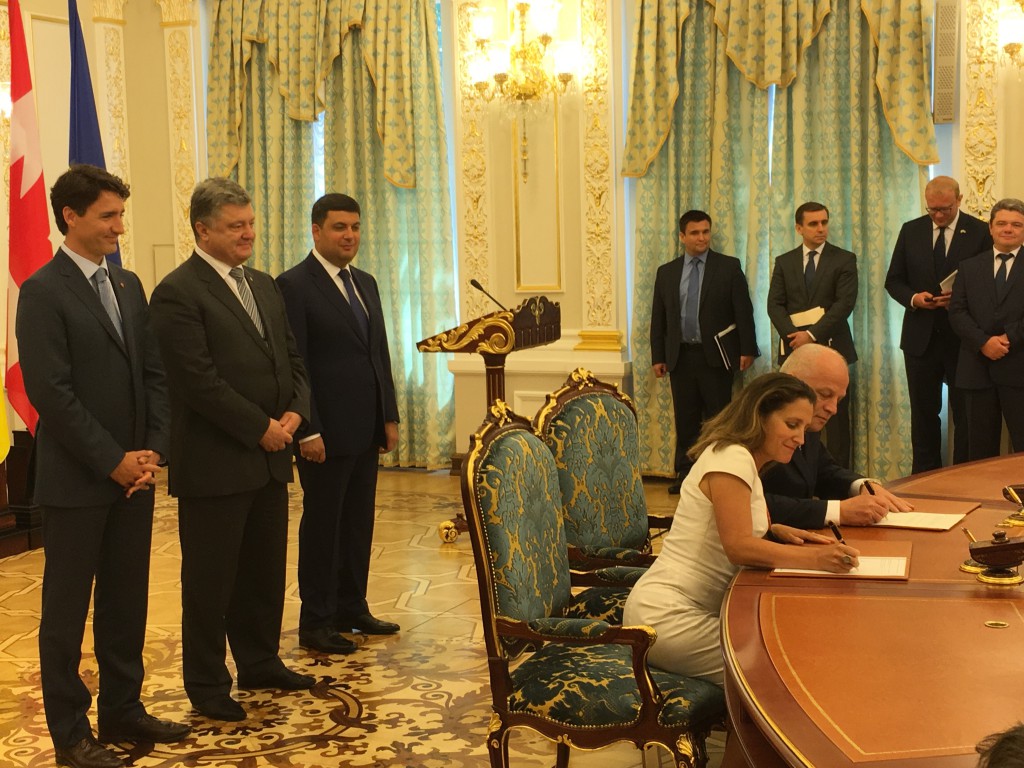 Prime Minister Trudeau stated, “My first official visit to Ukraine has confirmed to me that Canada and Ukraine not only share deep historical ties, but that we are united in our desire for a better future. This free trade agreement, and indeed everything we have accomplished during this visit, will allow Canadians and Ukrainians to prosper together.”

For the release from Prime Minister Trudeau on the visit to Ukraine, please see http://pm.gc.ca/eng/news/2016/07/12/prime-minister-concludes-visit-ukraine

Following his meeting with Prime Minister Trudeau, President Poroshenko stated, “Canada is not just a special partner, but also a true friend that will not leave Ukraine in a difficult situation.” 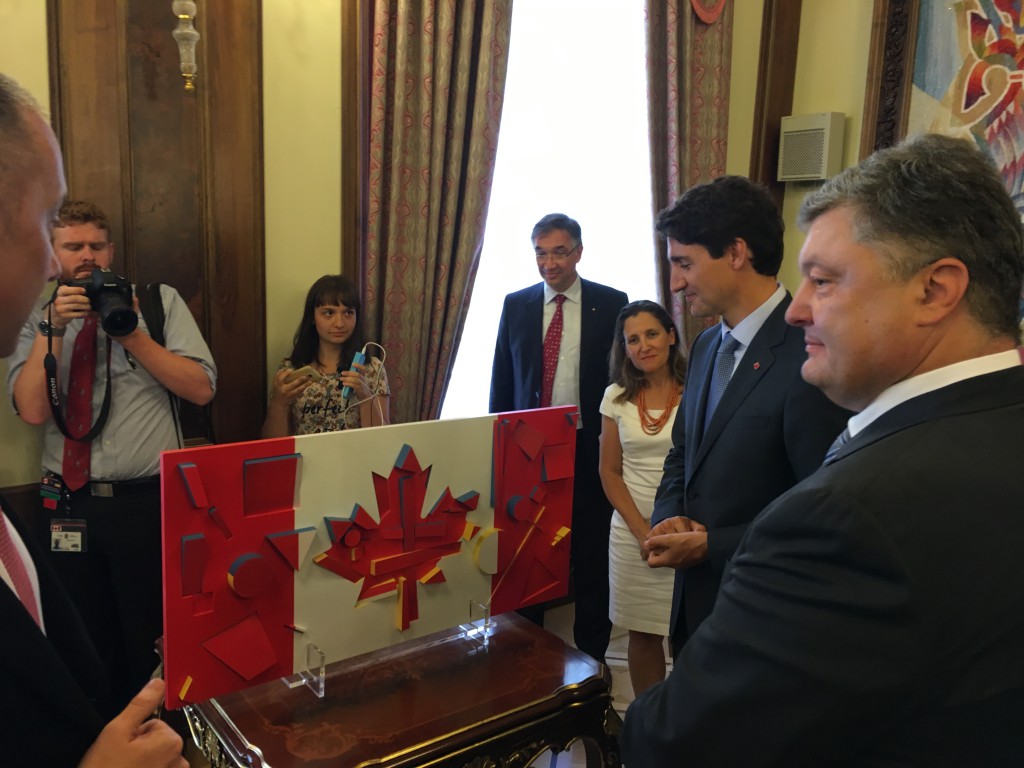 During his visit, Prime Minister Trudeau announced that Canada would:

– provide $13 million in humanitarian assistance to support the humanitarian needs of the conflict-affected population in eastern Ukraine;

– deploy additional Canadian police to Ukraine, focusing on training and institutional development, to consolidate and support the next phases of Ukraine’s police reform.

On July 12, Prime Minister Trudeau, Minister Freeland, MP Borys Wrzesnewskyj and the UCC delegation visited the International Peacekeeping and Security Centre in Yavoriv where they met with Canadian Armed Forces personnel who are providing training to Ukrainian forces as part of Operation UNIFIER.

“Prime Minister Trudeau’s visit to Ukraine opens a new chapter in Canada Ukraine relations, rooted in a historically special relationship based on cultural, political and people to people connections.  Looking forward, this bond will grow even stronger with mutually beneficial economic relations,” stated UCC National President Paul Grod. “This visit is particularly timely as it underscores Canada’s unwavering support for Ukraine’s sovereignty and territorial integrity at a time when the people of Ukraine are bravely defending their country against Russia’s invasion and ongoing military aggression.  Our visit reconfirms that Ukraine will always be able to count on the people and government of Canada.” 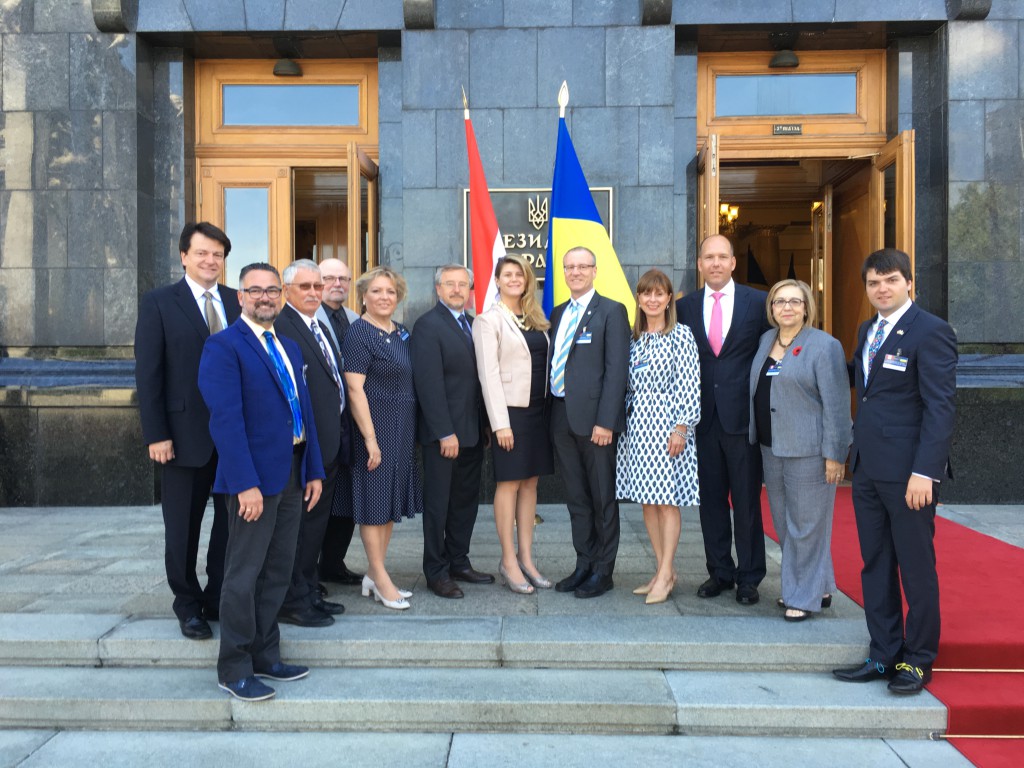 MP Borys Wrzesnewskyj with UCC delegation at the Presidential Administration