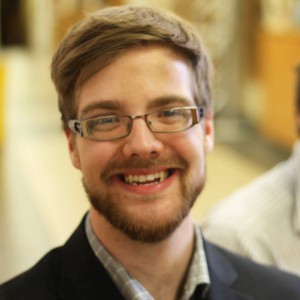 Connor recently completed his Bachelor’s degree in Political Science at the University of Saskatchewan and will join the UCC staff in Ottawa on September 6, 2016.  As the National Coordinator, he will split his duties between the Ukrainian Canadian Students’ Union and the Ukrainian Canadian Congress. Although adhering to the directives set forth by the SUSK National President and Executive, the National Coordinator will report to the UCC National Executive Director on a day-to day basis.

In his duties with SUSK, Connor will help liaise with registered Ukrainian Students’ Organizations across Canada; lead the development of fundraising strategy and programs including active targeting of government, academic, and non-profit grants; assist with the development of guides and handbooks for organization membership; identify research, program, employment, and development opportunities for Ukrainian Canadian students at large and ensure organizational sustainability, institutional memory, and future growth.

In his duties with UCC, Connor will assist the UCC Executive Director and other full-time staff with day-to-day operations, including event organization and administrative overflow; liaise with local and national community groups; act as a resource for other local and national Ukrainian youth organizations and assist the UCC National Youth Chair and National Youth Committee.

“Connor was a very active volunteer during his time in undergrad at the University of Saskatchewan both at local and national levels, and I look forward to him bringing his enthusiasm and skill to the job at hand”, stated Cassian Soltykevych, SUSK President.  “I would also like to thank the Ukrainian Dragons who made this position possible through the Ukrainian Dragons Competition at the 2013 UCC Triennial Congress, along with the three SUSK Presidents involved in the competition: Olena Kit, Danylo Korbabicz, and Christine Czoli. Thank you also to UCC for contributing to making this position possible.”

“I am very pleased to welcome Connor to the UCC team.” stated Paul Grod, National President of the UCC. “It is important for our community to continue to strengthen our engagement with Ukrainian Canadian youth, and I am confident that Connor will play a key role in this regard.”