October 3, 2016. REGINA, SK. The historic XXV Congress of Ukrainian Canadians concluded yesterday in Regina, SK. Over 250 delegates from coast to coast elected the Ukrainian Canadian Congress Board of Directors and Executive Committee officers for the next three years. The XXV Congress re-elected Paul Grod National President of the UCC. Alexandra Chyczij and Andrea Kopylech were elected Vice-Presidents; Walter Dlugosh was elected Treasurer; and Yaroslaw Borys was elected Secretary. The first Board meeting was held after the conclusion of the XXV Congress. 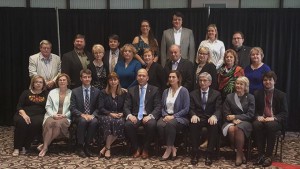 Sworn into office by Ukrainian World Congress President Eugene Czolij, Paul Grod expressed gratitude to the UCC Saskatchewan Provincial Council and its President MaryAnn Trischuk; UCC Regina and its President Orest Gawdyda; and Oksana Zwarych, Chair of the XXV Congress Organizing Committee; the staff of the UCC Saskatchewan office and UCC National, and all those involved in organizing the Congress for their warm hospitality, dedication, commitment and hard work in ensuring the resounding success of the XXV Congress.

“It has been a  personal honour for me to serve our community as President of the UCC. I very much look forward to continuing to work with all of you in this next term,” stated Grod. “I would like to thank the outgoing Board of Directors and Executive Committee for their exemplary service, enthusiasm and commitment to our common purpose, and acknowledge the incoming Board and Executive for taking on the responsibility of serving our community.” 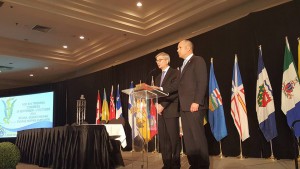 Grod focused on the priorities for the next three years for the UCC, including

– continuing and increasing our support for Ukraine’s reforms process and strengthening Ukraine’s ability to defend itself against Russia’s war of aggression;

– establishing an Endowment to ensure the long-term financial success and sustainability of the many important programs of the UCC;

– expanding the UCC’s membership base and strengthening our existing member organizations;

– strengthening our constructive relationship with the Canadian government and elected officials;

– increasing youth engagement and re-establishing the UCC Parliamentary internship program. This year, over 40 delegates at the Congress represented Ukrainian Canadian youth organizations, almost twice as many as at the previous Congress in 2013.

During the numerous plenary and break-out session at the XXV Congress, delegates had an opportunity to listen to experts, discuss key issues of importance to our community and develop implementation plans. The list of sessions and speakers are available here and video recordings of these sessions will be made available in the coming days.

A set of resolutions were passed that will help guide the work of the UCC for the next three years. The resolutions will be made available on our website in the coming days.

On October 2, the Honourable MaryAnn Mihychuk, Minister of Employment, Workforce Development and Labour, addressed the Congress. “Under the Labour Chapter of the new Free Trade Agreement signed this summer between Canada and Ukraine, I will be working with my Ukrainian counterparts to ensure  labour standards in both our countries meet international commitments,” Minister Mihychuk stated. “I also want to recognize the hard work of John Holuk, who’s been working with me over the last ten months to get ten ambulances, donated by Canadian provinces, over to Ukraine to provide critical aid to people in the war-torn areas. I also want to tell you that I am committed to following up on that aid with more support for training on the ground.” 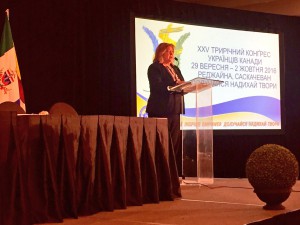 More information on the award winners is available at https://www.ucc.ca/2016/09/14/ucc-announces-shevchenko-medals-ucc-leadership-youth-leadership-award-of-excellence-recipients/ 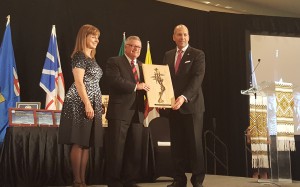 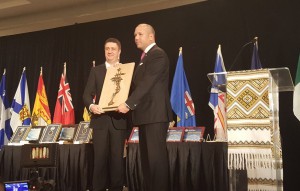 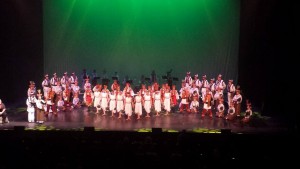 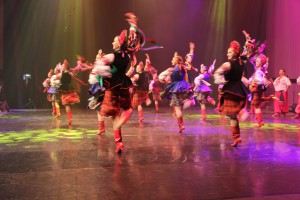