Statement by the Prime Minister of Canada on Holodomor Memorial Day

“Today, we commemorate one of the darkest chapters in human history: the forced starvation of millions of Ukrainians by the tyrannical regime of Joseph Stalin in the early 1930s. This genocidal act was designed to destroy the identity and will of the Ukrainian people. It did not achieve its aim. Despite the brutality of the Holodomor, Ukrainians endured and, after decades of Soviet control, Ukraine achieved its independence in 1991.

“Canada stands firm with the Ukrainian people in condemning the atrocities of the Holodomor, and ensuring that its victims are not forgotten. We also remain committed to supporting Ukraine’s sovereignty and territorial integrity as well as the important steps taken by the Ukrainian government to bring greater security, prosperity, and economic independence to their people.

“I invite all Canadians to take time today to remember those who suffered as a result of the Holodomor and to reflect on the important contributions citizens of Ukrainian descent have made all across Canada. Their resilience and determination have helped build Canada’s diverse society, which is our strength and pride.”

Rona Ambrose, the Leader of the Official Opposition, issues a statement on Holodomor 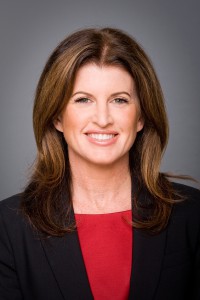 The Leader of the Official Opposition and Interim Leader of the Conservative Party of Canada, Rona Ambrose, issued the following statement to mark Holodomor:

“Today marks the grim anniversary of Holodomor, a somber occasion when the world remembers the forced starvation and oppression of Ukrainian men, women and children by the Soviet regime during the great famine of 1932-33.

“The Ukrainian famine, perpetrated by the communist regime of Josef Stalin, remains one of the most atrocious crimes against humanity ever committed. Today is a reminder of the importance of our country’s commitment to defend and promote freedom, democracy, and basic human rights.

“In 2008, Canada became the first country to officially recognize the Holodomor as genocide.

“Furthermore, Canada was one of the first voices on the international stage to offer explicit support in the restoration of Ukraine’s democracy, freedom and rule of law.

“In commemorating the Holodomor, Canadians gather to remember the millions of victims and honour the courage of those who survived. Their memories shall be eternal.

“The Conservative Party of Canada will continue to stand steadfast in support of the people of Ukraine. “Vichnaya Pamyat”

For Full releases in Ukrainian and French, see below