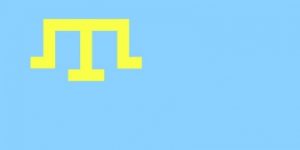 28 November 2016. OTTAWA. The Ukrainian Canadian Congress (UCC) fully supports Bill C-306, An Act to establish a Crimean Tatar Deportation (“Sürgünlik”) Memorial Day and to recognize the mass deportation of the Crimean Tatars in 1944 as an act of genocide. Bill C-306 was introduced in the House of Commons by Kerry Diotte (MP-Edmonton Griesbach) on September 28.

The entire Crimean Tatar People, the indigenous people of Crimea, were exiled to the Soviet east in 1944 by the totalitarian regime of Joseph Stalin. Hundreds of thousands of men, women and children were forcibly and violently deported – almost half lost their lives during the first year of exile – for no crime other than their language, culture and traditions.

The vast majority returned home from exile in the early 1990s, thanks largely to the welcoming policy of the government of independent Ukraine. It is for this reason that the Crimean Tatars and their political and civic institutions are fiercely loyal to Ukraine and today live in fear or have been again exiled under illegal Russian rule.

“Today, the indigenous Crimean Tatars together with the Ukrainian people and other ethnic and religious minorities living in Crimea, face severe repression by their Russian occupiers,” stated UCC National President Paul Grod.  “It is vital for all Members of Canada’s Parliament to support this important legislation and to ensure that Canada continues to take concrete actions to oppose Russia’s illegal occupation and annexation of Ukraine’s Crimean peninsula.”

For the full text of Bill C-306, please see http://www.parl.gc.ca/HousePublications/Publication.aspx?Language=E&Mode=1&DocId=8446568

Contact your Member of Parliament in support of Bill C-306