Ukraine: Daily Briefing
8 February 2017, 6 PM Kyiv time
1. Russian Invasion of Ukraine
The General Staff of Ukraine’s Armed Forces reported at 12:30 PM Kyiv time that in the last 24 hours, no Ukrainian soldiers were killed and six Ukrainian soldiers were wounded in action. Towards Donetsk, at Avdiivka, Russian-terrorist forces shelled Ukrainian positions with mortars and tanks. Near Svitlodarsk, Russian-terrorist forces shelled Ukrainian positions with mortars and artillery. Towards Luhansk, Russian-terrorist forces carried out heavy mortar and artillery shelling of Ukrainian positions at Krymske and Popasne. Towards Mariupol, Russian-terrorist forces shelled several Ukrainian positions along the Pavlopil-Shyrokyne line with mortars and artillery.
2. Ukraine’s President meets with family of Ukrainian journalist illegally imprisoned in Russia
Ukraine’s President Petro Poroshenko met with the wife, son and daughter of Roman Sushchenko, Paris-based correspondent of Ukraine’s Ukrinform news agency, who was illegally detained in Moscow on September 30, 2016 on “espionage” charges. Today is Sushchenko’s birthday. President Poroshenko stated, “We’re doing everything we can to ensure that he is released as soon as possible from the ‘KGB dungeons,’ where he was completely unjustly imprisoned by the Russian authorities. […] It is very difficult for him, he is suffering through terrible ordeals. But the way that he is carrying himself is an example for many.” A few days after Sushchenko’s detention, Ukraine’s Ministry of Foreign Affairs stated “We consider this yet another step in the deliberate policy of the Russian Federation to use Ukrainian citizens as political hostages in Russia’s hybrid aggression against Ukraine.”
3. Ukraine’s PM: Economy is starting to recover
Ukraine’s Prime Minister Volodymyr Groysman stated that statistics are showing that Ukraine’s economy is growing, the unemployment rate is gradually decreasing and wages are rising. At a meeting of the Cabinet of Ministers today, Groysman stated, “Today I want to assert: Ukraine’s economy starts to recover. This is an extremely difficult process. We will see statistical data that the result of economic stabilization, economic growth appears gradual decrease of unemployment in Ukraine and the increase of wages. I want to stress that this is only the beginning. […] Economic upswing is the result of hard work of millions of Ukrainians. This is a joint work of all employees and all the people in our country.” 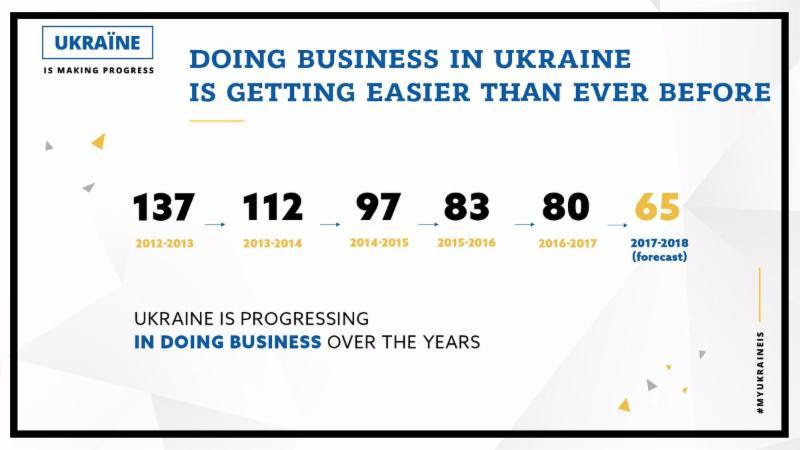 4. Ukraine, US sign agreement to share tax information
On February 7, Ukraine’s Finance Minister Oleskandr Danyliuk and US Ambassador to Ukraine Marie Yovanovitch signed an Intergovernmental Agreement “to implement provisions of the Foreign Account Tax Compliance Act (FATCA) and to promote transparency between the two nations on tax matters. The agreement underscores our continued cooperation and strong bilateral relationship with Ukraine as well as growing international cooperation to curb offshore tax evasion,” the US Embassy in Ukraine reported. Yovanovitch stated, “Today’s signing marks a significant step forward in our collaborative efforts to combat tax evasion – an objective that mutually benefits our two countries. We look forward to full implementation of this agreement, which will better enable us to detect, deter, and discourage tax abuses through increased transparency and enhanced reporting.”
5. CNN: US Senators seek Hill Veto Power over Trump on Russia
CNN reported,  “A growing number of senators from both parties plan to ratchet up their push to stiffen sanctions on Russia and demand Congress have the final say if President Donald Trump decides to weaken penalties on the country unilaterally. The move by six senators is the latest warning from Capitol Hill to the new administration over US-Russian relations. On Wednesday, a group led by Sens. Lindsey Graham, R-South Carolina, and Ben Cardin, D-Maryland, plan to introduce legislation that would impose strict new congressional oversight and veto power over the Trump administration if it decided to lift sanctions on Russia. The Russia Review Act would require the White House to submit a report detailing why it was seeking to lift sanctions, setting into motion a 120-day review period where Congress could vote to disapprove of easing the penalties on the country, according to a summary of the measure provided to CNN. Sen. Marco Rubio, a member of the Senate Foreign Relations Committee, is cosponsoring the Graham-Cardin measure, along with Democratic Sens. Claire McCaskill of Missouri, Sherrod Brown of Ohio and Republican John McCain of Arizona. Rubio said support is broad within the Senate to push back against the White House if it eased sanctions before Russia pulls out of Ukraine, potentially enough to overcome any Trump veto. ‘I think if there was a real threat of lifting sanctions minus the respect for Ukrainian sovereignty and meeting those conditions, my sense is that we would have the votes to pass that in the Senate and we would be able to pass it with a veto-proof majority,’ Rubio told CNN. The new measure comes as roughly a dozen senators from both parties are quietly lobbying their colleagues to endorse a separate bill that would impose a comprehensive set of sanctions against Russia, picking up new support for their effort, including a member of the GOP leadership team, Sen. Cory Gardner of Colorado.”
0 Likes