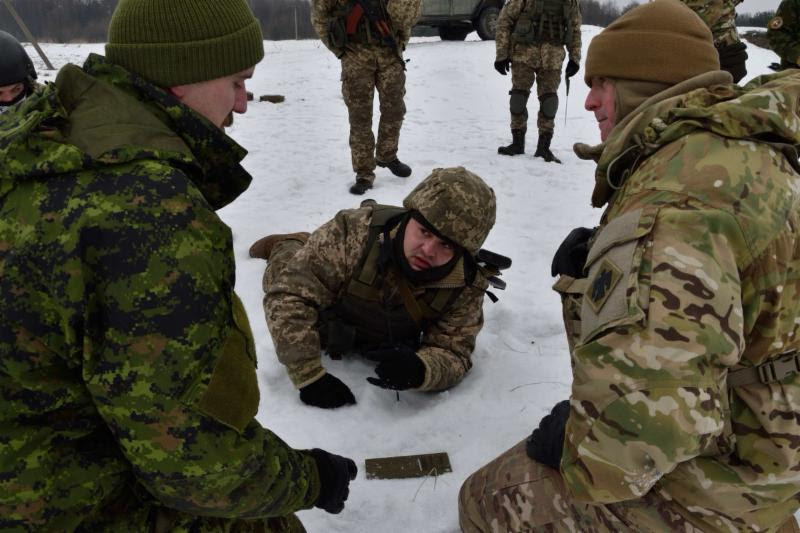 1. Russian Invasion of Ukraine
The General Staff of Ukraine’s Armed Forces reported that on February 4-9, no Ukrainian soldiers were killed and fifteen Ukrainian soldiers were wounded in action on the eastern front. Russian-terrorist forces continued to shell Ukrainian positions on the Donetsk, Luhansk and Mariupol sectors of the front throughout the week with heavy weapons, including mortars, artillery, and tanks. 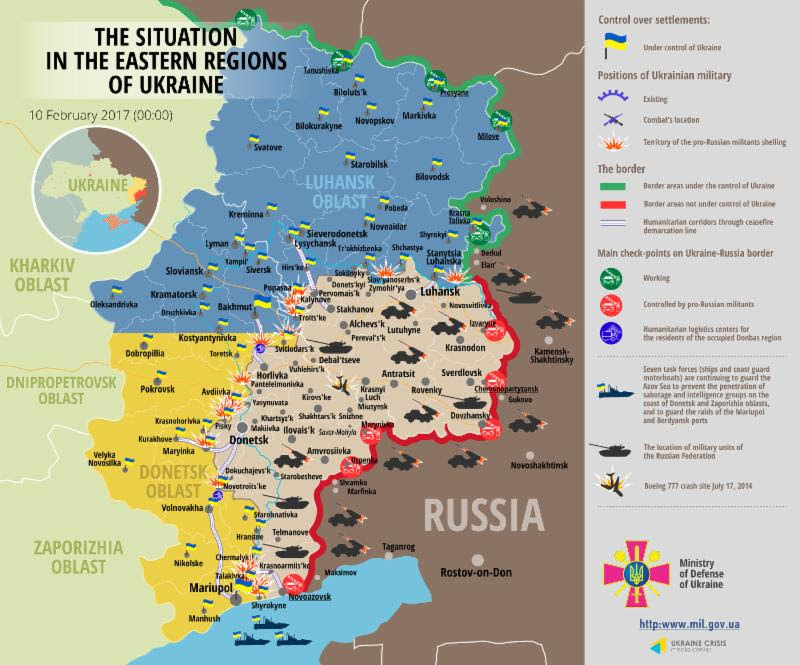 2. Ukraine’s President speaks with US President
On February 5, Ukraine’s President Petro Poroshenko held a phone conversation with US President Donald Trump. President Poroshenko’s press service reported, “Both leaders express readiness to explore additional steps to enhancing the strategic partnership between Ukraine and the United States. A particular attention was paid to the settlement of the situation in Donbas and to achieving peace by political and diplomatic means. The two leaders expressed deep concern about the spike in tension and deterioration of humanitarian situation, especially in the area of Avdiivka. They stressed on the need for establishing immediate ceasefire regime. The President of Ukraine expressed gratitude to the Head of the White House for firm support of Ukraine’s sovereignty and territorial integrity. Petro Poroshenko highlighted the need to intensify economic and business ties in order to assist in creating new employment opportunities and boosting the welfare of citizens of both countries. They also talked about the forthcoming visit of President Petro Poroshenko to Washington, the preparation of which will be in focus of Ukraine’s Foreign Minister’s travel to the US.” 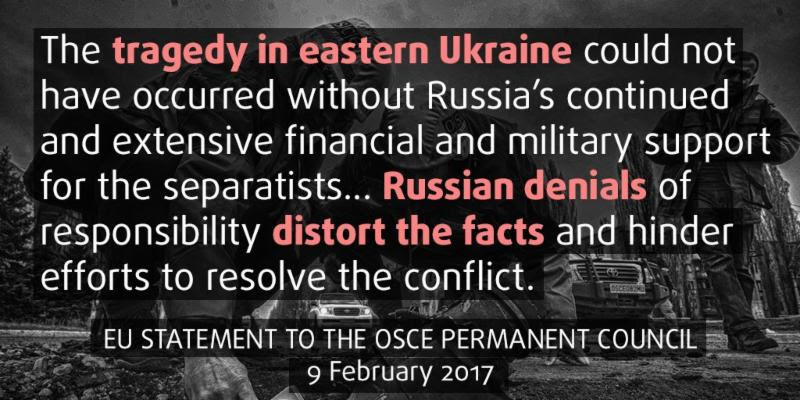 3. CUFTA Roundtable held in Kyiv
On February 6 a roundtable on the Canada-Ukraine Free Trade Agreement (CUFTA) was held in Kyiv. First Deputy Prime Minister and Minister of Economic Development and Trade Stepan Kubiv; Chair of Ukrainian Parliament’s Committee on Foreign Affairs Hannah Hopko; Canada’s Ambassador to Ukraine Roman Waschuk; Ukraine’s Ambassador to Canada Andriy Shevchenko; Ukrainian MPs, business leaders and experts were among those who took part. Kubiv stated that he expects that Ukraine’s Parliament will ratify the agreement in February 2017. “This is the first agreement with a North American country, whose market is so large. This document will lead to deepening trade and economic cooperation, new markets for domestic producers, and increased access to added value chains,” Ukraine’s Ministry of Economic Development and Trade reported.

4. Bipartisan Group of US Senators Introduce Legislation Establishing Congressional Oversight of Russian Sanctions relief
On February 8, a bipartisan group of US Senators introduced legislation – The Russia Sanctions Review Act of 2017 – which provides congressional oversight of any decision by the Administration to remove US sanctions against Russia. Senator Lindsey Graham (R-SC) stated, “Russia has done nothing to be rewarded with sanctions relief. To provide relief at this time would send the wrong signal to Russia and our allies who face Russian oppression. Sanctions relief must be earned, not given.” Senator Ben Cardin (D-MD) stated, “If the U.S. were to provide sanctions relief to Russia without verifiable progress on the Minsk Agreements, we would lose all credibility in the eyes of our allies in Europe and around the world. Since the illegal annexation of Crimea and invasion of Ukraine by Russia in 2014, Congress has led efforts to impose sanctions on Russia. We have a responsibility to exercise stringent oversight over any policy move that could ease Russia sanctions.” Before sanctions relief can be granted, the Russia Sanctions Review Act requires the Administration to submit to Congress: “A description of the proposed sanctions relief for individuals engaged in significant malicious cyber-enabled activities, those contributing to the situation in Ukraine, and those engaged in certain transactions with respect to Crimea; Certification that the Government of the Russian Federation has ceased-ordering, controlling, or otherwise directing, supporting, or financing, significant acts intended to undermine the peace, security, stability, sovereignty, or territorial integrity of Ukraine, including through an agreement between the appropriate parties; and cyberattacks against the United States Government and United States persons. The U.S. Senate and House of Representatives will have 120 days to act — or decline to take action — on any proposed sanctions relief. During this period, the President may not waive, suspend, reduce, provide relief from, or otherwise limit the application of sanctions with respect to the Russian Federation.”  More information on the legislation is available at https://www.lgraham.senate.gov/public/index.cfm/press-releases?ID=9A319FD9-DF9A-4245-A5C1-61EEF4F1E2F9
5. NATO reaffirms unwavering support for Ukraine
Ukraine’s Prime Minister Volodymyr Groysman met with NATO Deputy Secretary General Rose Gottemoeller today in Brussels. At a press conference following the meeting, Gottmoeller stated, “We just discussed the serious situation in eastern Ukraine and NATO’s support for your country. Since Russia’s aggressive actions began three years ago, NATO has stood by Ukraine. This will not change. Last night, I chaired a special meeting of the NATO-Ukraine Commission where we discussed the latest facts on the ground. Every single Ally took the floor to express strong support for Ukraine’s sovereignty and territorial integrity. NATO does not, and will not, recognise the illegal annexation of Crimea and we condemn Russia’s continuing destabilisation of eastern Ukraine. […] Ukraine is continuing on the path of reform and anti-corruption despite these very difficult circumstances. And the Prime Minister and I just had a very serious discussion about the continuation of the reform process in Ukraine. I commend you on your efforts. I encourage Ukraine to continue to press ahead with such reforms. NATO will continue to provide political and practical support to Ukraine.” 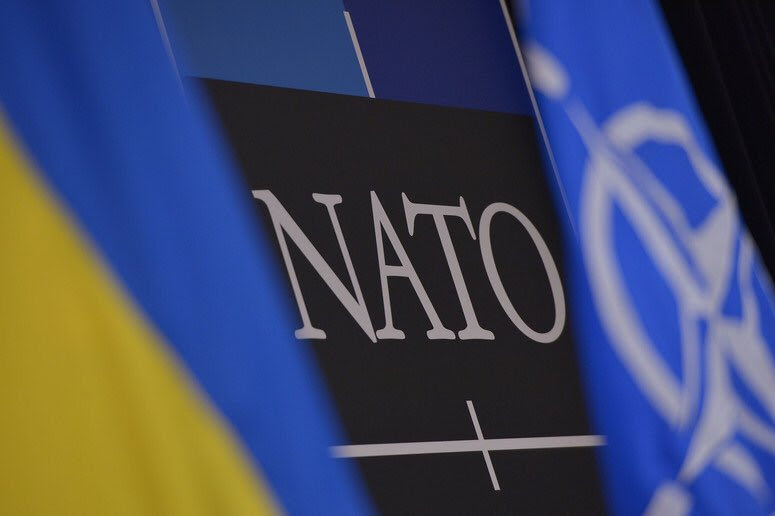 6. GOP Senators ask President to expedite provision of lethal defensive weapons to Ukraine
On February 9, in a joint letter to President Trump, U.S. Senators Rob Portman (OH), Cory Gardner (CO), Jim Inhofe (OK), Todd Young (IN), Mike Rounds (SD), Joni Ernst (IA), Susan Collins (ME), and Lindsey Graham (SC) stated, “The United States should unequivocally condemn – and take proactive steps to stem – the continued Russian aggression in Ukraine. Russia has invaded Ukraine and illegally annexed the Crimean peninsula, in violation of international law, and has directly abetted the so-called ‘separatist rebels’ in eastern Ukraine. Since 2014, over 10,000 Ukrainians have died in this tragic conflict, and there are as many as 1.5 million internally displaced persons because of the violence. The most recent escalation of fighting along the ‘line of contact’ in eastern Ukraine should serve as a reminder of Russia’s nefarious intentions. The Administration should maintain the current U.S. sanctions regime against Russia and Russian entities – and to impose new sanctions as necessary and merited by Russian behavior -unless Ukraine’s control over Crimea is restored, Russia fully respects the Minsk agreements, and ceases all efforts to undermine Ukraine’s sovereignty.  Furthermore, we ask you to expedite the provision of defensive lethal weapons to Ukraine, and we were encouraged that Secretary of State Tillerson supported this position during his confirmation hearing.” The full text of the letter is available athttp://www.portman.senate.gov/public/index.cfm?p=press-releases&id=9CDA91C8-A2F4-4940-ACFF-581C03C3214A
0 Likes