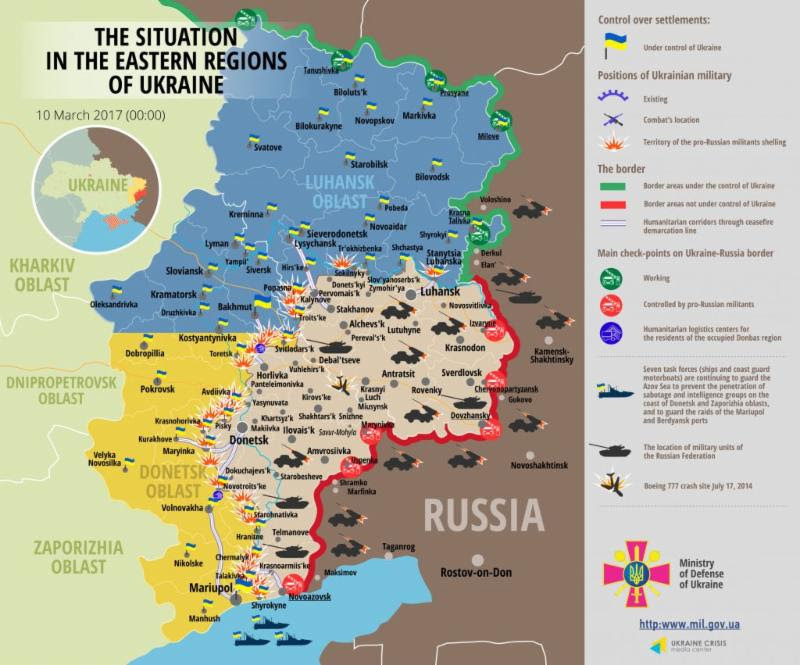 2. US House Foreign Affairs Committee holds hearings on Russia’s efforts to undermine democratic states
On March 9, the US House of Representatives Foreign Affairs Committee held hearings – Undermining Democratic Institutions and Splintering NATO: Russian Disinformation Aims. Opening the hearings, Committee Chair Ed Royce (R-CA) stated, “Moscow’s strategic objective is to break apart the NATO alliance; to boost Russian geopolitical influence in Western Europe. The stakes are high: if Kremlin-backed politicians take power in France, it could potentially spell the end of the European Union. Even for those who might approve of that development, I think we can all agree the future of the EU should be left to the Europeans – not manipulators in Moscow. […] I’m afraid it is no exaggeration to say the long-term future of the European security order and America’s role as an Atlantic power is at risk. Last month, the Russian foreign minister called for a ‘post-West world order.’ Unless the United States stands solidly with its allies to better challenge this Russian disinformation assault, that disturbing call could come true sooner than we would like.” Among the witnesses who testified were Toomas Hendrik Ilves, former President of Estonia, and Daniel Baer, former US representative to the OSCE. Video and transcripts of the hearings are available athttps://foreignaffairs.house.gov/hearing/hearing-undermining-democratic-institutions-splintering-nato-russian-disinformation-aims/
3. IMF Board to review Ukraine program March 20
On March 9, IMF spokesperson Gerry Rice stated that Ukraine’s Finance Minister Oleksandr Danylyuk “visited the Fund this week during his trip to the U.S., and actually, he met with David Lipton our First Deputy Managing Director and staff for discussions on policies going forward. The board meeting has been scheduled for March 20. […]I think the good news was last weekend when we were able to announce that the IMF staff and the authorities have agreed on the third review of the program. So in terms of, if you look at the history of IMF support for Ukraine, I think this is as far as we have ever come in terms of progress in programs with Ukraine.”
4. Atlantic Council: Here’s Why You Should Worry About Russian Propaganda
Alina Polyakova, Director of research for Europe and Eurasia at the Atlantic Council, wrote on March 8,  “‘Fake news’ is the term du jour in the current discussion on the new media landscape. We knew long ago, however, about the prevalence and proliferation of fabricated stories produced by so-called media entrepreneurs looking to make a profit with flashy headlines or fly-by-night ‘news sites’ churning out outrageous click-bait stories. The Russians (and the Soviets before that) had a different word for it: dezinfomatsiya, literally translated as disinformation. In the United States, we called it propaganda. In the Cold War years, the Soviet disinformation machine produced and spread lies that aimed to damage the United States’ reputation as a value-driven and principled nation. […] In today’s media environment, binary narratives no longer work because the media landscape has changed profoundly since the Cold War in three important ways. First, how we consume information has changed: individuals no longer tune into the same nightly news broadcasts. Rather, we go online, to social media platforms, or to opinion shows instead of news shows. […] Second, there are many more sources for news (or fake news) online and on television, and because media literacy is no longer a common part of the average school curriculum, few Americans have the critical skills to discern propaganda from real news. RT, the Russian state-sponsored television network, has masterfully used this to its advantage. […] RT is just part of the story. New ‘news’ sites with legitimate sounding names but no editorial boards or journalistic credentials pop up like mushrooms after a storm to skew the message on any geopolitical event by ‘reporting’ an alternative point of view. They mix facts with fiction to obfuscate reality and undermine the very notion of truth. On social media, Russian trolls and bots attack critics, confuse the objective narrative, and drown out reason with noise. New think tanks and research organizations with vague names but without a transparent funding structure or recognizable expertise appear with ‘analysis’ ready in support of a pro-Kremlin view. And once a seed-be that a meme, a lie, or some mix of truth and fiction-is planted, it travels across media platforms at astounding speeds. This is the third difference between now and then: disinformation spreads at lightning speeds thanks to our highly-connected societies. What used to take months or years of constant hammering at the same topic in newspapers and television broadcasts, now takes minutes or seconds to find its way across the globe. […] This is why disinformation is so much more dangerous today than it was during the Cold War: a successful disinformation campaign is no longer defined by whether or not someone believes the Soviet or the Western version; rather, a successful campaign is one that leaves no trace of its origins, dissolving into the mainstream like an ink drop in water.” The full article is available at http://www.atlanticcouncil.org/blogs/new-atlanticist/here-s-why-you-should-worry-about-russian-propaganda
0 Likes