Ukraine: Daily Briefing
March 30, 2017, 6 PM Kyiv time
1. Russian Invasion of Ukraine
The General Staff of Ukraine’s Armed Forces reported at 12:30 PM Kyiv time that in the last 24 hours, two Ukrainian soldiers were killed and three Ukrainian soldiers were wounded in action. Towards Donetsk, Russian-terrorist forces shelled Ukrainian positions near Avdiivka, Svitlodarsk and Zaytseve with mortars. Towards Mariupol, Russian-terrorist forces shelled Ukrainian positions along the Pavlopil-Shyrokyne line with tanks, artillery and mortars. At Maryinka, Russian-terrorist forces shelled Ukrianian positions with mortars. Towards Luhansk, Russian-terrorist forces shelled Ukrainian positions near Popasne with tanks, artillery and mortars. At Krymske, Russian-terrorist forces shelled Ukrainian positions with mortars. In the last 24 hours, Russian-terrorist forces opened fire on Ukrainian positions 83 times in total, including at least 32 times with heavy weapons.
2. United States – on ongoing violations of international law and defiance of OSCE principles and commitments by Russia
At a meeting of the OSCE Permanent Council, US charge d’affaires Kate Byrnes stated, “The surge in violence in eastern Ukraine provides yet another stark reminder of Russia’s ongoing aggression against its neighbor, a conflict Russia initiated and sustains. […] Russia and the separatists it backs continue to disregard the welfare of civilians by blocking the delivery of humanitarian assistance and deliberately shelling civilian infrastructure, creating dire consequences for those living in the conflict area. […] Russia’s actions – not its rhetoric – will show whether it is truly committed to implementing the Minsk agreements, which requires restoring the sovereignty and territorial integrity of its neighbor. […] Russia continues its campaign to silence voices speaking out against its occupation and attempted annexation of Crimea. On March 20, a Crimea court once again postponed the trial of journalist Mykola Semena, on trial simply for stating that Crimea remains a part of Ukraine. Russian authorities have also extended the term of the politically motivated incarceration of Crimean Tatar Mejlis deputy chairman Akhtem Chiygoz for a further three months. […] Russia must immediately release Ilmi Umerov, Akhtem Chiygoz, Emir-Ussein Kuku, and other Crimeans now on trial for opposing the occupation, as well as those already convicted on baseless charges – including Oleh Sentsov, Oleksander Kolchenko, Oleksander Kostenko, and many others. The United States affirms its staunch support for Ukraine’s sovereignty, independence, and territorial integrity within its internationally-recognized borders. Crimea-related sanctions on Russia will remain in place until Russia returns full control of the peninsula to Ukraine. We join our European and other partners in restating that our sanctions against Russia for its aggression in eastern Ukraine will remain until Russia fully implements its commitments in the Minsk agreements. We again call on Russia to observe the Helsinki Final Act, in which all participating States acknowledged that one another’s frontiers are inviolable and committed to respect the sovereignty and territorial integrity of each participating State.” 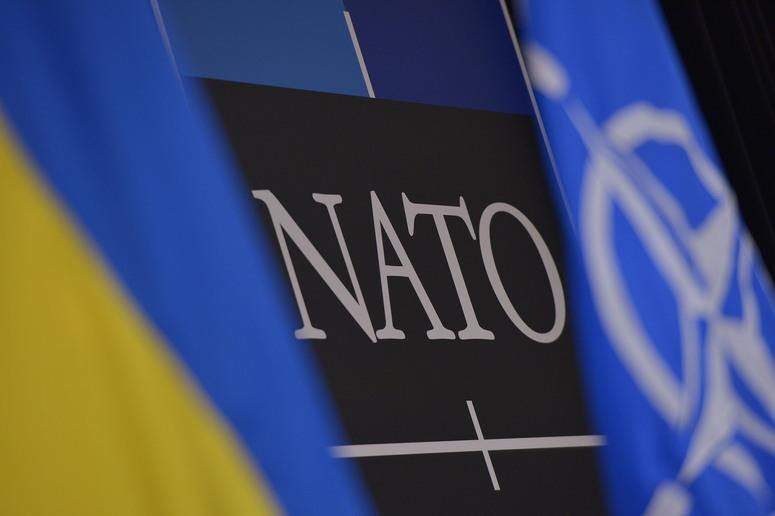 3. NATO Foreign Ministers; NATO-Ukraine Commission to meet tomorrow
NATO Foreign Ministers will meet in Brussels on March 31. Canada’s Foreign Minister Chrystia Freeland will attend. Canada’s Department of Global Affairs stated, “During the meeting, the Minister and her counterparts will discuss NATO’s most pressing issues, including burden sharing, Russia, counterterrorism, as well as preparations for the NATO Special Meeting of Heads of State and Government scheduled for May 25, 2017 in Brussels. This will be followed by a meeting of the NATO-Ukraine Commission concerning the current situation in Ukraine and the implementation of allies’ commitments to support Ukraine made at the 2016 Warsaw Summit.”
4. German Foreign Office: requiring representatives of civil society to file e-declarations “a step in the wrong direction”
On March 28, the German Foreign Office stated, “The law signed [March 27], which requires representatives of civil society active in driving anti-corruption reforms to disclose their income and assets via e-declarations, is a step in the wrong direction. The Ukrainian Government’s endeavours towards reform have earned it the respect of the international community and considerable recognition in society at home. The 2016 introduction of an e-declaration system for public officials, in particular, is an important step. This latest move, however, pushes public accountability into the background. Rather, it gives the impression that, counter to official anti-corruption policy, the targets are now the very people who are committed to ending corruption. Hampering this civil-society engagement cannot be in Ukraine’s interest. We very much hope that the intimated revisions to the law will be made soon.”
5. IMF board to meet April 3 on Ukraine disbursement
The IMF executive board will meet on April 3 to decide on the disbursement of $1 billion as part of Ukraine’s $17.5 billion IMF program, Reuters reported.
0 Likes