I’m pleased to report on my recent working visit to Canada’s west coast, where I travelled along with His Excellency Andriy Shevchenko, Ambassador of Ukraine to Canada. 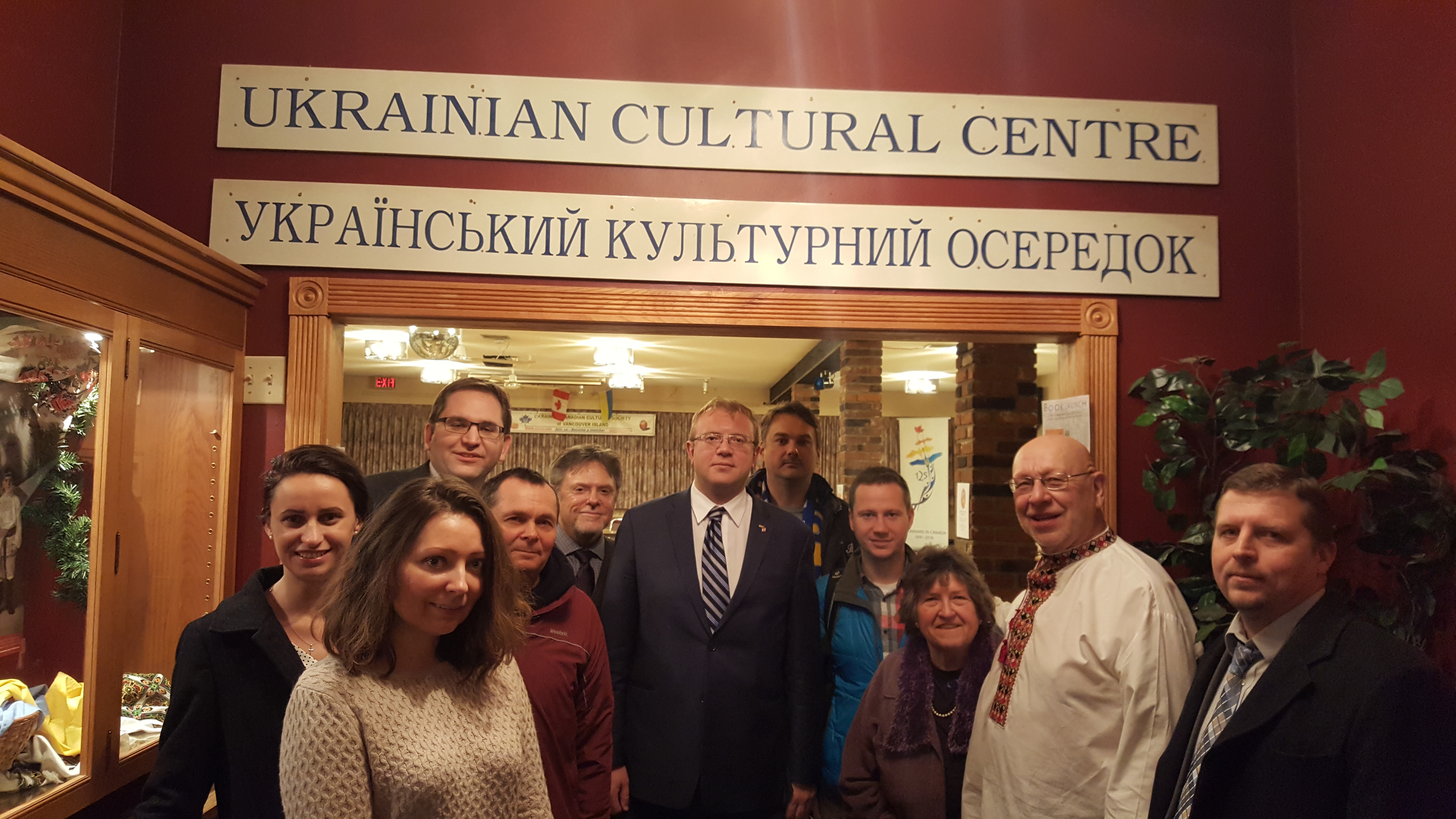 In Victoria, the Ambassador and I met with several senior government leaders including Andrew Wilkinson, Minister of Advanced Education, Norm Letnick, Minister of Agriculture and Teresa Wat, Minister of International Trade and Minister responsible for Multiculturalism.  Ambassador Shevchenko and I emphasized the new economic opportunities with Ukraine as a result of the Canada Ukraine Free Trade Agreement (CUFTA), as well as the importance of including Holodomor education in the provincial education curriculum and building a permanent Holodomor memorial statue.

We also had the pleasure of meeting with the Honourable Linda Reid, Speaker of the Legislative Assembly.  Madame Reid was very proud to tell us about her Ukrainian Canadian heritage, including her mother’s journey to Canada.  We had the chance to see the “Bread & Salt” exhibit marking 125 years of Ukrainian immigration to Canada which was on display at Government House.  This series of panels tells of the contributions of Ukrainians in British Columbia and was developed by the Royal British Columbia Museum.

On the evening of March 7th, the Ambassador and I we were honoured to be invited to a community dinner hosted by the Ukrainian Cultural Society of Vancouver Island held at the Victoria Ukrainian Cultural Centre.  Pat Sembaliuk was the master of ceremonies, and special guests included former Ambassador Derek Fraser and his wife Christina.  I spoke about the work of UCC including our Canada 150 program, and urged the re-establishment of a Victoria branch. 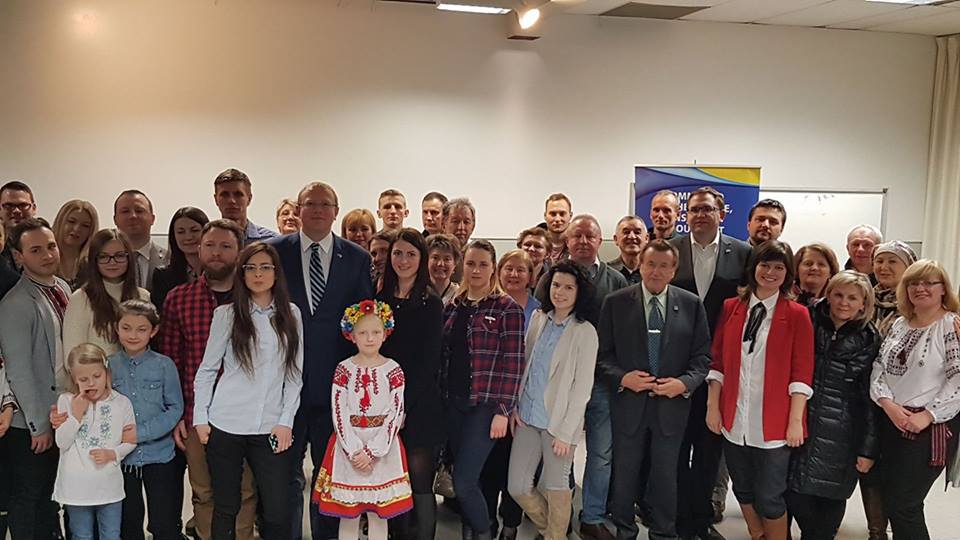 In Vancouver, I was pleased to have the opportunity to meet with the Executive Committee of UCC Vancouver and to speak with the community at a public meeting.  The meeting started with an excellent presentation by Natalie Jatskevych, President of UCC BC & Vancouver, on the many community events and activities from the past year.  Dr. Svitlana Kominko shared information about the Open World Learning Society (O.W.L) and their national contest in Ukraine for high school and university students on outstanding Ukrainian Canadians. Over 500 Ukrainian-Canadian legacy multimedia stories have been created by Ukrainian youth from different parts of Ukraine during the last five months. These interesting videos are posted online for viewing at http://owl-study.com/blog/osvitni-proekty/vydatni-ukrayinci-kanady

There was also a powerful presentation Denis Polischuk on the “I’ve Returned” project which aims to provide high level PTSD counseling for Ukrainian soldiers and veterans.  This is a partnership of UCC BC, Maple Hope Foundation, the Veterans Transition Program and the University of British Columbia.  You can learn more about this project at the video below.

It was very exciting to meet the many active and energetic members of our Ukrainian Canadian community in British Columbia.  They are working to develop our community, provide services and opportunities for community members, especially children, and to support Ukraine in this difficult time.

A special thank you to Mir (Lubomir) Huculak, Honourary Consul of Ukraine in British Columbia, for his help in arranging our meetings and for his ongoing work with our community across BC.