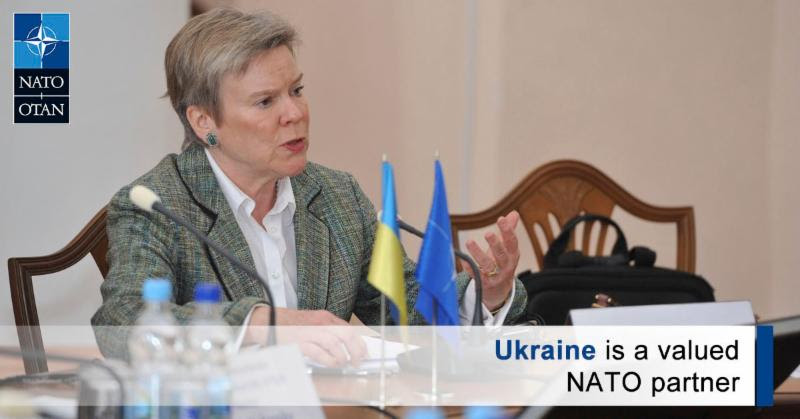 3. NATO Deputy Secretary General: Ukraine is a valued NATO partner
NATO’s press office reported, “NATO Deputy Secretary General Rose Gottemoeller reaffirmed the Alliance’s strong support for Ukraine in a speech on Thursday (6 April 2017). Speaking at the Taras Shevchenko National University of Kyiv, she said a recent meeting of the NATO-Ukraine Commission underscored the Alliance’s ongoing and steadfast support for Ukraine’s sovereignty and territorial integrity. The Deputy Secretary General said Ukraine is a valued NATO partner and that, ‘NATO does not, and will not, accept Russia’s illegal and illegitimate annexation of Crimea. And we condemn Russia’s ongoing destabilization in eastern Ukraine.’ Ukraine has been an important NATO partner for many years, having joined the North Atlantic Cooperation Council in 1991 and NATO’s Partnership for Peace program in 1994. Ms. Gottemoeller said the country is making a great deal of progress on its reform agenda and it could rely on NATO’s continued support on this issue. Ms. Gottemoeller highlighted NATO’s Comprehensive Assistance Package for Ukraine, which includes more than forty tailored support measures and six different multi-million-euro Trust Funds. […] After her speech, the Deputy Secretary General met Ukraine’s President Petro Poroshenko, the Prime Minister Volodymyr Groysman, Deputy Prime Minister Ivanna Klympush-Tsintsadze and other senior government figures.” 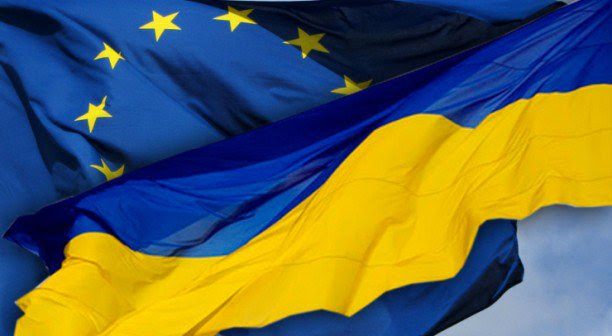 4. Ukraine’s President on visa-free travel to Europe: Ukraine is part of a united Europe and we share common values
Following the European Parliament’s approval of visa-free travel to the EU for Ukrainian citizens, Ukraine’s President Petro Poroshenko stated, “Fellow Ukrainians! The European Parliament voted to grant the right of visa-free travel to the EU countries for Ukrainian citizens. The vast majority of political forces, except for marginal pro-Russian, pro-Putin parties, has provided a strong support for us in this issue. 521 MEPs expressed firm and full support for Ukraine. Visa-free regime will have a significant practical importance for many citizens. Almost three million Ukrainians have already received or receiving now biometric passports required for the visa-free travel. Only in 2016, Ukrainians crossed the state border with the EU countries more than 15 million times. Of course, the Government and all authorities must persistently work for the number of Ukrainians financially capable of travelling to Europe to be increased year-by-year. However, the decision of the European Parliament is much broader than visa-free travel or freedom of movement. It means greater pride for Ukrainian citizenship and greater attractiveness of Ukrainian passport. It is a symbol of Ukraine’s belonging to common European civilization. It is a bright marker that Ukraine is a part of united Europe, from Lisbon to Kharkiv, and we share common values. It is an evidence of strategic correctness of our European choice, success and irreversibility of our course towards integration into Europe. […] I am grateful to Ukrainian diplomats, people’s deputies, NGOs who have been moving this process together with me. Low bow to glorious Ukrainian warriors who defend not only Ukraine’s territorial integrity and European choice, but also the entire system of values of the Old World in the struggle against the Russian aggressor. I sincerely congratulate everyone on a successful vote in the European Parliament. Now, the ball is in the court of the Council of the EU. We expect its positive verdict in the coming weeks. I am working in regular contact with leaders of European countries to make it happen as soon as possible. Glory to united Europe! Glory to Ukraine!”
0 Likes