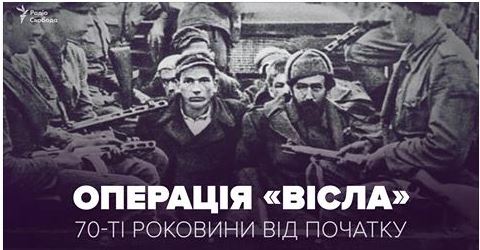 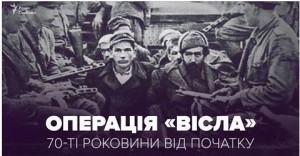 April 28, 2017. OTTAWA. April 28, 2017 marks the 70th anniversary of the beginning of the Wisla Operation (Akcja Wisla), the forcible deportation by the Soviet-backed Polish government of Ukrainians from their ancestral lands in what is today eastern Poland. Ukrainians living in the Lemko, Boyko, Nadsianna, Kholm and Pidliashia regions were deported to territories in the north and west of post-WWII Poland.

The forced deportation of the ethnic Ukrainian population from the region of “Zakerzonnia” was followed by the expropriation of Ukrainian property by the Polish state and the intentional assimilation of the Ukrainian ethnic population. Some 150,000 Ukrainians were forcibly deported. The development of the Ukrainian language, culture and faith were prohibited in Communist Poland. Today we remember and honour the victims of this dreadful period of history.

The UCC is encouraged by the recent meeting (April 11) of the Consultative Committee of the Presidents of Ukraine and Poland, where representatives of Presidents Poroshenko and Duda agreed to develop a roadmap of reconciliation between the Ukrainian and Polish peoples. The goal of this document is to “ensure the constructive character of bilateral dialogue and promoting mutual understanding between the two peoples to further strengthen the strategic partnership between Ukraine and Poland.”