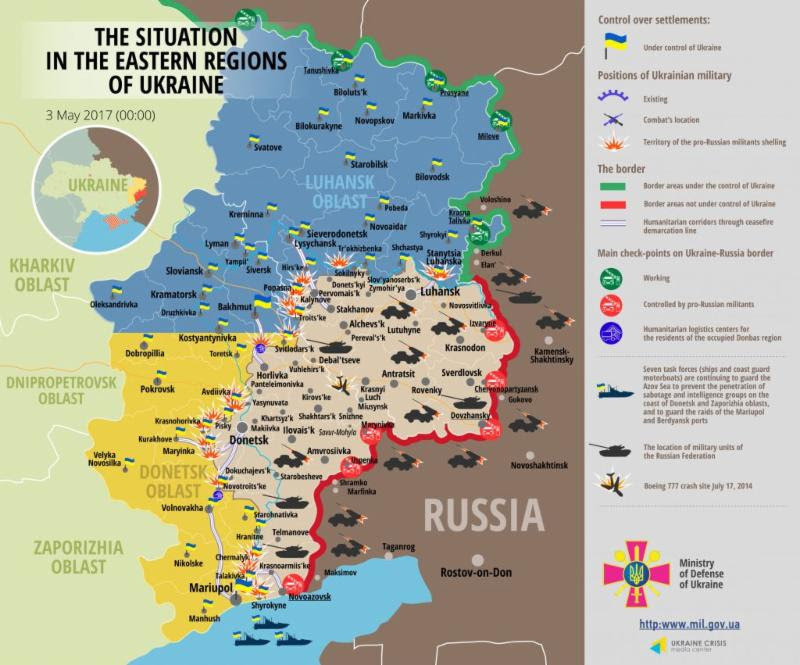 2. McCain, Graham urge US Senate to take action on Russian sanctions legislation
On May 2, US Senators John McCain (R-AZ) and Lindsey Graham (R-SC) stated, “It’s been six months since Russia attacked the fundamentals of our democracy by interfering in the 2016 election. Since then, Russia has received a slap on the wrist from the Obama administration, but Congress has taken no action. Whether it’s through the Foreign Relations Committee or the Banking Committee, or through amendment considered by the full Senate, it is time for the Senate to take real action, including increased sanctions, to punish Russia’s destabilizing behavior and counter its malign influence. Now is not the time to send a signal to Russia that all is forgotten or forgiven.” In January 2017, McCain, Graham and a bipartisan group of senators introduced the Countering Russian Hostilities Act of 2017, which “would impose comprehensive sanctions on Russia for their cyber intrusions, aggression and destabilizing activities in the United States and around the world.”
3. Sharing Boomer’s Legacy: Donations from Canada making a difference in Ukraine
In an article published by Canada’s Department of National Defence, Joint Task Force-Ukraine stated, “While training and professionalizing the Ukrainian Armed Forces is the Canadian Armed Forces’ (CAF) primary purpose on Operation UNIFIER, Joint Task Force – Ukraine (JTF-U) has also made it a priority to connect with the local community. Canadian soldiers recently saw two local charitable organizations in desperate need of support, and were able to help. CAF members have made numerous visits to volunteer time at the Dzherelo Children’s Rehabilitation Centre. Individual soldiers also raised funds for the Ukrainian charity OBEC over the past several months. From this, the specific hardships of these two organizations became clear to the members of JTF-U. On behalf of Dzherelo and OBEC, JTF-U applied for and was granted over $13,000 from Boomer’s Legacy Fund. This money will improve the lives of Ukrainians who are facing difficult times. ‘When I learned about Boomer’s Legacy Fund through the chaplaincy, its mandate sounded like a perfect fit for some of the outreach activities we were doing in Ukraine,’ said Captain Min Kim, JTF-U Chaplain and lead on the initiative. ‘The connection we have made with the local community has been extremely beneficial for both sides: being able to help out by donating time or funds has been a great morale boost for task force members.’ Since its establishment in 2006, Boomer’s Legacy has provided funds so that members of the CAF serving on deployments around the world could help those most affected by war and poverty. The fund places emphasis on healthcare and education programs and services for women and children. Previously, projects have been completed in Afghanistan, Jamaica, Haiti, Thailand, and Kosovo. The Boomer’s Legacy Fund will aid in two projects in Ukraine: hydrotherapy treatment for children, and the purchase of a prosthetic limb for a Ukrainian veteran. Hydrotherapy is the most common form of rehabilitation for young children with physical and intellectual needs at the Dzherelo Centre.  It relieves discomfort, strengthens the muscles, and improves coordination. […] Through these funds, the deployed CAF members are making a positive impact in the community that they serve in.”
4. Ukraine enters Top 30 countries in Global Open Data Index
Ukraine was ranked the #24 country in the Global Open Data Index (GODI), prepared by Open Knowledge International. Last year, Ukraine ranked #54. The survey assesses the openness of government data. Open Knowledge International stated, “By having a tool that is run by civil society, GODI creates valuable insights for government’s data publishers to understand where they have data gaps. It also shows how to make data more useable and eventually more impactful. GODI therefore provides important feedback that governments are usually lacking.” Ukraine’s Prime Minister Volodymyr Groysman stated, “Over the past year we’ve introduced a single open data portal, opened for free access most of the basic registries, joined the International Open Data Charter and approved a relevant roadmap of open data development. Open governance is a key to reforms in Ukraine.”
0 Likes