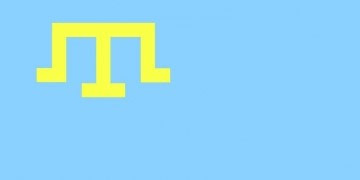 The Kharkiv Human Rights Protection Group (KHPG) reported, “Crimean Tatars are for the fourth year facing bans and likely arrests on the 73rd anniversary of the Deportation in 1944 of the entire Crimean Tatar people from their homeland.  […] Russia is continuing the repressive ban it imposed soon after invading and annexing Crimea in early 2014. Refat Chubarov, Head of the Mejlis, or self-governing body, of the Crimean Tatar People, told those gathered in Ankara that many Crimean Tatars are once again forced to remember the tragedy of their people from exile.  He stressed that with every day the pressure on Crimean Tatars under Russian occupation increases, with ongoing arrests, searches, abductions and killings, as well as silencing of the media. We must prevent a repetition of the 1944 Deportation, Chubarov said.  He noted that Ukraine’s parliament has now recognized the Deportation as an act of genocide against the Crimean Tatar people, and is now working on regulating the status of the Crimean Tatars as indigenous people of Crimea. […] More than 180 thousand Crimean Tatars were forcibly deported on May 18, 1944 and in subsequent days.  Families were given less than an hour to prepare for the journey, with the NKVD operation carried out with enormous brutality.  Almost half died as a result of the appalling conditions. […] Refat Chubarov believes that the ban imposed by the Russian occupiers on Crimean Tatars holding remembrance prayer gatherings, mass meetings and processions to honour the victims is aimed at eradicating their historical memory and justifying the crimes of Stalinism and the Soviet communist regime.  Russia is in this way seeking to crush the will of the Crimean Tatar people in fighting for their rights under Russian occupation of Crimea. […] At 12.00 a minute’s silence will be observed in mainland Ukraine in memory of the victims of the genocide of the Crimean Tatar people. Since this is impossible in Crimea under Russian occupation, the Mejlis are asking each Crimean Tatar family to join in a common Dua or prayer. Those living in individual houses should come to the gate from the street side, and join in prayer, while families living in apartment blocks should gather in the courtyard. After the Dua, people should come to the memorial stones [Khatyra-tash] for prayers and to lay flowers. All of this sounds entirely innocuous, but arrests are likely, especially now that Russia has banned the Mejlis, and is refusing to comply with the International Court of Justice’s order to stop its persecution. […]Please join all Crimean Tatars and other Ukrainians in a moment’s silence for the Victims of the Deportation on May 18, at 12.00 Crimean / Kyiv time.” The full report from KHPG is available at http://khpg.org/en/index.php?id=1494621320
3. US Senator McCain statement on reports that US President shared sensitive intelligence with Russian officials
US Senator John McCain (R-AZ), Chairman of the Senate Armed Services Committee, stated, “The reports that the President shared sensitive intelligence with Russian officials are deeply disturbing. Reports that this information was provided by a U.S. ally and shared without its knowledge sends a troubling signal to America’s allies and partners around the world and may impair their willingness to share intelligence with us in the future. Regrettably, the time President Trump spent sharing sensitive information with the Russians was time he did not spend focusing on Russia’s aggressive behavior, including its interference in American and European elections, its illegal invasion of Ukraine and annexation of Crimea, its other destabilizing activities across Europe, and the slaughter of innocent civilians and targeting of hospitals in Syria.”
4. Presidential decree imposes sanctions on Russian social networks, search engines in Ukraine
Radio Free Europe/Radio Liberty reported, “Ukrainian President Petro Poroshenko has imposed sanctions on several leading Russian social networks and search engines, ordering access to the sites to be restricted or blocked entirely in Ukraine. […] The Internet companies named in the decree included popular social networks VKontakte and Odnoklassniki as well as prominent search engine Yandex and the Mail.ru Group. It ordered the ‘limitation or termination’ of access to the sites, prohibiting Ukrainian web hosts from linking to them for a period of three years. […] Other entities named in the decree are Internet security companies Kaspersky Lab and DrWeb, as well the Russian media companies RBK, National Mediagroup, TNT, and Ren-TV. […] The decree was signed on May 15 and came into force upon its publication on May 16. Hours later, the websites remained accessible in Kyiv and other Ukrainian cities. Speaking on condition of anonymity, a Ukrainian government official told RFE/RL that it would be tough to implement the access restrictions because there are ways to circumvent them.”
0 Likes