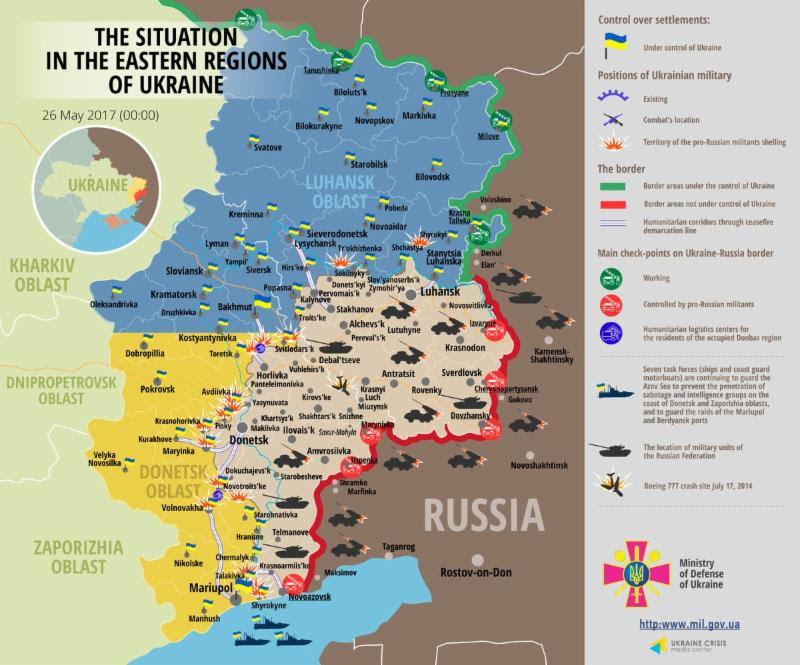 2. Statement at Conclusion of IMF Mission to Ukraine
A mission from the International Monetary Fund (IMF) visited Kyiv on May 16-26, to begin discussions on the fourth review of the government’s economic program supported under the IMF’s Extended Fund Facility. Upon the conclusion of the visit, the mission lead, Ron van Rooden, stated,
“The Ukrainian economy continues to recover, with growth expected to exceed 2 percent in 2017. Fiscal and monetary policies remain on track to meet the 2017 targets. Gross international reserves have increased further to US$17.6 billion, and inflation is projected to fall below 10 percent by the end of the year. While the near-term outlook is positive, decisive implementation of structural reforms remains critical to achieve stronger and sustainable growth that Ukraine needs over the medium-term.
In this regard, the mission held constructive discussions with the authorities on reforms needed to improve productivity, attract investment, and continue to strengthen public finances. As envisaged under the program, discussions focused on the pending pension and land reform and on measures to speed up the privatization process and ensure concrete results in anticorruption efforts.
While good progress has been made in building understandings on the key elements of these measures, further technical work is needed in some areas to transform these into draft laws that meet the reform objectives. Securing parliamentary approval of these draft laws will be needed to pave the way for the completion of the fourth review. IMF staff, in cooperation with other international partners, will remain closely engaged with the authorities in the coming weeks to advance the reform agenda.”
3. Ukraine’s President: G7 must face down Russia or suffer disaster
In an op-ed for Politico, Ukraine’s President Petro Poroshenko stated, “The Western world needs to commit to joint action and stand together to protect its values and respect for international law. Today, like on the eve of World War II, time is against us. The violence in eastern Ukraine is taking lives every single day. Delays and soothing half-measures are not only ineffective but dangerous. Russia’s new generation of hybrid warfare is gaining momentum. And its effects spread beyond Ukraine. […]
We now face a choice between reacting with a proportionate response or continuing to muddle through with half-measures. The date of the G7 meeting in Italy  – where leaders will discuss the complex challenges to our world order – could not be more symbolic for Ukraine.
Three years ago, on May 26, the battle for Donetsk airport began. The fierce confrontation between Ukrainian forces and pro-Russia militants supported by Russia lasted for months. It also showed the world that it is possible to resist Russia’s aggression. Ukrainian soldiers proved that they are ready to pay with their lives to defend Western values such as freedom and democracy. […]
History teaches us that appeasement leads to greater aggression. The more you feed the crocodile, the hungrier it gets. Only from a position of strength can sustainable peace be defended and security and stability restored. This requires increasing Ukraine’s resilience by supporting crucial reforms and enhancing its army’s defense capabilities, including boosting its store of modern defensive weapons. This also requires the West to stay firm on sanctions against Russia and be ready to strengthen them if need be, as outlined at the G7 summit in Ise-Shima, Japan.
The G7 – a club of distinguished states and world leaders, from which Russia was expelled with disgrace – has an opportunity to clearly answer the aggressor. The Kremlin should not be able to wash the blood from its hands and escape responsibility for stealing Crimea and exporting war to the Donbas region. If the West is serious about peace and world order, it should bear in mind that restoring normal relations with Moscow still runs through Kyiv. Russia must implement the Minsk agreements, especially those terms regarding security. It must return Crimea to Ukraine and restore our country’s territorial integrity within internationally recognized borders. Doing anything else opens the door to disaster.”
The full article is available at http://www.politico.eu/article/g7-must-face-down-russia-or-suffer-disaster-ukraine-president-petro-poroshenko-opinion/
4. NATO Secretary General: We will continue to strengthen our close partnership with Ukraine
At a press conference following the NATO heads of state or government meeting on May 25, NATO Secretary General Jens Stoltenberg stated, “we have seen a pattern over some time where Russia is more assertive, where Russia is willing to use military force to intimidate neighbours. We saw it in Georgia, we have seen it in Moldova, we have seen it in Ukraine with the illegal annexation of Crimea but also with the continuous destabilization of eastern Ukraine, and we have seen a significant military buildup in Russia, and we have seen rhetoric which is more, much stronger and more threatening than before. […]
When it comes to Ukraine it was clearly stated by many allies and the whole alliance is behind the message that we are going to continue to strengthen our close partnership with Ukraine to provide practical support, political support; and there was a strong support of course for all efforts to try to make sure that we are really able to implement the Minsk Agreements and especially allowing the international monitors to be able to do their job.”
0 Likes