Photos of “Vyshyvanka Day” Across Canada30 May 2017Next 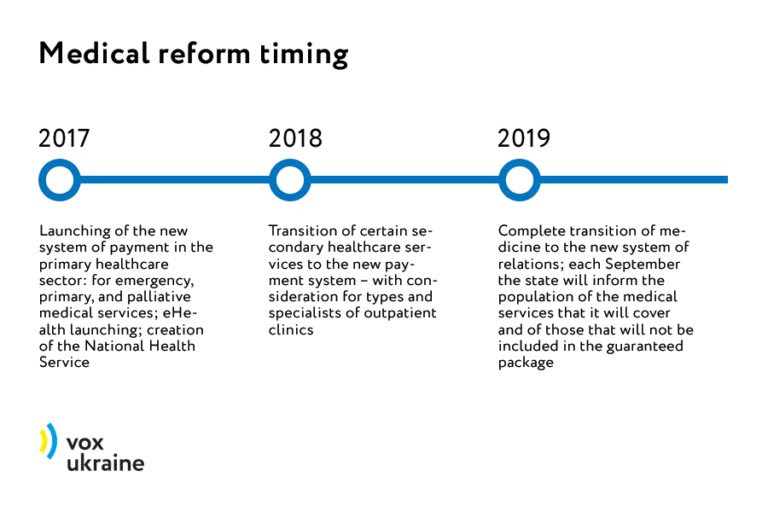 Writing in the Kyiv Post, Ukraine’s Acting Minister of Health Ulana Suprun stated, “Ukraine is on the cusp of fundamental change to its Soviet era healthcare system. The decisions made by the Parliament and Government of Ukraine over the next 45 days will determine if 43 million Ukrainians will finally receive a quality of healthcare that meets international standards, or if they will be locked-in a post-Soviet catatonia into the next decade. […]
Ukraine’s current healthcare system is a failure – a relic of Soviet state planning. This system proclaims ‘free medical assistance’ but in reality creates a ‘pay to play’ system that encourages corruption and kickbacks. […]
The new healthcare system is based on three fundamental principles. First, state budget money will now “follow the patient,” and pay for medical services instead of being disbursed based on an antiquated formula that only supports system infrastructure. Second, a unified set of medical services that are financially covered, will be defined and established for all citizens. Third, international best practices for treatment and diagnostics will be introduced to ensure that citizens have control over the quality of services provided.
In practice, these principles will be realized through several key reforms. We are instituting state funded medical insurance for all Ukrainians, with financial guarantees of coverage for a wide range of services. […]
Last year, we canceled a decree that allocated state funding based on the number of hospital beds rather than the number of patients. In the new system, doctors who provide higher quality services will be rewarded with more patients and paid accordingly through state insurance as the money will ‘follow the patient.’ The country’s healthcare budget will be transformed into a fund for treating patients, rather than a bloated government subsidy for inefficient medical facilities and a cesspool of corruption. […]
Finally, we are instituting reference pricing for pharmaceuticals to further protect patients from corruption and price gouging. […]
However, all of these fundamental changes depend on the Parliament of Ukraine having the courage to pass the package of reforms during this session. If Parliament delays and fails to pass these changes in the next 45 days, Ukraine will lose its chance at fixing its broken healthcare system for at least five years, prolonging decreases in life expectancy due to procedural, legal, and political reasons. […]
The hope of a European standard of life drove the Euromaidan protests and stopped a band of tyrants. Passage of healthcare reforms that meet international standards will create conditions that give Ukrainians the European quality of life they deserve.” The full article is available at https://www.kyivpost.com/article/opinion/op-ed/ulana-suprun-45-days-will-change-ukraines-healthcare-system.html
3. EBRD opens regional office in Odesa

The European Bank for Reconstruction and Development (EBRD) opened a new regional office in Odesa on May 30. The office is EBRD’s third regional office outside Kyiv, “and will serve as a hub for the southern regions of Ukraine. The operational expansion is supported by the European Union (EU) through the EU4Business Initiative. Southern Ukraine has always played an important role in EBRD operations in the country, especially in sectors such as agribusiness, logistics, transport and infrastructure. The new office will allow the EBRD to work closer to local clients and will offer access to expert advice for small and medium-sized enterprises (SMEs),” the EBRD stated.
Ambassador Hugues Mingarelli, Head of the EU Delegation to Ukraine, said: “We are coming closer to businesses in the regions. Opening a regional EBRD office in a business hub like Odesa is a logical choice and we are pleased to support this through the EU4Business initiative. The EBRD is our strategic partner, which will support the Ukrainian SMEs by providing them with expert advice on how to access the EU market as well as lending directly to them to meet for their growth needs. I am confident that soon we will also be able to enjoy very concrete results of this cooperation in southern Ukraine.”
0 Likes