Ukraine: Weekly Bulletin
June 3-9, 2017
Basic Leader training course, Ukraine. Photo – US 7th Army
1. Russian Invasion of Ukraine
The General Staff of Ukraine’s Armed Forces reported that during the week of June 2-8, seven Ukrainian soldiers were killed and 50 Ukrainian soldiers were wounded in action on the eastern front. Throughout the week, Russian-terrorist forces opened fire 450 times on Ukrainian positions on the Luhansk, Donetsk and Mariupol sectors of the front, including at least 144 times with heavy weapons – mortars, artillery, tanks and Grad rockets.
2. Russian court convicts Head of Ukrainian library in Moscow of “inciting hatred”
Reuters reported on June 5, “The head of Russia’s only state-run Ukrainian library was convicted on Monday of inciting hatred against Russians in a case that she compared to a Stalin-era political show trial. Armed, masked police arrested Natalya Sharina in October 2015, confiscating books that the authorities called illegal anti-Russian propaganda.
Sharina, 59, has been held under house arrest and has always denied wrongdoing. Library staff testified in court that they had seen police officers planting the books […] A Moscow judge on Monday dismissed Sharina’s arguments and found her guilty of inciting ethnic hatred and of a separate charge of misappropriating funds. She handed Sharina a four-year suspended prison sentence, against which Sharina said she would appeal.”
Amnesty International stated, “The conviction of Natalya Sharina, former Director of the state-run Library of Ukrainian Literature in Moscow, for holding ‘extremist books’ demonstrates utter contempt for the rule of law […] Amnesty International regards both charges to be unfounded and politically motivated, and considers that Natalya Sharina is a victim of a travesty of justice.”
Denis Krivosheev, Deputy Director for Europe and Central Asia at Amnesty International, stated, “The prosecution has exploited the highly charged anti-Ukrainian atmosphere that is prevalent in Russia at the moment, while the court simply dismissed key evidence for the defence, including testimonies that police officers were seen planting the banned books at the library.”
3. US Senator McCain calls for strong Russia sanctions amendment

Speaking on the US Senate floor on June 7, Senator John McCain (R-AZ) spoke about the need for a strong Russia sanctions amendment to the Countering Iran’s Destabilizing Activities Act of 2017. McCain stated, “In just the last three years under Vladimir Putin, Russia has invaded Ukraine, annexed Crimea, threatened NATO allies, and intervened militarily in Syria, leaving a trail of death, destruction, and broken promises in his wake. And of course, last year, Russia attacked the foundations of American democracy with a cyber and information campaign to interfere in America’s 2016 election.[…]
But in the last eight months, what price has Russia paid for attacking American democracy? Hardly any at all. […] What has Russia’s reaction been to America’s tepid reaction to its aggressive behavior? More of the same. More aggression. More meddling. […]
We must take our own side in this fight-not as Republicans, not as Democrats, but as Americans. It’s time to respond to Russia’s attack on American democracy with strength, with resolve, with common purpose, and with action. Together with Senator Graham and a number of other senators, I am prepared to offer an amendment to this legislation that will begin to do just that. […]
The amendment would impose mandatory sanctions on transactions with the Russian defense or intelligence sectors, including the FSB and the GRU, the Russian military intelligence agency that was primarily responsible for Russia’s attack on our election.
The amendment would impose mandatory visa bans and asset freezes on any individual that undermines the cybersecurity of public or private infrastructure and democratic institutions. And it would impose mandatory sanctions on those to assist or support such activities. The amendment would codify existing sanctions on Russia by placing into law five executive orders signed by President Obama in response to both Russian interference in the 2016 election and its illegal actions in Ukraine. And it would take new steps tighten those sanctions.
For example, Russia’s ability to issue new sovereign debt essentially allows Russia to borrow money from global capital markets to offset pressure from existing U.S. and European sanctions. So this amendment would impose mandatory sanctions on U.S. and third party investment in sales of Russian sovereign debt as well as in the privatization of Russian state-owned assets.
The amendment would target the Russian energy sector, which is controlled by Vladimir Putin’s cronies, with sanctions on investments in Russian petroleum and natural gas development as well as Russian energy pipelines. […]
We need a strong Russia sanctions amendment. We need it now. And we need it on this piece of legislation. We need this amendment because we have no time to waste. The United States of America needs to send a strong message to Vladimir Putin and any other aggressor that we will not tolerate attacks on our democracy. There is no greater threat to our freedoms than attacks on our ability to choose our own leaders free from foreign interference. And so we must act accordingly, and we must act now.” McCain’s full statement is available at  https://www.mccain.senate.gov/public/index.cfm/2017/6/mccain-on-senate-floor-today-we-need-a-strong-russia-sanctions-amendment
4. Ukraine’s Parliament makes Ukraine’s integration with NATO a foreign policy priority
Ukraine’s Parliament passed amendments to several laws governing Ukraine’s foreign policy, defining cooperation with NATO and the ultimate goal of Ukraine joining NATO as a top priority. 276 MPs supported the legislative amendments. Radio Free Europe/Radio Liberty (RFE/RL) reported, “The amendments, which must be signed by President Petro Poroshenko to become law, say that Ukraine’s foreign policy will be focused on steps to promote cooperation with NATO in order to ‘achieve the criteria needed to gain membership in this organization.'”
The amendments state that “The experience of a number of countries neighboring Ukraine shows that they consider structures of collective security that function on the basis of progressive democratic values…to be the most effective way to ensure security and to secure territorial integrity and sovereignty,” RFE/RL reported.
5. EU to extend Crimea sanctions 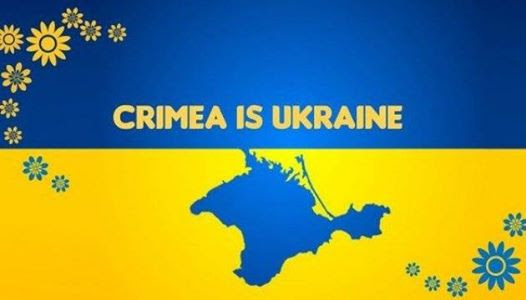 Ambassadors of EU member states decided to prolong the EU’s ban on investments in Crimea for another year. The ban was put in place in response to Russia’s invasion and occupation of Crimea.
Radio Free Europe/Radio Liberty (RFE/RL) reported on June 6, “The measures include an EU-wide ban on imports from Crimea unless they have Ukrainian certificates; a prohibition of the purchase by EU companies of property and companies on the Black Sea peninsula; and a ban on cruise ships flying the flag of an EU member state or controlled by a member state to call at ports there. Goods and technology for the transport, telecommunications, and energy sectors cannot be exported to Crimean companies or for use in Crimea. […]EU foreign ministers are likely to confirm the decision by the ambassadors when they meet in Luxembourg on June 19.”
6. Atlantic Council: It was a very good spring for Ukraine