Condolences to the family of Mr. Ivan Putko13 June 2017Next 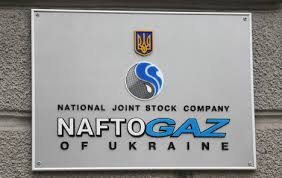 Naftogaz Ukrainy, Ukraine’s state-owned oil and gas holding published its 2016 annual report on June 9. The consolidated financial statements were audited by Deloitte. Naftogaz was profitable for the first time in 5 years and required no support from the state budget for the first time in a decade. Naftogaz paid 74 billion UAH (approx. 2.8 billion USD) into the state budget.
Naftogaz stated, “The group’s financial result changed dramatically from net consolidated loss of UAH 88.4 billion (USD 5.6 billion) in 2014 to net consolidated profit of UAH 22.5 billion (USD 0.9 billion) in 2016. […] Transparency and a systemic struggle against corruption are not just attractive catchphrases; they have become key elements of our corporate culture, which, among other things, has made us the biggest user of Ukraine’s corruption beating ProZorro. Since its official launch in 2016, the enterprises of Naftogaz group held 13 thousand open bidding procedures in it and saved UAH 8.4 billion (9% of the expected cost).” The full report from Naftogaz is available here
4. Ukraine’s President signs law banning Russian St. George ribbon
On June 12, Ukraine’s President Petro Poroshenko signed a law passed by Parliament on May 16, banning the use of the Russian St. George ribbon. The St. George ribbon is widely seen in Ukraine as a symbol of support for Russia’s occupation of Crimea and invasion of eastern Ukraine. Poroshenko stated that the St. George ribbon is “not a symbol of [victory] in World War II, it is a symbol of aggression against Ukraine in 2014-2017. The militants who kill our soldiers every day are draped in these ribbons. Through its policies towards Ukraine Russia has placed this ribbon outside of the law.”
0 Likes