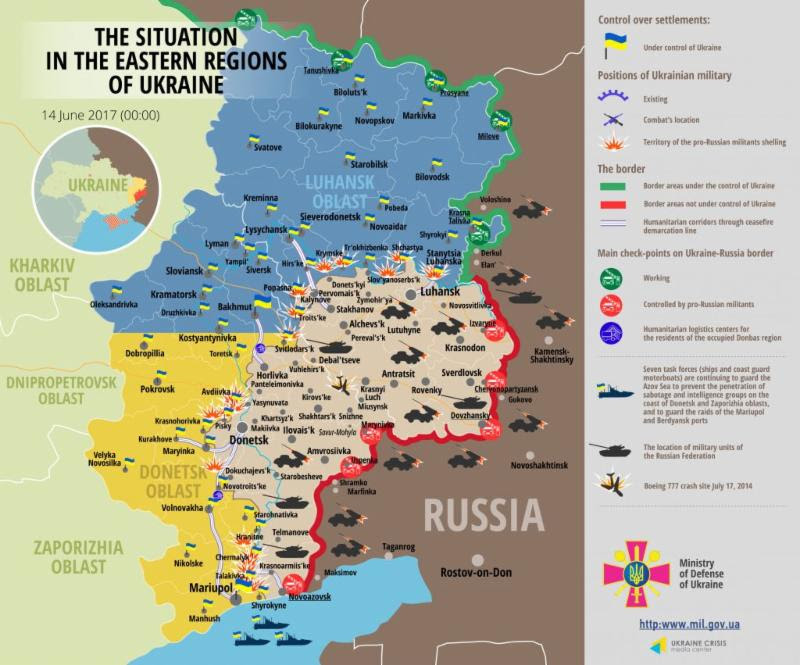 2. Canada’s Magnitsky Law passes second reading in House of Commons
On June 13, Bill S-226 “Justice for Victims of Corrupt Foreign Officials Act (Sergei Magnitsky Law)” passed second reading in Canada’s House of Commons and was referred to the House Standing Committee on Foreign Affairs and International Development. The Magnitsky Law, tabled in the House by James Bezan (MP, Selkirk-Interlake-Eastman), provides “for the taking of restrictive measures in respect of foreign nationals responsible for gross violations of internationally recognized human rights. It also proposes related amendments to the Special Economic Measures Act and to the Immigration and Refugee Protection Act.” In the Senate, the bill was introduced by Senator Raynell Andreychuk. The Senate passed the bill on April 11.
3. RHCE builds interoperability with Ukraine though Basic Leadership Course
US Army Europe reported, “In conjunction with the U.S. Army Europe’s Office of the Command Surgeon, Regional Health Command Europe staff recently visited Ukraine to host a Basic Leadership Course for the some of the country’s junior medical officers.
The focus of the week-long course was Army values, leadership, doctrine and troop leading procedures.
‘We did basic instruction on trust, shared values and progressed to a role play exercises where they demonstrated what they learned,’ said Col. Sara Breckenridge-Sproat, RHCE Regional Nurse Executive. […]
Breckenridge-Sproat said that this training was an important part in continuing to build the RHCE partnership with Ukraine.
‘As a clinician, we need to sustain our skills and really we learn from one another,’ she said. ‘And learning from each other in a classroom environment as well as a clinical environment is really a way to sustain us all into the future. Because of the current conflict there, they have acuity large number of very complex patients. Learning from each other is really so vital.’
Ukraine has been an active contributor to the European-Atlantic security by deploying troops that work with peacekeepers from NATO and other partner countries. It is the only partner country that has contributed, at one stage or other, to all ongoing NATO-led operations and missions.
Relations between NATO and Ukraine date back to the early 1990s. Since 2014, in the wake of the Russia-Ukraine conflict, cooperation has been intensified in critical areas.
Ukraine has sought NATO’s support in efforts to transform its Cold War legacy of massive conscript forces into smaller, professional and more mobile armed forces, able to meet the country’s security needs and to contribute actively to stability and security in the Euro-Atlantic area and beyond, according to Breckenridge-Sproat. […]
Breckenridge-Sproat says she has visited and worked with the Ukrainian military many times. ‘I am always so impressed when I visit Ukraine by what a sovereign, stoic, prideful, independent nation Ukraine is. They are firmly committed to democracy.’
She went on to say, ‘this is one of the most meaningful things I have ever done. It is pretty magical to be given the opportunity to play a part in this amazing country’s transformation, while contributing to junior leaders and their readiness for the future.'”
0 Likes