Radio Free Europe/Radio Europe (RFE/RL) reported, “Ukrainian President Petro Poroshenko is set to meet President Donald Trump in Washington on June 20, an event hailed by Kyiv as a crucial development in Ukraine’s relations with the new U.S. administration.
Poroshenko’s first meeting with Trump comes days before the U.S. president’s expected first encounter with Russian President Vladimir Putin at the July 7-8 G20 summit in Hamburg, Germany  […]The White House has announced that Poroshenko will meet with Trump and Vice President Mike Pence on the morning of June 20. ‘The president will … meet with national security adviser H.R. McMaster with a drop-in by Vice President Mike Pence and President Petro Poroshenko of Ukraine,’ a June 19 statement said. Poroshenko said that he also would meet top officials from the departments of State, Defense, Trade, and Energy. […]
Poroshenko hailed the U.S. Senate’s decision to introduce new sanctions against Russia, saying that measures were a civilized mechanism “to force the aggressor to get away from Ukraine” and withdraw troops and equipment. The U.S. Senate last week voted overwhelmingly for new sanctions punishing Russia for meddling in the 2016 U.S. election and to force Trump to get Congress’s approval before easing any existing sanctions.”
3. Canada Ukraine Trade and Investment Support Project
Launches U CAN Export 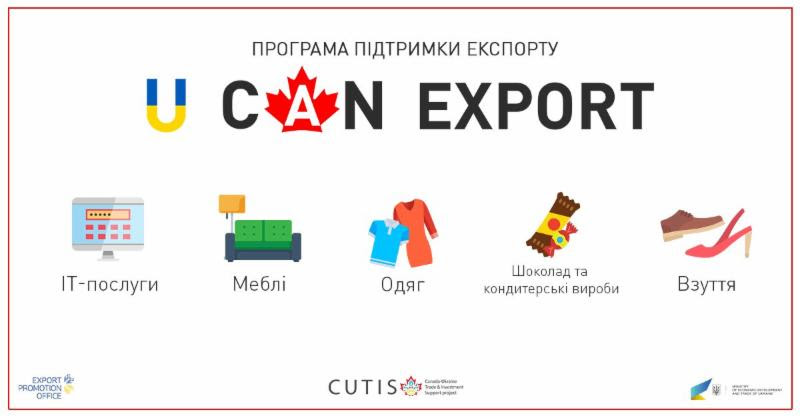 The Canada Ukraine Trade and Investment Support Project (CUTIS) announced “a call for Ukrainian small and medium businesses to enter the Canada-Ukraine export support program U CAN Export in the priority sectors:
Priorities were identified as a result of a thorough analysis of the Canadian and Ukrainian markets. […] Export Support Program will be implemented by CUTIS project in partnership with the Ministry of economic development and trade Export Promotion Office. It is designed for three years.” More information is available at https://cutisproject.org/en/news/export/
0 Likes