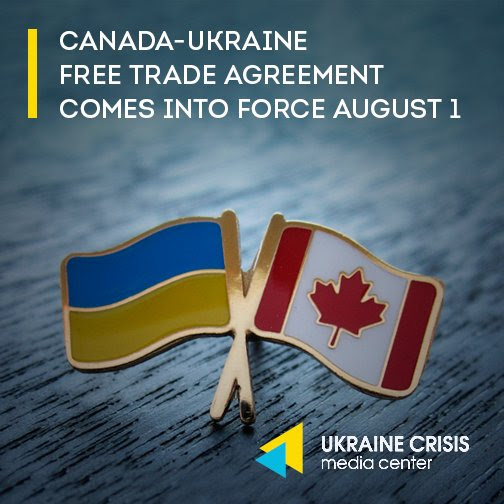 Canada’s Minister of National Defence Harjit Sajjan met with Ukraine’s Minister of Defence Stepan Poltorak in Brussels on the margins of the NATO Defence Ministerial meeting. Ukraine’s Ministry of Defence stated that Poltorak “briefed him on situation in the east of Ukraine. He focused on discussion of prospects of defence cooperation and possibility of procurement of defence equipment in Canada next year.”
3. Yanukovych to be tried for treason in absentia
A Kyiv court has decided to hold the treason trial of former Ukrainian president Viktor Yanukovych in absentia.  Radio Free Europe/Radio Liberty (RFE/RL) reported, “A court in Kyiv has decided to hold the treason trial of Ukrainian President Viktor Yanukovych in absentia. Presiding Judge Vladyslav Devyatko made the announcement on June 29 after Yanukovych, who is in Russia, repeatedly failed to show up in the courtroom. […] The next hearing is to take place on July 6. […]
Dozens of people were killed when his government attempted to clamp down on the Euromaidan protests. Prosecutors are seeking life imprisonment for Yanukovych, who is accused of treason, violating Ukraine’s sovereignty and territorial integrity, and abetting Russian aggression.”
4. Russian Contract Soldier Captured While Fighting in Eastern Ukraine
The Kharkiv Human Rights Protection Group (KHPG) reported, “Another Russian soldier whose active combat in Ukraine is denied by Moscow has been captured in the Luhansk oblast after a battle in which his fellow Russian soldier was killed.  Russia’s attempts to deny that Viktor Ageyev is a current contract soldier are refuted by the 22-year-old’s mother, friends and former soldier colleagues.  They have informed the BBC Russian Service that Ageyev returned to the Russian Army after military service, and signed a contract in March 2017.
Sources in Ukraine’s Defence Ministry report that Ageyev was captured on June 24 near the village Zhelobok in the Luhansk oblast, after a clash between Ukrainian soldiers and a sabotage and intelligence unit from the self-proclaimed Luhansk people’s republic (LPR).
According to the commander of the Ukrainian unit, Vladyslav Klochkov, the LPR sabotage group was led by a Russian officer, Captain Aleksandr Shcherbak (codename Alex).  It attempted to penetrate the area where the Ukrainian brigade was located, with this detected and prevented.  Klochkov reports that the fighters were ordered to surrender, but that Shcherbak and a sniper attempted to shoot their way out and were killed.  Four men were captured, including the 22-year-old Russian citizen from the Altai region, together with his weapons, used only in the Russian Army.
The BBC has tried to track Ageyev’s military background and run up against evasive answers or been told to put their requests in writing. It has spoken with two former colleagues of Ageyev, one of whom agreed to speak to them on condition of anonymity.  He confirmed that both had finished military service in 2016, but that Ageyev had later gone on to serve under contract in military intelligence. […]
Svetlana Ageyeva recognized the documents made public by the Ukrainian Military as being from her son.  She told the BBC that she is worried because he hasn’t been in touch for a long time, and says that she spoke with him last on May 30.
According to her, Ageyev signed a contract on March 18, with the place where he was to be posted – Bataisk in the Rostov oblast (which borders Ukraine). She told the BBC that nobody from the military command had been in touch with her.
This has doubtless changed by now.  Judging by many other occasions, it is likely that pressure will be put on Svetlana Ageyeva to either change her story or to stop communicating with the press altogether.” The full report from KHPG is available athttp://khpg.org/en/index.php?id=1498656542
0 Likes