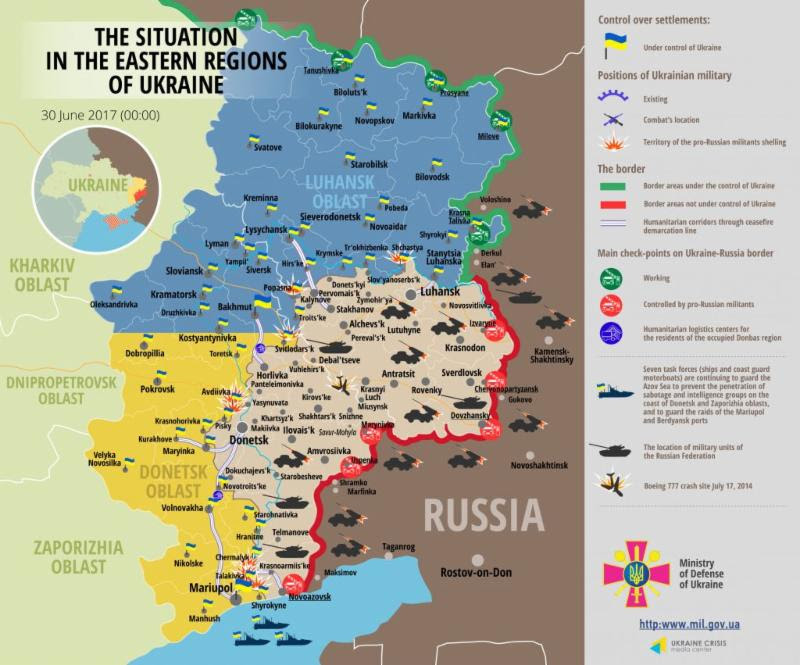 2. US Senate Armed Services Committee completes markup of 2018 National Defense Bill
On June 28, the US Senate Armed Services completed the markup of the National Defense Authorization Act for Fiscal Year 2018. The Committee voted unanimously to report the bill.
The Committee’s markup of the bill states, “The committee believes the United States must do more to deter Russian aggression, whether across its borders or in cyberspace. Russia continues to occupy Crimea, destabilize Ukraine, threaten our NATO allies, violate the 1987 Intermediate-Range Nuclear Forces (INF) Treaty, and bolster the Assad regime in Syria. In an unparalleled attack on our core interests and values, Russia engaged in an active, purposeful campaign to undermine the integrity of American democracy and affect the outcome of the 2016 presidential election.”
Among its provisions, the Committee’s markup:
– Authorizes $500 million to provide security assistance to Ukraine, including defensive lethal assistance. The bill restricts half of these funds until the Secretary of Defense certifies that Ukraine has taken substantial action to make defense institutional reforms critical to sustaining capabilities developed using security assistance. […]
– Adds reporting on hybrid warfare as part of the annual report on Russian military and security developments, including assessments of Russia’s information warfare strategy and capabilities, malicious cyber activities, and coercive economic tools.
– Extends the prohibition on using DOD funds for bilateral military-to-military cooperation with Russia.
– Prohibits the DOD from using software platforms developed by Kaspersky Lab due to reports that the Moscow-based company might be vulnerable to Russian government influence.
A full summary is available here: https://www.armed-services.senate.gov/imo/media/doc/FY18%20NDAA%20summary2.pdf
3. US Senate revises Russia sanctions bill, sends to House of Representatives
Reuters reported on June 29, “The U.S. Senate resolved a technical issue on Thursday that had stalled a new package of sanctions on Russia but the measure faces opposition in the House that could mean more delays, lawmakers said.
The Countering Iran’s Destabilizing Activities Act, which also includes the Russia sanctions, passed the Senate in a 98-2 vote on June 15. Many lawmakers hoped the bill would become law in time to send a strong message to Russian President Vladimir Putin before President Donald Trump’s meeting with him in Germany next week. But the Senate bill stalled when House Republican leaders said it violated a constitutional requirement that legislation affecting revenues originate in the House, known as a ‘blue slip’ violation. […]
The Senate resolved the procedural issue on Thursday. But the delay means the House will not vote until after the G20, because of Congress’ recess next week. […][House Foreign Affairs Committee Ranking Member Elliot] Engel and Republican committee chairman Ed Royce have said they want the sanctions passed quickly. […]
The legislation would put into law sanctions previously established via ex-President Barack Obama’s executive orders. It includes sanctions on mining and other industries, and targets Russians responsible for cyber attacks or supplying weapons to Syria’s government. It also sets up a review process that would require Trump to get Congress’ approval before easing sanctions on Russia.”
0 Likes