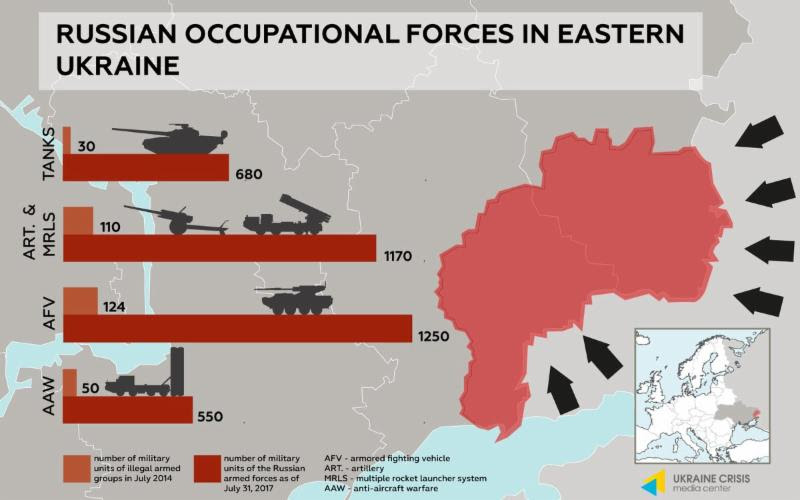 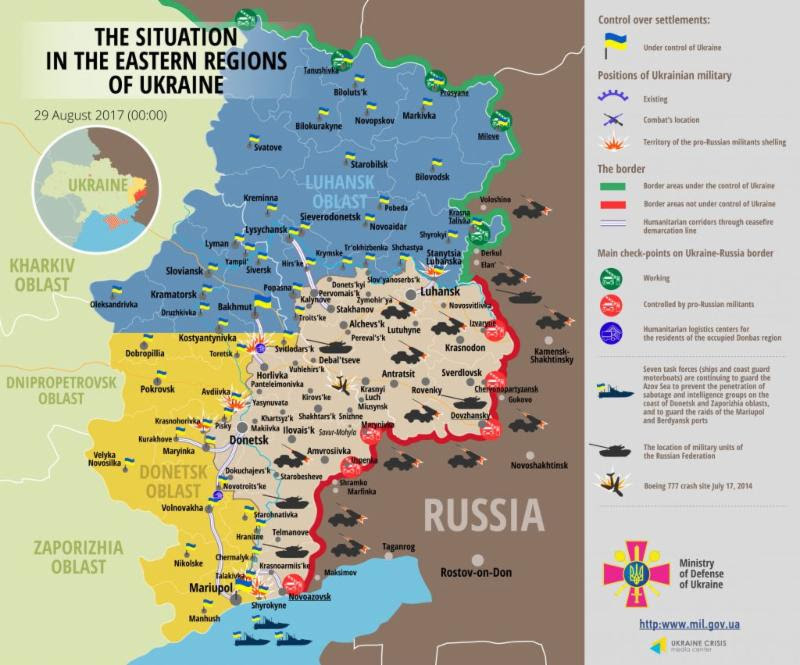 2. Ukraine’s President: OSCE inspectors must observe fulfillment of ceasefire regime 24/7
Ukraine’s President Petro Poroshenko visited Shchastya and Stanytsia Luhanska, where he met with representatives of the OSCE Special Monitoring Mission, President Poroshenko’s press service reported. Poroshenko stated, “We are not content when the OSCE inspectors came at 9 am and left at 6 pm, and the shelling takes place all the night.” Poroshenko stated that OSCE inspectors must be present on the line of contact 24/7 to ensure a sustainable ceasefire, the President’s press service reported.
3. Anders Aslund: The Achilles Heel of Putin’s Regime
Writing for Project Syndicate, Atlantic Council Senior Fellow Anders Aslund stated, “Russian President Vladimir Putin’s authority is weaker than it seems. In fact, the bedrock of Putin’s power – the clientelist economic arrangements that he has assiduously consolidated over the past generation – has become the main threat to his political survival. The reason is simple: the lack of credible property rights under Putin’s system of crony capitalism forces senior Russian officials and oligarchs to hold their money abroad, largely within the jurisdictions of the Western governments against which Putin rails. […]
In the absence of credible property rights, wealthy Russians, including Putin’s own cronies, know that the only safe places to keep their assets are abroad. And, thanks to a fully convertible ruble and the absence of restrictions on capital outflows, they can transfer their gains to offshore tax havens. […]
With the Financial Action Task Force having reduced bank secrecy in Switzerland and cleaned up the many small island tax havens, there are two major remaining destinations: the United States and the United Kingdom, both of which permit anonymous currency inflows and allow asset owners to hide their identity. In the US, tens of billions of dollars move through law firms’ opaque bank accounts each year, facilitating money laundering.
In general, Western governments do not really exert much control over such activities within their borders. In fact, while the assets of Putin’s cronies in the US and the European Union are supposed to be frozen, according to the sanctions imposed after Russia’s illegal annexation of Crimea in 2014, hardly any have been found.
It is time to change this, by initiating comprehensive investigations into the assets of sanctioned people. The US and the UK, which presumably hold the vast majority of Russian offshore wealth, must also catch up with their counterparts in most of Europe by prohibiting the anonymity of beneficiary owners. The US should also proscribe the use of attorney-client privilege to transfer anonymous or dirty money into the country.

The good news is that progress may be on the horizon. A new bill, which US President Donald Trump signed into law on August 2, calls for far-reaching investigations into ‘senior foreign political figures and oligarchs in the Russian Federation’ – including ‘spouses, children, parents, and siblings’ – and their assets within 180 days.”

The full article is available here: The Achilles Heel of Putin’s Regime
0 Likes