To view a video of Invictus Team Ukraine arriving in Toronto, please click HERE
An excited and energetic crowd, led by Ukrainian Canadian Congress (UCC) Invictus Games Organizing Committee Chair Renata Roman, greeted Ukraine’s athletes as they arrived from their flight.
“It was wonderful to see so many members of our community come out to welcome Ukraine’s veteran-athletes to Toronto,” stated Renata Roman. “Everyone is very excited to see them compete in the upcoming Games and cheer them on. We hope to see many members of our community proudly waving Ukrainian and Canadian flags at the various events of the Games!”
For more information on purchasing tickets to the Invictus Games, please see HERE 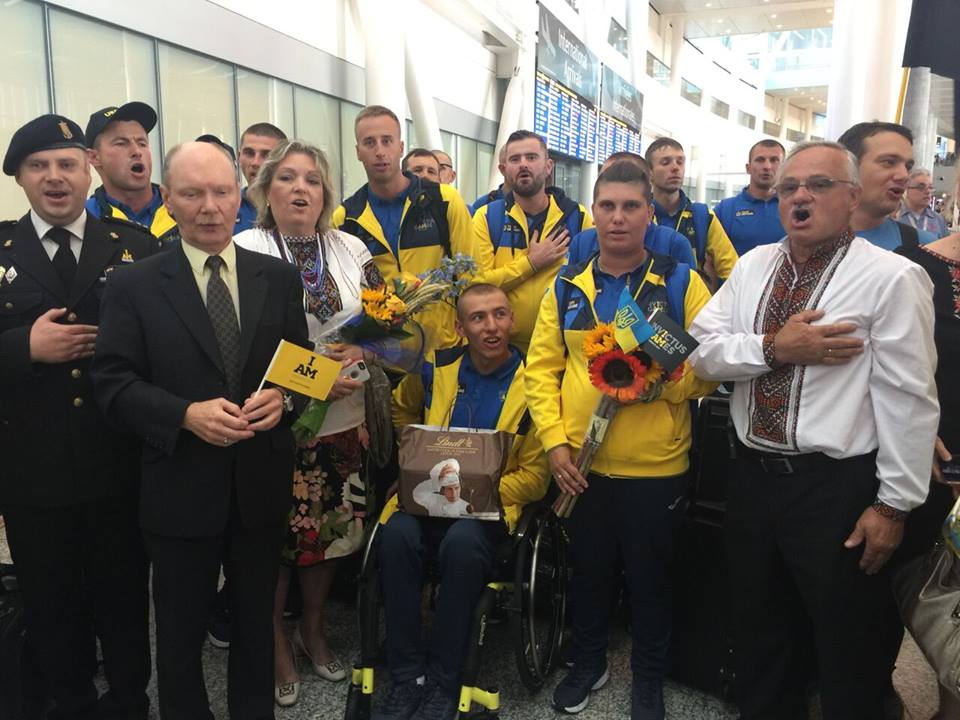 To view a video from the Invictus Flag Tour visit, please press HERE
“Invictus literally translates as someone who cannot be conquered. Someone who was never conquered, someone who will never be conquered. This is what these athletes represent,” stated Captain (Ret) Kozak. “They went, they fought for their countries, and now they’re fighting another battle – with physical injuries, and fighting a battle with PTSD. They’re showing us how to fight this battle, how to survive and how to win.”
Ukrainian soldiers will be participating for the first time in the Invictus Games in Toronto from September 23-30. The Invictus Games are an international multi-sport competition in which wounded, ill and injured military personnel and veterans take part. Founded by Prince Harry, the first Invictus Games took place in 2014.
Tomorrow, September 22, the UCC will host a special Gala Reception to honour Ukraine’s wounded warrior-athletes. The sold-out event will feature Ukraine’s Invictus Team; the Right Honourable Justin Trudeau, Prime Minister of Canada; His Excellency Petro Poroshenko, President of Ukraine, and many more distinguished guests.

The Ukrainian Canadian Congress is very pleased to thank the following sponsors for supporting this special event: