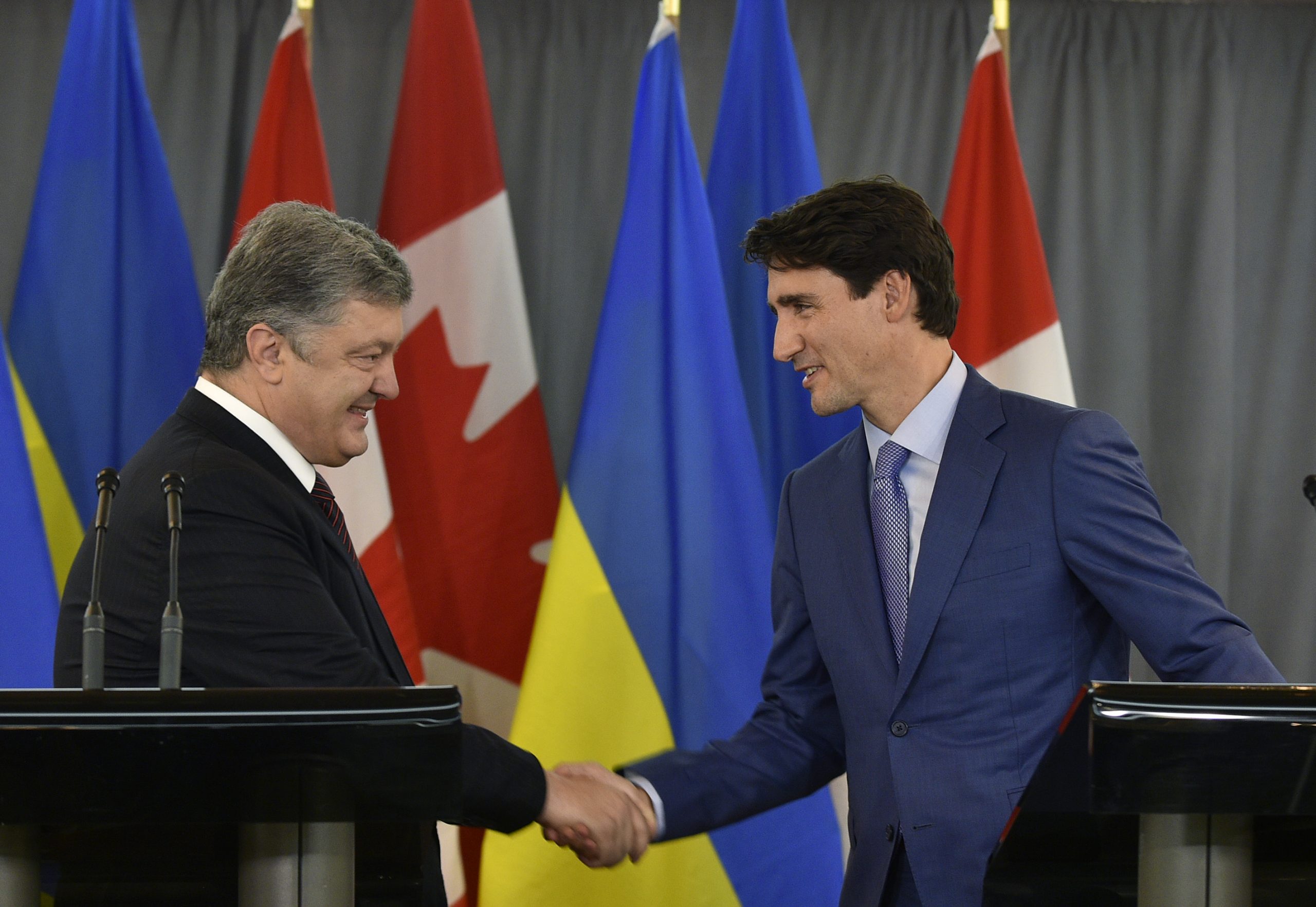 President of Ukraine Visits Canada to Support Invictus Games and 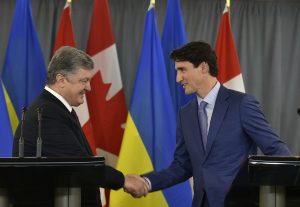 “The entry into force of the Canada-Ukraine Free Trade Agreement (CUFTA) represents a historic moment in our bilateral relations. We are committed to working closely together to ensure that Canadians and Ukrainians alike can take advantage of the benefits of CUFTA as soon as possible.  […]

Canada is unequivocal in its support for Ukraine’s sovereignty and territorial integrity. Canada reiterates its non-recognition of Russia’s illegal annexation of Crimea and continues to condemn Russian military aggression in Donbas. Canada is committed to maintaining pressure on Russia to respect Ukraine’s sovereignty and territorial integrity and to implement fully its Minsk commitments, including through ongoing sanctions. […]

Canada shares a strong bond with Ukraine, rooted in generations of Ukrainian migration to Canada. We look forward to building on our strong people-to-people ties, including through the promotion of youth mobility, to forge new bonds between our countries for generations to come.”

“President Poroshenko’s timely visit to Canada reaffirms and strengthens the bonds between the Canadian and Ukrainian people,” stated Paul Grod, National President of the UCC. “There is a broad and ambitious agenda for the near future on cooperation between our two countries. We will work with both the Canadian and Ukrainian governments on such initiatives as a possible UN peacekeeping mission; restoring Ukraine’s sovereignty in Russian-occupied Crimea and Russian-occupied Donbas; and Canada’s international assistance for the consolidation of democratic institutions in Ukraine.” 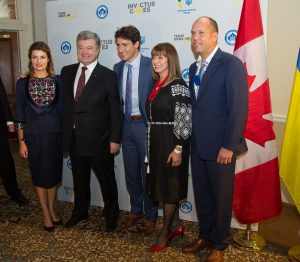 At a press conference following their meeting, Prime Minister Trudeau stated that Ukraine will be added to the Automatic Firearms Country Control List (AFCCL), which would allow for the export of certain weapons from Canada to Ukraine. The Canadian Press reported, “Absolutely,” Trudeau said when asked if Ukraine would be added to the list. “(It’s) something we’re moving forward on. There’s a process and a series of criteria that have to be reached but it is something we’re working on.”

The UCC has advocated for the addition of Ukraine to the AFCCL since the Government of Canada began the review process in 2015. 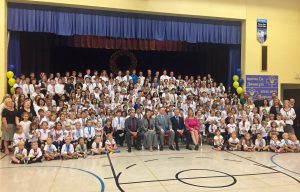 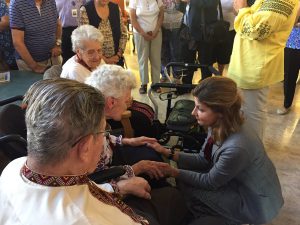 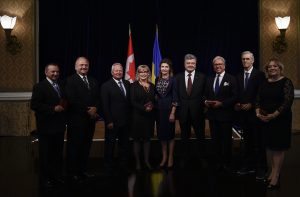 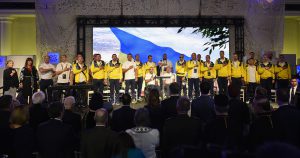 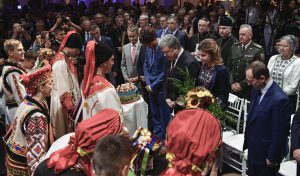 On September 23, Ms. Poroshenko met with Ukrainian Canadian women community leaders engaged in humanitarian and charitable projects in Ukraine. The participants discussed the many initiatives undertaken by our community in support of Ukraine and future areas of priority needs. Ms. Poroshenko spoke about her work with children with special needs and inclusive education in Ukraine, a cause to which she has lent her support as First Lady of Ukraine. 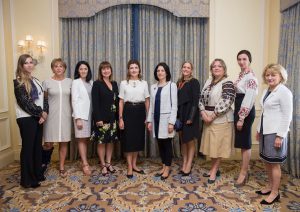 On September 23, President Poroshenko held meetings with the Honourable Chrystia Freeland, Minister of Foreign Affairs; Members of Canada’s Parliament from the Canada-Ukraine Parliamentary Friendship Group; the Honourable Kathleen Wynne, Premier of Ontario; and representatives of Canadian business in Toronto.

Readouts of the meetings are available on the President’s website:

President met with Minister of Foreign Affairs of Canada

President met with Premier of Ontario

President met with representatives of Canadian business in Toronto

On September 25, an interview with President Poroshenko aired on CBC’s The National. The interview is available HERE