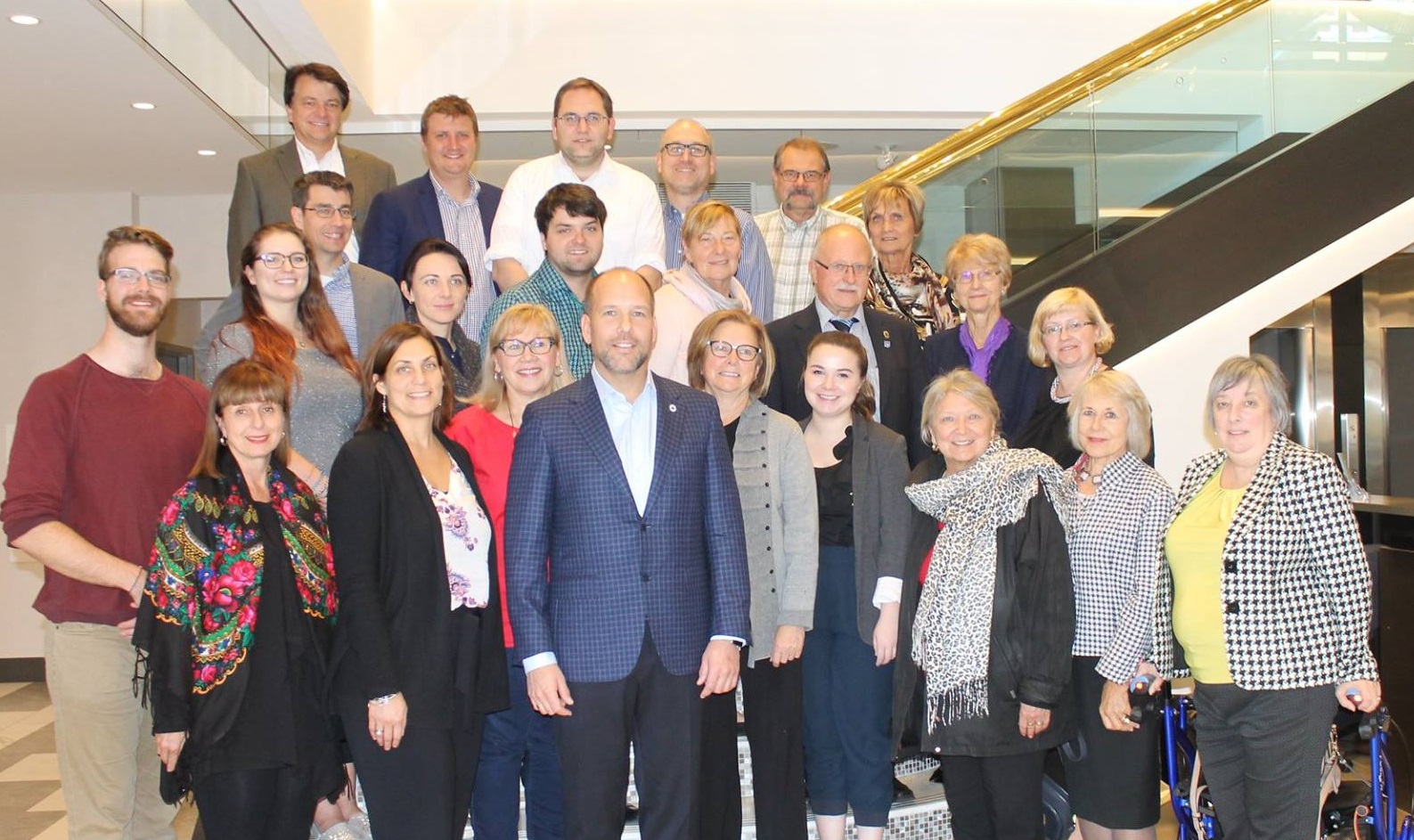 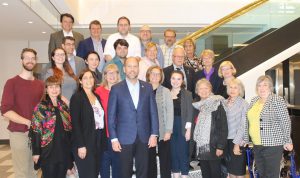 October 18, 2017. VANCOUVER, BC. The Ukrainian Canadian Congress (UCC) held its Annual General Meeting and a meeting of its Board of Directors on October 13 through October 15 in Vancouver, BC.

Community leaders and executive members from across the country gathered in Vancouver to discuss the progress on UCC priorities set at the XXV Triennial Congress of Ukrainian Canadians last year. Over 40 delegates from member organizations, provincial councils and local branches attended. Dialogue and debate were focused around the three broad pillars guiding the work of the UCC:

“It was a pleasure for our community in Vancouver to host this year’s AGM,” stated Natalie Jatskevich, President of the UCC British Columbia Provincial Council and UCC Vancouver Branch. “Thank you to all the delegates who attended for a lively, vibrant and substantive discussion.”

On Saturday October 14, the UCC National Leadership Dinner, dedicated to the Canada-Ukraine Partnership and the UCC Leadership Awards, was held. Natalie Jatskevich greeted the guests of the dinner on behalf of Vancouver’s Ukrainian community. The guests at the dinner honoured Ukraine’s men and women in uniform on the occasion of the Day of the Defender of Ukraine (День Захисника України).

“As of September 1, Canadian Armed Forces’ Joint Task Force-Ukraine has trained more than 5580 Ukrainian soldiers in over 140 courses. On my most recent trip to Lviv I saw the ways the soldiers from Ukraine and Canada are benefitting from the knowledge and experience from each other. It is tremendous to see,” stated Minister Sajjan. “We are cautiously optimistic about a potential peacekeeping mission in Ukraine, if there is the right mandate, and if Ukraine has a strong voice to ensure its needs are met – and that is very critical – that Ukraine’s needs are met.” 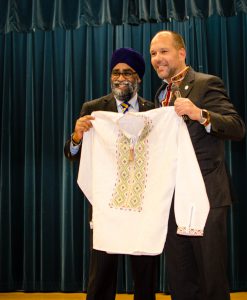 To find out more about the award winners, please see National Leadership Awards 2017

UCC Annual General Meeting and Meeting of the Board of Directors

The Board of Directors then held a discussion led by Ambassador Veselovskyi and UCC National President Paul Grod on Canada’s role in supporting Ukraine in the context of Russia’s war of aggression against Ukraine.

The UCC’s six Provincial Council Presidents (British Columbia, Alberta, Saskatchewan, Manitoba, Ontario, Quebec) and Presidents of Local Branches presented the activities of their respective councils and branches and discussed successes and challenges with the delegates.

Chairs of Committees established to implement the resolutions adopted at the XXV Triennial Congress, presented reports on their work. The AGM also heard reports from the UCC Board of Auditors, UCC Charitable and Educational Trust, and the Ukrainian Canadian Foundation of Taras Shevchenko. 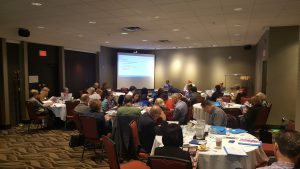 Following the adjournment of the AGM, delegates and Vancouver community members participated in two interactive workshops:

On Sunday morning, following a Moleben service led by Father Roman from the Holy Trinity Cathedral, the Board of Directors reconvened to discuss community programs and humanitarian efforts in Ukraine, as well as potential opportunities for cooperation with the Government of Canada on community-led projects in Ukraine. The discussions were led by Paul Migus, UCC Director of Government Relations and John Holuk, Chair of the UCC Ukraine Appeal.

“On behalf of UCC National, thank you to all the delegates who attended this year’s AGM. The lively discussion around UCC priorities and action items resulting from the AGM will guide the work of UCC National for the upcoming year,” stated Paul Grod, National President of the UCC. “A very special thank you our community of Vancouver, President Jatskevich, the UCC British Columbia Provincial Council and the UCC Vancouver branch for their warm hospitality and hard work in making this year’s AGM a success.”