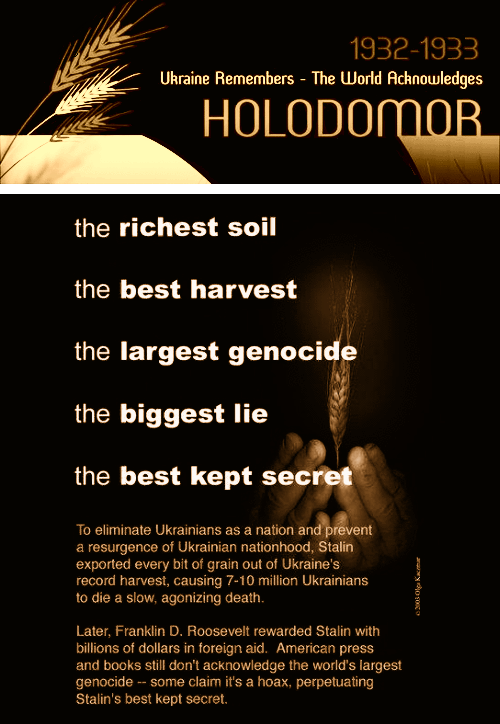 The Ukrainian Canadian Congress is launching the tenth annual National Holodomor Awareness Week November 20-26, 2017 to commemorate the 84th anniversary of the Holodomor – Famine Genocide of 1932-33.

As we gather this year, let us pay tribute to the victims of the Famine Genocide in Ukraine while remembering the reality of the aggressor the Ukrainian people continue to face today. Let’s honour the lives that have been sacrificed for the right of every Ukrainian to live on Ukrainian soil in dignity with respect for fundamental human rights and freedoms.

The Ukrainian Congress will be again compiling an online list of events taking place across Canada as part of the Holodomor Awareness Week. Please ensure that details about events in your community get to us at ucc@ucc.ca as soon as they are finalized. This events list serves as an excellent resource for our community, the Canadian public, public officials and the media.

International Holodomor Memorial Day is on Saturday, November 25. At 7:32 p.m. (19.32) local time please pause for a moment of silence and honour the memory of the victims by lighting a candle of remembrance in your home. Posting photos of your candles on social media with your thoughts of remembrance will help raise awareness.

In many communities, local churches are planning to toll their bells ten times at 7:32 pm in honour of the victims. I also encourage you to attend memorial services which will be taking place in our Ukrainian parishes on Sunday, November 26.

There are a number of new resources which will be produced this coming year. The Holodomor National Awareness Tour (HNAT) has completed three high caliber documentaries that will be of particular interest for researchers, historians and the general public alike.

For more information on these documentaries and the Holodomor National Awareness tour please contact the HNAT office by e-mail (holodomor.tour@cufoundation.ca) or phone (416-966-9800). 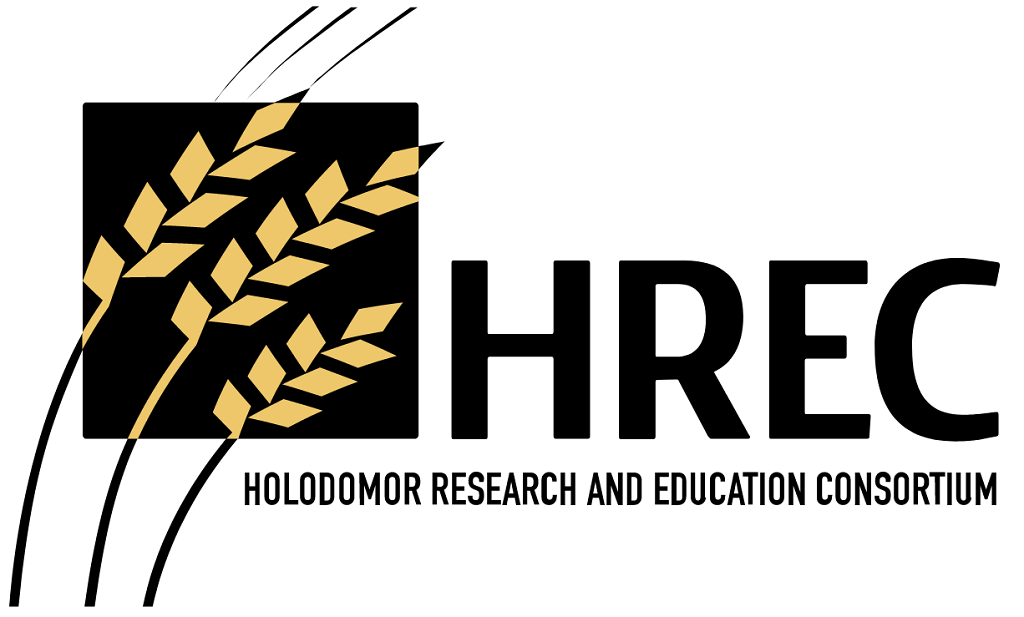 November is the month of Remembrance and we are again reminded of the Holodomor — the Genocidal Famine perpetrated by the policies of Joseph Stalin and his Soviet regime in Ukraine in the years 1932-33. Death inflicted by the starvation of millions of people, especially children, has left its mark on survivors and their descendants both in Canada and in Ukraine. The study of the sinister history of the Soviet Holodomor, the Ukrainian genocide, is particularly relevant today as we strive to educate the world about different modes of genocide and human rights abuses and try to prevent future horrific acts against humanity.

The Holodomor Research and Education Consortium (HREC) and the National Holodomor Education Committee of the Ukrainian Canadian Congress, appeals to individual schools and school boards across Canada to once again commemorate the fourth Friday in November – November 24th – as ‘Holodomor Memorial Day’ in all schools. We also encourage teachers to include Holodomor awareness and education in their lessons around that time. We are enclosing an announcement that could be read in schools on that day in an information pamphlet for teachers. In addition, we have included information on an initiative that may be of interest to teachers: the 2018 HREC Educator Prize: Holodomor Lesson Plan Development for educators creating curriculum on the Holodomor. We would appreciate your sharing this information with your staff prior to November 15.

We would be pleased to provide you with further information, resources, curriculum units or speakers, as well as in-service teacher training sessions on the Holodomor by trained Ontario educational professionals. For further information or for answers to any questions, kindly contact us: Valentina Kuryliw, Chair of the National Holodomor Education Committee of the Ukrainian Canadian Congress (416-242-5361) or Lydia Falcomer at 416-473-6532.

THUNDER BAY, ON
– Monday, November 20 @ 3:00 PM – Ukrainian Flag Raising ceremony at City Hall with Proclamation being read by the Mayor, Keith Hobbs;
– Panachyda on Sunday, November 26th after Mass at the Ukrainian Catholic Church of the Exaltation of the Holy Cross (approximately 11:00 AM).

Entry by optional monetary donation for the Saskatoon Food Bank

Hosted by the University of Saskatchewan Ukrainian Students’ Association

Hosted by the Ukrainian National Federation of Canada – Regina Branch

Sunday November 26 – Holodomor Film (english) and Soup Luncheon (free) at 11:30 am. St. George’s UOC 19 Ontario Street (across from the Library) is hosting a documentary film and discussion on Stalin’s now internationally recognized genocide of 7 million Ukrainians in 1933. All are welcome! 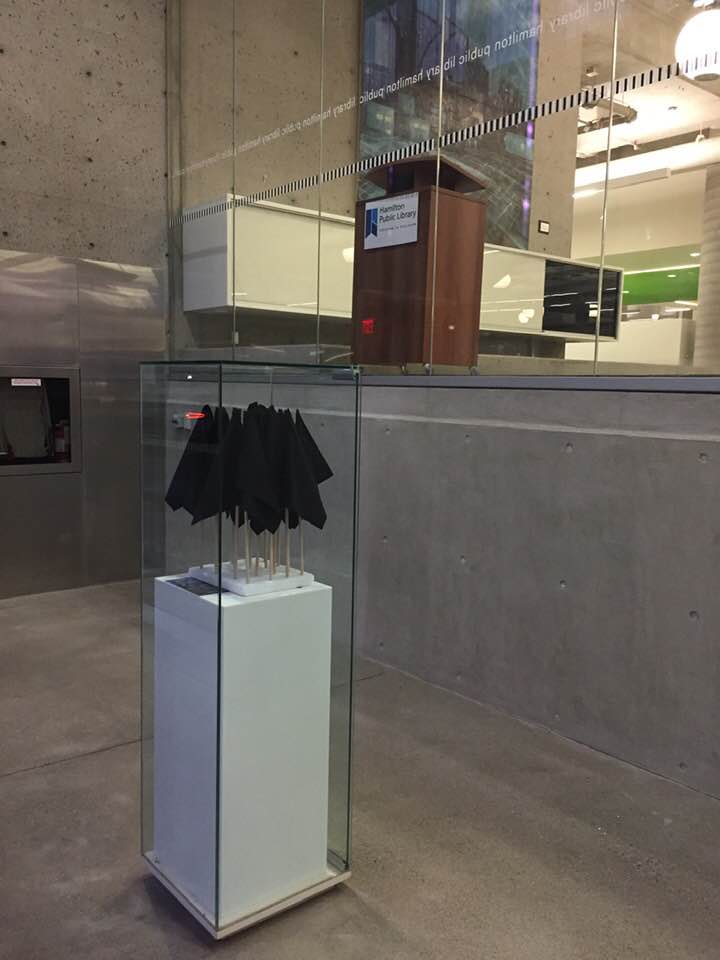 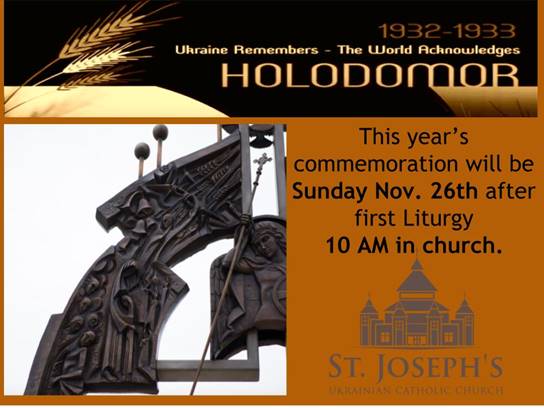 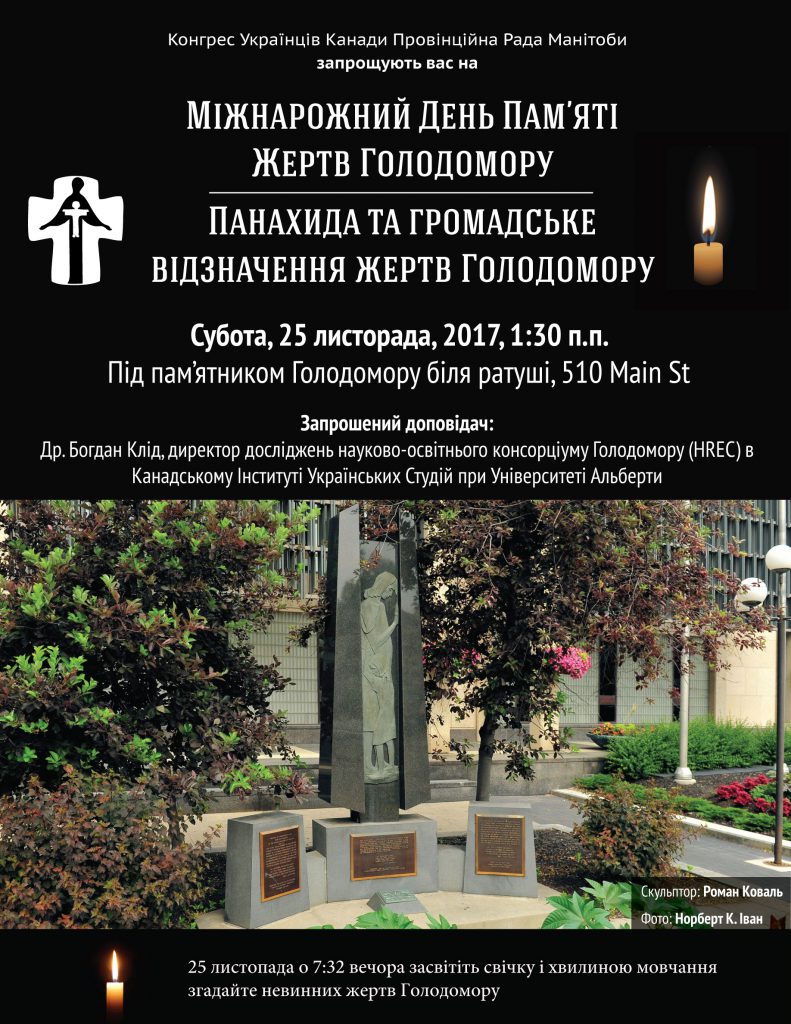 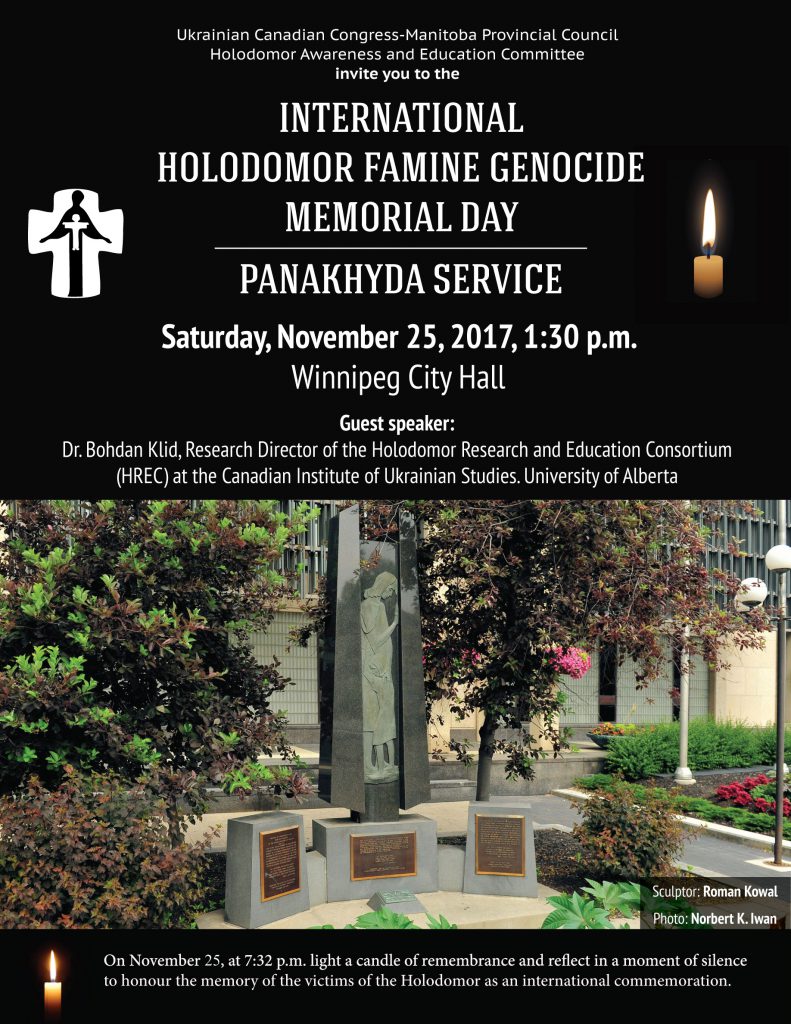