The Ukrainian Canadian Congress is pleased to report that the Postcards for Political Prisoners project was  launched in Ottawa in early December.

Show Your Support for Ukrainians Illegally Imprisoned by the Russian Federation!

UCC joins the Ukrainian World Congress (UWC) call on the international community to show its support for the many Ukrainian citizens illegally imprisoned by the Russian Federation.

Join the Postcards for Prisoners Campaign and send a postcard to a political prisoner! 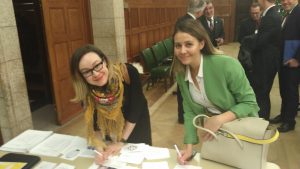