Ukraine: Weekly Bulletin
January 27-February 2, 2018
1. Russian Invasion of Ukraine
The General Staff of Ukraine’s Armed Forces reported that during the week of January 26-February 1, three Ukrainian soldiers were killed and five Ukrainian soldiers were wounded in action on the eastern front. Throughout the week, Russian-terrorist forces opened fire 19 times on Ukrainian positions on the Luhansk and Donetsk sectors of the front, including at least 9 times with heavy weapons.
2. Press Briefing with US Special Representative for Ukraine Negotiations Kurt Volker
On January 29, US Special Representative for Ukraine Negotiations Kurt Volker held a telephone press briefing following meetings with Russia’s representative Surkov. Volker stated, “2017 was a year of violence in Ukraine. It really was a hot war. The level of violence throughout most of the year was higher than in 2016, and [inaudible] that is probably violence since the war really began in 2014. It continues on.[…] On average a Ukrainian soldier has lost his life about three every week. […] So this tragedy needs to stop.
I have discussed this in great detail with the President of Ukraine, President Poroshenko when I was in Kyiv. Also with his National Security Advisor. […] We are working very, very closely with Ukrainians in all aspects of this. […]
Of course the U.S. objective remains the same from when I was first appointed and when we first launched this effort, as stated by Secretary Tillerson in Kyiv in July. And it’s very simply: we seek the restoration of sovereignty and territorial integrity of Ukraine and the safety and security of all Ukrainian citizens, regardless of ethnicity, nationality, or religion.
To the meetings with my Russian counterpart, they really kind of fell into three parts. The first part was my conveying to the Russian side a very strong sense of disappointment and frustration in Washington that Russia has done absolutely nothing to end the conflict or to withdraw its forces since we began this process when I was appointed in July. That is something that has been noticed and is a source of frustration in Washington. […]
A possible peacekeeping force. Here there is nothing that is surprising to any of you, we have this territory that is currently being occupied by Russia, and [the forces] are under Russian command and control. And the Russian side is concerned about Ukraine implementing political steps under the Minsk Agreements. The Ukrainian side is of course concerned that they can’t access the territory that’s still occupied and that there is no effective ceasefire and [inaudible]. So the Minsk Agreements say all of these things. They cover the political and the security steps, but it has, but discussions about that have really gone nowhere.
So the proposal that we put forward last summer was to have a UN-mandated peacekeeping force that would be able to provide security in the area if the Russians were to withdraw. That would create a secure environment, and in that environment it would create the conditions where Ukraine could implement political steps required by the Minsk Agreements. And then once that’s completed, you would have elections, local elections, and the territory would then be restored to Ukraine.” Volker’s full press briefing is available here:
Telephonic Press Briefing with Ambassador Volker, Special Representative for Ukraine Negotiations
3. Ukraine’s Cabinet develops package of 35 bills aimed at accelerating economic growth 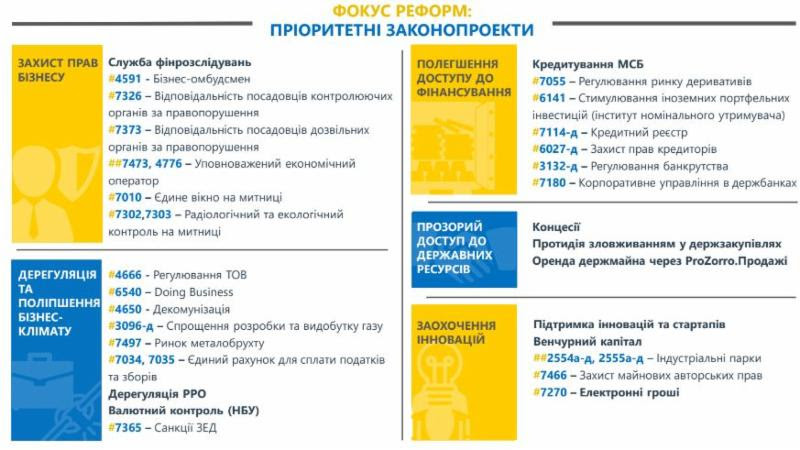 Ukraine’s Cabinet of Ministers has developed a package of 35 bills aimed at accelerating economic growth. The Cabinet reported  on February 1 that the bills focus on 5 main priorities – business protection, deregulation and improvement of the business environment, facilitating access to financial and public resources, promotion of innovation.
At a meeting of the Cabinet, Ukraine’s Prime Minister Volodymyr Grosyman “emphasized the elaborated package of documents encompasses several principal directions, in particular, transparent access to resources, deregulation, ease of doing business, business law protection, access to finance, and encouragement of innovation.”
Groysman stated, “We are focusing on laying the foundations for rapid economic upturn. We project an increase by 3%. But this is not enough, hence we need to create conditions that will allow us to move towards a new growth. It will be at least 5-7%. We single out this task as a medium-term perspective.”
4. US says planned Russian pipeline would threaten European energy security
On January 27, Reuters reported, “The United States sees the planned Nord Stream 2 gas pipeline between Russia and Germany as a threat to Europe’s energy security, U.S. Secretary of State Rex Tillerson said on Saturday.
Poland, Ukraine and Baltic states fear the pipeline would increase Europe’s dependence on Russian gas and provide the Kremlin with billions of dollars of additional revenue to finance a further military build-up on EU’s borders.
‘Like Poland, the United States opposes the Nord Stream 2 pipeline. We see it as undermining Europe’s overall energy security and stability,’ Tillerson said at a joint press conference with the Polish foreign minister in Warsaw. ‘Our opposition is driven by our mutual strategic interests,’ he said.
The United States has already sanctioned Russian companies over Moscow’s involvement in the Ukraine crisis, and foreign companies investing in or helping Russian energy exploration. […]
Nordic nations have already voiced security concerns over the pipeline being laid near their shores under the Baltic. But Germany and Austria have focused more on the commercial benefits of having more cheap gas from Russia.”
5. European Parliament hosts conference on Crimean Tatars in fourth year of Russia’s occupation of Crimea 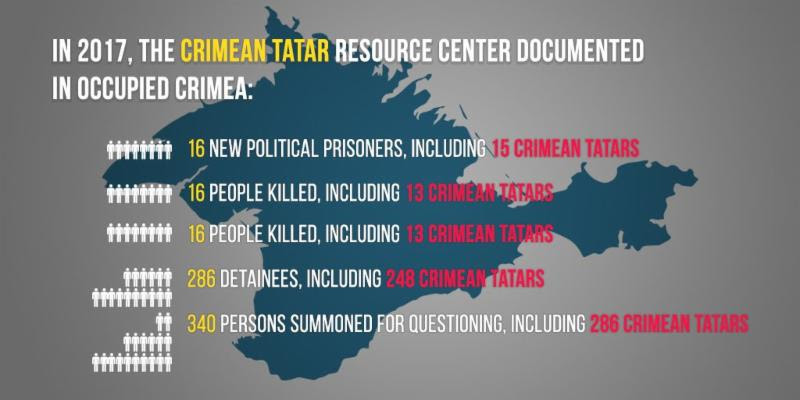 The Odesa Review reported, “On January 31, the European Parliament in Brussels hosted a conference devoted to the issue of ‘4 Years of Occupation: Ways to support Crimea and Crimean Tatars.’
The speakers relayed the extreme difficulty of the situation faced by the Crimean Tatar people in the 4th year of the occupation of their ancestral homeland, the Crimean peninsula. […]The conference focused on technical issues related to the de-occupation of Crimea in Brussels, and featured the undisputed leader of the Crimean Tatar people, Mustafa Dzhemilev.
Two deputy Chairmen of the Mejlis, the deliberative assembly of the Crimean Tatar people, Akhtem Chiygoz and Ilmi Umerov – who were freed from Russian captivity in October – and other political activists also took part in the discussions. The Crimea SOS organization was represented by its founder, Tamila Tasheva, whose family had been exiled in 1944 to Uzbekistan and only later returned to Crimea. […]
The systematic repression faced by pro-Ukrainian residents of Crimea and the Crimean Tatar community include the systematic kidnapping and torture of civic activists, enforced passportization (without which life in Crimea and access to government services is functionally impossible), a ban on freedom of expression and a prolonged process of economic and ecological degradation in the Crimean peninsula. The Crimean Tatars in particular are being targeted by Russian security forces, and have suffered more than 95 percent of the 1000 searches that have taken place in the last four years. […]
Chiygoz stated that it was the second time the Russians had exiled the Crimean people from their own homeland and that the Russian authorities do not provide responses to official requests from Crimean Tatar lawyers. […]
Dzhemilev spoke movingly about his life`s struggle and the plight of the Tatar people to a film theater full of Belgian youth, as well as members of the Ukrainian diaspora living in Western Europe. It was the 1432nd day of the occupation and each new day involved the harassment and humiliation against the dignity of the indigenous people of the Crimean peninsula.”
The full report is available here: European Parliament Hosts Conference On Crimean Tatars in Fourth Year of Occupation
6. Ukraine launching 5-year, $11 billion highway program
Ukraine Business Journal reported on January 31, “Ukraine is starting a 5-year, $11 billion program to build 1,000 km of highways and to repair 9,100 km more, the Cabinet of Ministers reports. The goal is to dramatically upgrade road links among the 24 regional capitals. This public works program should provide 55,000 jobs. About half of financing comes from the state budget, and about half from international financial institutions.”
7. Treasury Secretary says new US sanctions will follow publication of “Kremlin Report” 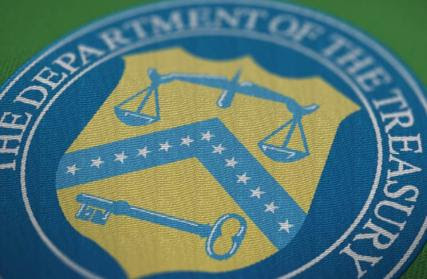 Bloomberg reported on January 30, “New U.S. sanctions will follow the publication of a list of Russian billionaires and top Russian officials, Treasury Secretary Steve Mnuchin said on Tuesday.
Mnuchin said the ‘oligarchs list’ wasn’t delayed by the Trump administration after it was published late Monday, just as a congressionally-mandated deadline was set to expire. While Treasury emphasized that people on the list are not necessarily subject to U.S. sanctions, the report has been denounced by the Russian government, which says it will further hurt relations with the U.S.
‘There will be sanctions that come out of this report,’ Mnuchin said in testimony before the Senate Banking Committee.
Some Democrats in Congress are upset that the report was not immediately accompanied by fresh U.S. sanctions to punish Russia for its alleged meddling in the 2016 election. Senator Sherrod Brown, an Ohio Democrat, accused Mnuchin of ‘slow-walking’ the report.
‘We will take the basis of that report and look at, as we do in the normal course, where it’s appropriate to put sanctions. This should in no way be interpreted as we’re not putting sanctions on any of the people in that report,’ Mnuchin said. […]
An accompanying report on the effect on Russia’s sovereign debt from possible U.S. sanctions was classified, Senator Bob Corker confirmed in a statement on Tuesday. Congress had requested an unclassified version of the report.”
0 Likes