Ukraine: Daily Briefing
February 22, 2018, 5 PM Kyiv time
1. Russian Invasion of Ukraine
The General Staff of Ukraine’s Armed Forces reported at 12:30 PM Kyiv time that in the last 24 hours, one Ukrainian soldier was killed and four Ukrainian soldiers were wounded in action. In the last 24 hours, Russian-terrorist forces opened fire on Ukrainian positions on the Luhansk and Donetsk sectors of the front 20 times in total, including at least 9 times with heavy weapons – artillery and mortars.
2. US Deputy Secretary of State: We will continue to stand with Ukraine until there is an end to Russian aggression 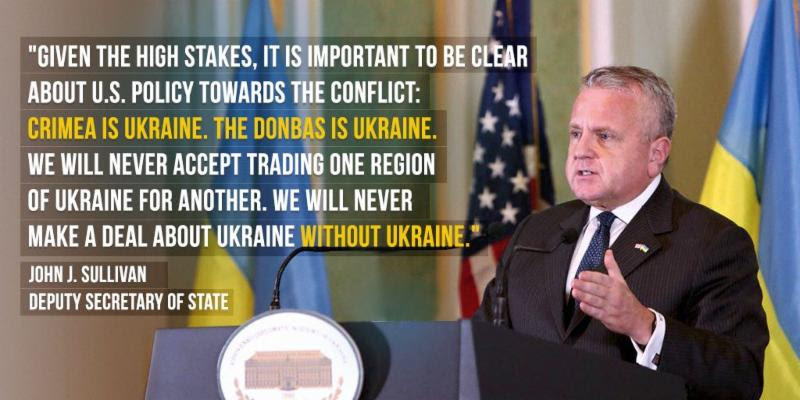