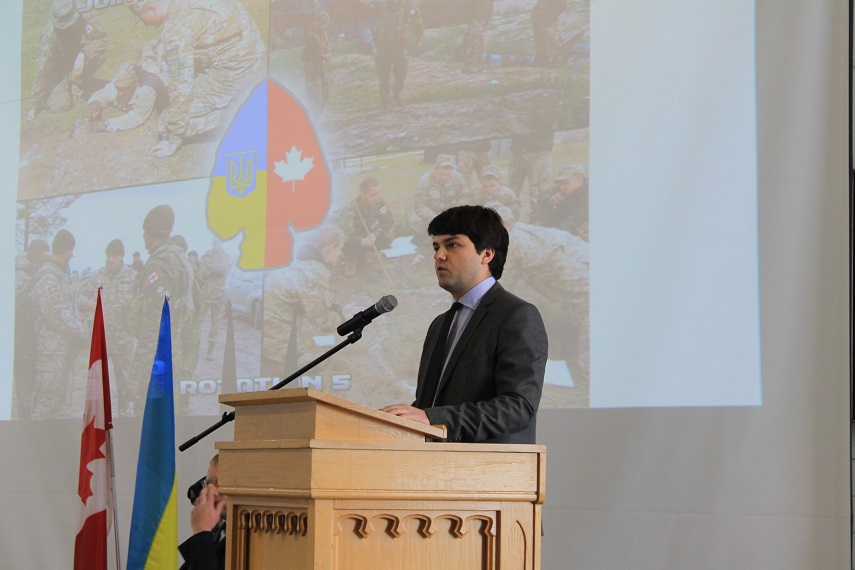 On February 15, the Ukrainian Canadian Congress (UCC) attended and participated in the departure ceremony for approximately 200 Canadian Armed Forces soldiers  out of Garrison Petawawa, who are headed to Ukraine as part of Operation UNIFIER, Canada’s military training mission in Ukraine.

This is the sixth rotation of troops, most of whom are from the Royal Canadian Dragoons from 2 Canadian Mechanized Brigade Group. This will be a six month deployment as part of Operation UNIFIER.

So far, Canadian troops have trained over 6,000 Ukrainian soldiers, contributing to the battle-readiness of Ukraine’s Armed Forces as Ukraine defends itself from Russia’s invasion. The Canadian government has pledged its support to the mission until at least March 2019. Cassian Soltykevych, UCC Executive Committee member, expressed his gratitude on behalf of the UCC noting that Canada’s involvement is emblematic of the strong bond between our two nations.

“We are truly proud of you and we are thankful for all that you do,” said Soltykevych.