To mark International Women‘s Day the Ukrainian Canadian Congress asked for stories of women who inspired us through their leadership and commitment.

The Ukrainian Canadian Congress is extremely grateful and proud of our mothers, grandmothers, aunts, sisters, daughters, wives and friends who dedicate their lives to their communities, churches, organizations, careers and Ukraine.
We are proud that many of our provincial councils, local branches and member organizations are led by women. We are also especially indebted to our women serving in Ukraine’s armed forces. You are our heroes! 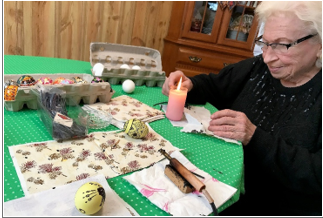 This is a photograph of my mother, Johanna Bidulka, from March 7, 2018. For decades, in the weeks before Easter, she spends countless hours at this table making Ukrainian Easter Eggs. She learned from her mother using a homemade stylus and dyes made from crepe paper. At 86, Mom continues this tradition and actively passes it on to her family and friends who join her around this table. Here dedication and skill and steady hand truly inspire me! 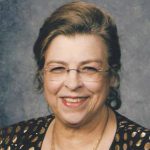 Possibly the most inspiring Ukrainian-Canadian woman of all time. 200 words just doesn’t do her justice. Instead, see her obituary: http://www.ucc.sk.ca/articles/322-lusia-pavlychenko-obit

Lusia Lydia Lubka Pavlychenko (“Miss P” to most) passed away peacefully at the age of 79 on November 25th, 2012.

It is difficult to assess the value of dance on the prairies without referring to Lusia Pavlychenko and the inspiration she was to others. Lusia was a Pioneer, a visionary, she has truly left a legacy that has changed the landscape of dance.  Lusia was an Honorary Life Member of the Royal Academy of Dancing, Canadian Dance Teachers Association, and Dance Saskatchewan.

Lusia was a visionary. She thought outside the box, she marched to her own drum and was determined to follow her heart’s desire thru gut determination and endless hard work. She studied Ballet at the Royal Academy of Dance in London, England. After inheriting a tiny ballet school from Shirley Whittet, her mentor and teacher, in 1954, she established the Saskatoon School of Ballet, still operating today as the Saskatoon School of Dance; she pioneered the concept of dance festivals and competitions for the purpose of exposing dance students to an audience. Lusia persuaded Dr. Gathercole, Director of Education, to agree to give dance study the same status as music studies by permitting students of the Royal Academy of Dance to take their dance exams during school hours without penalty.

In 1959 she co-founded the Yevshan Ukrainian Dance Ensemble with her sister Nadia. She then discovered her own personal opus when loyal students encouraged her to start the Pavlychenko Folklorique Ensemble (PFE) in 1967. This provided her stage, where her soul was able to soar as she expressed her love, joy and importance and influence of the Ukrainian culture and traditions to her life thru dance and movement. Her choreography was unparalleled. She communicated and spoke directly to the hearts of her students and audiences. Her accomplishments reached from coast to coast, and crossed oceans and included two soul-stirring tours of Ukraine which earned her honour in the Kyiv Choreographic Hall of Fame. Miss P originated the critically acclaimed Saskatchewan Dance Theatre, the first professional Ballet company in Saskatchewan.

Lusia received great pleasure from the connections she made and continued to make with her students. She simply loved to teach. With strict discipline and unyielding expectation of excellence, she mentored, guided and helped develop several generations. She had the ability to push her students and instill in them a deep love of dance and culture, to go beyond what they thought they were capable of. 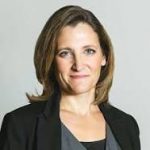 Ukrainian Canadian women are generous and hardworking. Maybe it’s in our genetics, being loyal to two homelands. I am particularly inspired by Minister Chrystia Freeland, Minister of Foreign Affairs of Canada.

She is a dynamic woman who juggles a high profile career and is raising a family of three children in the Ukrainian Canadian culture.  She is respected internationally at the highest levels and yet when we, Ukrainian Canadian women, need some support or advice, she is always there. A few years ago, with a group of women, I organized an event on March 8, to help free Nadia Savchenko. We needed a keynote speaker and  MP Chrystia gladly agreed to do this. She gave a wonderful speech full of encouragement and hope.

I particularly smile when I hear national broadcasters use the Ukrainian pronunciation «Христя» / “ Chrystia” , vs the English  Christine or Christina. She insists on this pronunciation signifying her deep connection to her Ukrainian roots.  The Canadian Minister is truly an inspiring woman who stands tall and gives her all! 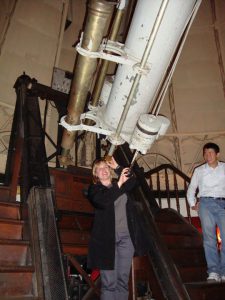 Dr. Alexandra Kindrat is an educator/research scientist from Montreal. She performs research on mathematics instruction, and research related to micro-gravity at NASA’s Johnson Space Centre in Houston, Texas, and on the International Space Station.  She is a private airplane pilot, and holds degrees from McGill University (Montreal), the International Space University (France), and Concordia University (Montreal). Dr. Kindrat is the recipient of educator awards conferred in Washington, DC, from the American Institute of Aeronautics and Astronautics, and Women in Aerospace.

Alexandra’s contribution is immense: her dedication to her students is remarkable. Her commitment to improving our understanding of aviation and aerospace and her willingness to share her knowledge is commendable. In the Ukrainian community, Alexandra’s willingness to join any committee is admirable. Dr. Kindrat is truly an inspiration to our community. 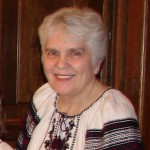 The woman who has inspired me is Roma Franko (PHD).

Roma Franko, together with her late sister Sonia Morris, represented a two-woman publishing force who dedicated themselves to the translation and publication of classic Ukrainian literature. Many of the selected Ukrainian authors and their works are hidden gems which have not been properly recognized or widely read.

The translated books are a gift to both the Ukrainian diaspora and non-Ukrainian readers as they make Ukrainian literature readily available to everyone. The protagonists and characters of the stories bring to life historical events and social issues that not only help us to better understand the past, but continue to be relevant today.

Of particular note, one of their earliest projects was the six volume “Women’s Voices in Ukrainian Literature” series of translated short fiction written by Ukrainian women authors. “A Hunger Most Cruel” contains works relating to the Holodomor capturing the horrific truth of that time.

Because of the dedicated work of Roma and Sonia, the heroic efforts of Ukrainian authors who captured the life and times of their era in their literary work can be read and appreciated by a much broader audience.