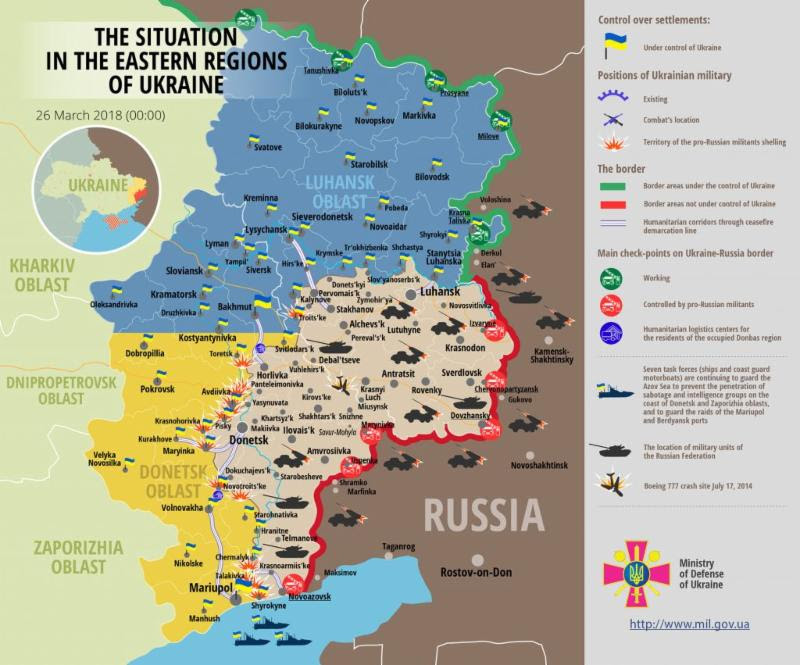 2. Canada expels Russian diplomats in solidarity with United Kingdom
Canada’s Minister of Foreign Affairs Chrystia Freeland stated, “The nerve agent attack in Salisbury, on the soil of Canada’s close partner and ally, is a despicable, heinous and reckless act, potentially endangering the lives of hundreds.
Canada is today taking action against seven Russian personnel. We are expelling four members of Russia’s diplomatic staff, serving either at the Embassy of the Russian Federation in Canada or the Consulate General of the Russian Federation in Montréal.
The four have been identified as intelligence officers or individuals who have used their diplomatic status to undermine Canada’s security or interfere in our democracy. For similar reasons, three applications by the Russian government for additional diplomatic staff in Canada will now be denied. All of these steps have been taken pursuant to the Vienna Convention on Diplomatic Relations and to the Vienna Convention on Consular Relations.
We are taking these measures in solidarity with the United Kingdom. These measures are not aimed at the Russian people, with whom Canadians have long and fruitful ties. Canada remains committed to dialogue and cooperation with Russia on issues where we face common challenges.
The nerve agent attack represents a clear threat to the rules-based international order and to the rules that were established by the international community to ensure chemical weapons would never again destroy human lives.
This is part of a wider pattern of unacceptable behaviour by Russia, including complicity with the Assad regime, the annexation of Crimea, Russian-led fighting in eastern Ukraine, support for civil strife in Ukraine, Georgia, Moldova and other neighbouring countries, interference in elections, and disinformation campaigns.
Canada fervently supports the measures that the United Kingdom has taken so far and remains resolutely committed to acting in concert with its allies.”
3. Ukraine expels 13 Russian diplomats in solidarity with British partners and transatlantic allies
Ukraine’s President Petro Poroshenko stated, “In response to a cynical chemical attack in Salisbury (UK), Ukraine, in a spirit of solidarity with our British partners and transatlantic allies, as well as in coordination with EU countries, decided to expel 13 of the remaining few Russian diplomats from the Ukrainian territory.
As it is known, our diplomatic relations with the Russian Federation are de facto frozen. Russia once again confirmed its dismissive attitude not only to the sovereignty of independent states, but also to the value of human life. Ukraine feels it every day in the occupied Ukrainian Crimea and Donbas.
Therefore, it is important as never before not to be limited to symbolic gestures. The next step is to increase the price for international crimes of Moscow, inter alia, through the increase of personal, financial and economic sanctions.
Our joint response to the Kremlin will continue to be decisive and rigorous in order to prevent new human tragedies and ensure respect for international law.”
4. US, EU states expel dozens of Russian diplomats over Salisbury chemical attack
Radio Free Europe/Radio Liberty (RFE/RL) reported, “U.S. President Donald Trump has ordered the expulsion of 60 Russian ‘intelligence officers’ in response to the poisoning of a former Russian double agent in England, while 14 European Union members and Ukraine also announced expulsions.
The nearly simultaneous announcements on March 26 signaled a united front in the face of what Britain and other Western countries say was the use of a military-grade nerve toxin against Sergei Skripal and his daughter, Yulia Skripal, in the English city of Salisbury.
Trump ‘ordered the expulsion of dozens of Russian intelligence officers from the United States and the closure of the Russian consulate in Seattle due to its proximity to one of our submarine bases and [plane maker] Boeing,’ a White House spokesperson said.
‘The United States takes this action in conjunction with our NATO allies and partners around the world in response to Russia’s use of a military-grade chemical weapon on the soil of the United Kingdom, the latest in its ongoing pattern of destabilizing activities around the world,’ it said.
The U.S. order includes 12 Russian intelligence officers from Moscow’s UN mission in New York, senior administration officials told reporters on condition of anonymity.
Other countries expelling Russian diplomats included the Czech Republic, Denmark, France, Germany, Latvia, Lithuania, the Netherlands, and Poland. European Council President Donald Tusk said that 14 countries were expelling Russians and that further measures could not be ruled out.”
5. Ryanair to start flying to Ukraine October 15
Ukraine Business Journal reported, “Ryanair, Europe’s largest airline, will start flying to Ukraine on Oct. 15. There will be flights from 10 European cities to Kyiv Boryspil and from five European cities to Lviv.
The Kyiv routes will be to: Barcelona, Bratislava, Gdansk, Krakow, London Stansted, Poznan, Stockholm, Vilnius, Warsaw Modlin and Wroclaw. The Lviv routes will be to: Dusseldorf Weeze, Krakow, London Stansted, Memmingen and Warsaw Modlin. Initially, Ryanair will use Boryspil’s Terminal D.
Making a clear bet on future of Ukraine’s air traffic, Ryanair is negotiating with Dnipro, Kharkiv Kherson, and Odesa airports, Infrastructure Mininster Volodymyr Omelyan posts on his Facebook page. Michael O’Leary, Ryanair’s CEO, said Fridayin Kyiv the company is to receive new Boeings in August for use next fall on the Ukraine routes. Talking to reporters, he predicted opening a Ukraine base and hiring Ukrainian pilots and flight attendants by 2020.”
0 Likes