The Defenders of Ukraine Fund, in the amount of $100,000, will be used for the rehabilitation and benefit of Ukraine’s wounded soldiers and veterans. In January 2018, the UCC and CUF signed a Memorandum of Understanding on the Fund and issued an open call for applications from organizations working in this field.

UCC and CUF expect to announce the successful applicants in early May.

“The Defenders of Ukraine Fund will provide meaningful support to vital projects that are assisting wounded warriors in Ukraine,” stated Victor Hetmanczuk, President of the Canada-Ukraine Foundation. “We were pleased to see so many applications from organizations doing excellent work in support of Ukraine’s brave war veterans.”

The Defenders of Ukraine Fund was established thanks to the generosity of donors for UCC’s Gala Reception in honour of Ukraine’s Invictus Team.  Read more about the Gala event by clicking here. 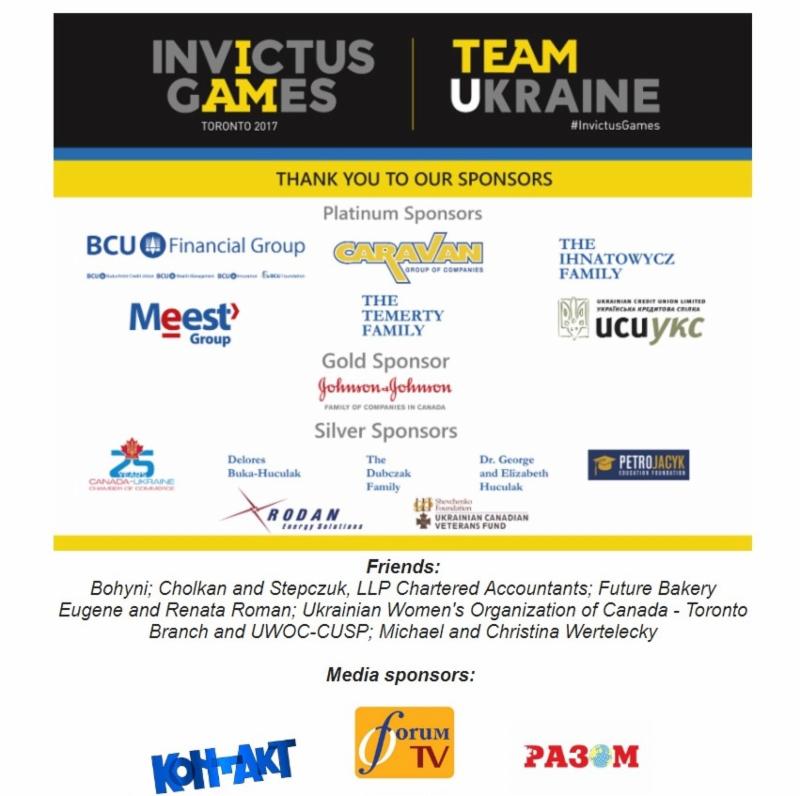 For over four years, Russia has waged a brutal war of aggression against Ukraine. Since 2014, over 10,000 people have been killed and over 23,000 wounded. Ukraine’s Armed Forces are defending their homeland against a foreign invader. They are Ukraine’s finest sons and daughters and they deserve our admiration, respect and support.